Bob Zeller's favourite cycling shoes, New Classics, from Reynolds, are still made by hand in England. 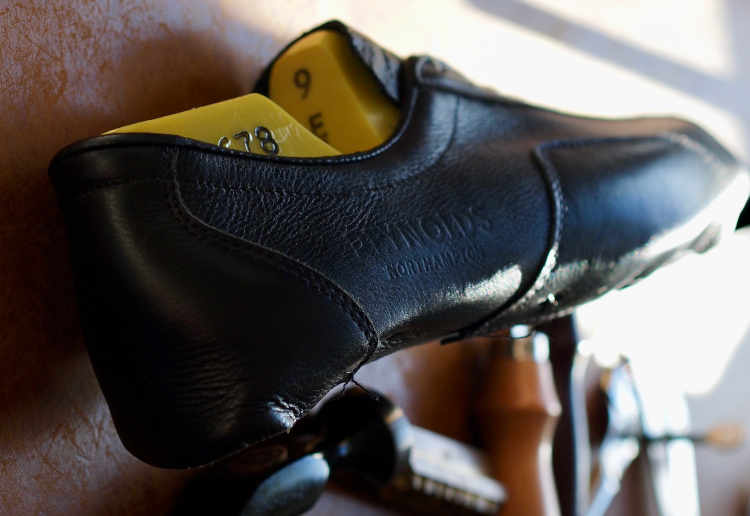 When I decided to replace a pair of five-year-old cycle touring shoes that were rather worse for wear, I was delighted to see that the leather Reynolds shoes I bought about 11 years ago, and which are still in excellent condition even after thousands of touring kilometres, are still being made. They have been wonderful shoes - the best that I had ever had - so I ordered another pair, much the same but now called New Classics, from the Northampton-based company.

Mind you, the price has gone up since my first order. I think I paid £90 at the time. My new ones, brown in colour, are £169, while their black ones are priced at £149. Happily, my new shoes are every bit as good as the first pair. The leather is magnificent and the stitching is in a brightly contrasting orange. Wonderful!

It's worth noting that the REW Reynolds shoe making company is not the same company as the similarly named TI Reynolds, which manufactures cycle tubing. REW Reynolds got its start in 1921 building bicycles, as did many local bike shops in the early days. Twenty years later, they added bench-made cycling shoes to their lineup.

Still designed for traditional quill pedals with classic toe clips (see more on toe clips), and not the more modern cleat-focused pedal systems that most cycling shoes have had since the early eighties, the New Classics have beautiful full grain leather uppers and a leather sole with a fluted shank running its length to control the degree of flex. As well, there is small bit of rubber overlay on the bottom of the sole to lessen foot slippage on the pedals.

The New Classic isn’t Reynolds’ only shoe. They also produce the Ralph, a shoe similar in some respects to the New Classic, but with a wider Goodyear Welted sole. It too is designed for quill pedals.

Not having worn a pair, I am not sure if the Goodyear welted sole makes much of a difference, but for some, that more elaborate sole carries a certain style cachet, at least. For a while, Reynolds also did a shoe for urban riding. Called the Brogue, and more of a boot than a shoe, it was discontinued so that the company could focus on the touring models.

David Smith, the owner of Reynolds, also hand-crafts the shoes.

The new designs came about after David Smith, a keen cyclist (he has eight bikes in his shed) bought the company in 2012. He had known about Reynolds ever since he was a child and rode to school daily on a route that took him past the Reynolds shop. It was just a local cycle shop in those days, but like many local bicycle shops, they not only sold regular bikes, they hand-made some as well. Those bicycles were beautiful and so intriguing to young David that he would get off his bike to stare longingly through the window. He never lost the sense of beauty and quality exemplified by those bikes, even after they stopped building cycles to concentrate on cycling shoes not long afterwards. But if he ever needs a reminder these days, he only has to look at the pièce de résistance of his eight-bike collection, a bright red classic Reynolds that he rides regularly.

Today’s New Classics are pretty much the same shoes as those that were used by cyclists up to the eighties. Before then, there was little or no difference in shoes worn by both touring and racing cyclists. But in 1984, the go-fast brigade began to switch to cleated pedals initially made by Look as – even at the start – they were a much more efficient way of pedalling. But, and this is a big but, that power comes at the expense of comfortable walking – something that most tourists do a lot of. We ride to somewhere, but when we get there, we walk about. Even before we get there, we often get off the bike and do a bit of exploring.

Fortunately, for me at least, Reynolds shoes are focused on the needs of tourists. And, in my view at least, they have managed to get exactly the right balance between efficient pedalling and comfortable walking. Even better than my earlier pair, in fact. There is now padding running the length of the tongue. A tiny change, it would seem, but with big results as it allows the wearer to get the lacing tight without undue pressure on the top of the foot. I never saw lace tightness as a problem before, at least until I wore the new shoes. I now see it as an enormous benefit, especially after being on the go for a few hours. 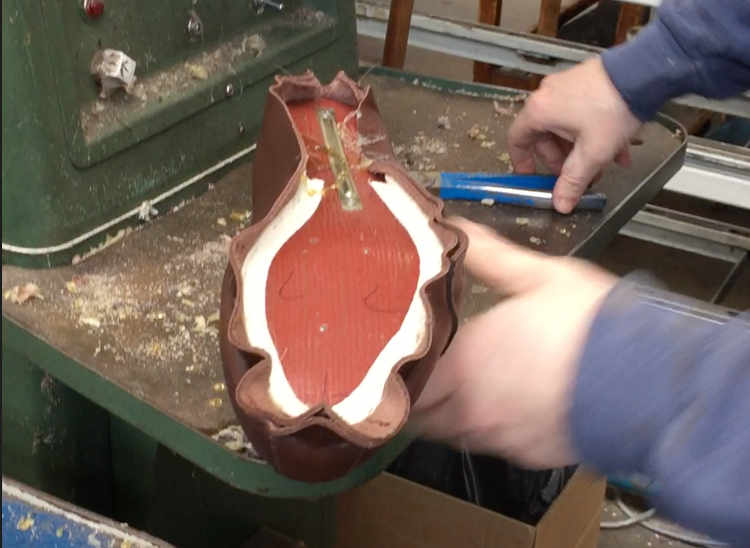 The shoes have a fluted shank to control the amount of flex.

Sizing for women, however, was an area that David thought needed tweaking and, after lots of consultation with customers, women’s shoes are now made using new women-specific lasts and that means a much better fit for women. As well, they are now available from size 4.

These are not the cheapest cycling shoes on the market today. Some brands start as low as £50 (€55) or less. Lots of others sell for more than £300 (€335). There are shoes that will provide more pedalling efficiency if you only ride sportives, always measure your time to the hundredths of a second and never get off your bike until you arrive at the finish line. But for almost any cycling  – and especially for touring – the Reynolds New Classics are great value and a joy to wear, both on the bike and off.

You can read why Bob wears toe clips here.

About Bob Zeller
Bob Zeller is a retired UK-based Canadian journalist who spent much of his professional life covering major European and North American professional cycle racing for the (Toronto) Globe & Mail, the Canadian Broadcasting Corporation, Winning Magazine and others. His beat included the the spring and autumn Classics, the Tour de France and the world championships. While he has enjoyed just about all types of cycling – sportives, audax and just riding his bike to the shops – it's touring that he has always loved the most. And it's touring in France that he enjoys the most.