The Arkel GT-18BP pannier is also an ideal day bag for when you're cycle touring, writes Bob Zeller.

On my last tour in France before COVID halted everything, my touring partner Jim Burke and I decided to take a day off from the bike. We were in Bayeux and the weather was awful – but that meant we had a perfect opportunity to do some proper tourist-style sightseeing. What a great time we had visiting the Bayeux Tapestry and a couple of museums. The only difficulty was carrying all the stuff we thought we might need while we were off the bike and walking about the entire day.

Cameras, phones, wallets, passports. Then there was the book I bought at a museum and the present for the missus back home. To be honest, carrying that stuff all day in driving rain was a pain.

I made a mental note that, in future, I should have something decent to carry everything in rather than the little string bag I always take when touring and hardly ever use because it is either too small or really uncomfortable on my shoulders. No, for an entire day's excursion, I would need something better.

Well, it took a couple of years, but I found the solution: the Arkel GT-18BP. 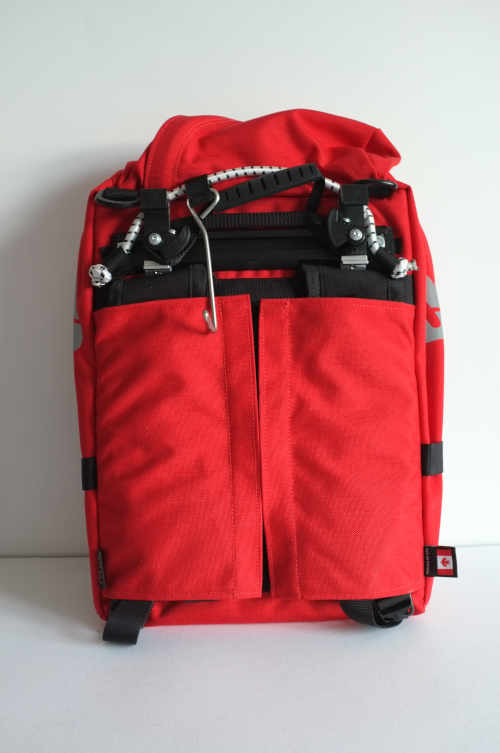 Very similar in many ways to my Arkel T28 panniers, the Arkel GT-18BP pannier is both an excellent pannier and an equally excellent off-the-bike rucksack.

Made using the same heavy-duty water-resistant and tear-proof Cordura material that Arkel uses for many of its panniers, it holds 18L. That's less than my regular panniers, which hold 28L, but still large enough for a day's outing.

Arkel designed this bag so that it works regardless of whether you're using it as a pannier on a rack or as a rucksack on your shoulders. 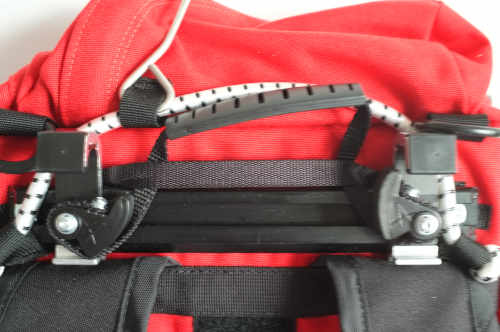 On the bike, it fastens to the carrier using the same trusty aluminium Cam Lock fittings and tension-controlled hook system that all Arkel panniers use.

To use the bag as a rucksack, the wide shoulder straps – comfortable no matter how much weight has been added – are uncovered from their Cordura-covered stowage area that has a bungy cord and hook that keep the bag secured to the bike rack (there's a 'packaway' area at the top of the bag). It's all rather crafty. You just have to make sure you have the hook fully secured because if it slips out of place, it can be a nuisance rubbing against your back.

Inside the bag's main compartment, which has an aluminium frame to give it shape, there's a roll-up waterproof bag to keep wet items separated from dry items, and a sleeve for small objects like a passport.

If you're concerned about the outer material being water-resistant instead of waterproof, can I suggest you have a look over here? If you're still worried after that, Arkel have optional waterproof covers available for the bags.

On the outside of the bag, there's a small mesh pocket that is perfect for keeping a wet jacket out of contact with dry stuff inside. There's also a good-sized zip-up pocket that could hold bigger things that you might need during the day – you don't need to disturb folded clothes or other 'bike stuff' stored in the main compartment. On the top of the bag, there's yet another pocket. On the bike, this is ideal for small tools and a puncture repair kit. On your shoulders, it's equally useful for a phone or small camera. Reflective logos are on the front and the rear. 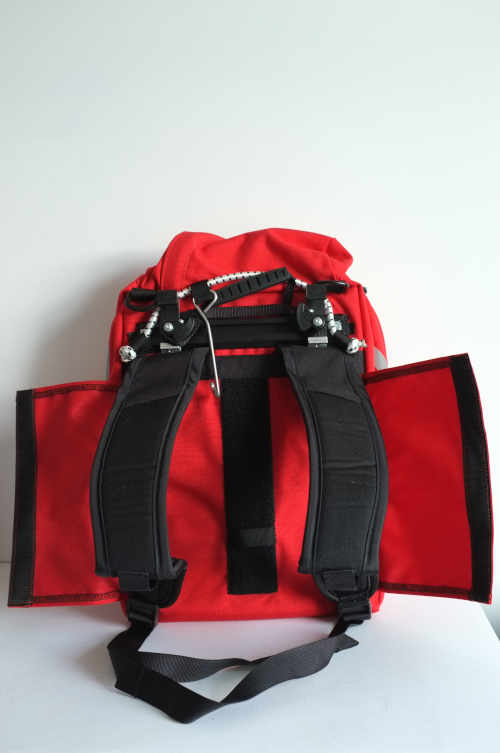 Some combination pannier/rucksacks that I have seen in the past seemed to favour one purpose over the other. But in this case, both seem to work equally well. Furthermore, I believe they will last. I bought my panniers made from the same material and hardware almost 20 years ago and they are as good today as they were when I bought them.

Incidentally, if you want a bag that's more of a commuter bag, then Arkel makes the Arkel Bug Pannier Backpack, which has a laptop compartment and a place to stow a helmet.

About our contributor
Bob Zeller, a now-retired UK-based Canadian journalist, spent much of his professional life covering major European and North American professional cycle racing for (Toronto) Globe & Mail, Canadian Broadcasting Corporation, Winning Magazine and others. His beat included the spring and autumn Classics, the Tour de France and world championships. While he has enjoyed just about all types of cycling – sportives, audax and just riding his bike to the shops – it's touring that he has always loved the most. And it's touring in France that he enjoys the most. 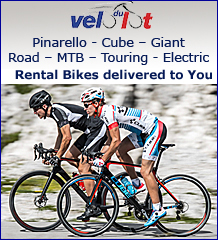