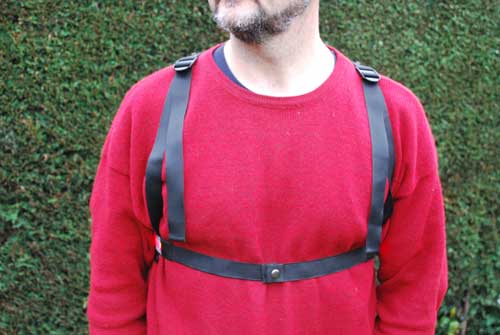 Compare to other lighting systems online

The idea behind this wearable safety aid is not just to be seen after dark, but to be seen from all angles and to be clearly recognised as a cyclist and to be treated accordingly.

The Pro Commuter X4 is a wearable harness that can be fastened directly around your body or around a rucksack. The straps can be fastened quickly and easily using its various press studs.

There are two elements to the lighting: a strong central red light activated by its own button and the surrounding illuminated strips, also activated by their own button. These two lighting elements can be used independently of each other (i.e. you can switch one or the other on) or you can use them together.

I found used them together as this made me the most visible. Using only the central light provides an incredibly bright central focus but doesn’t give the advantage of the luminous LED strapping, which helps you be seen from the side and even from above (for example, by truck drivers). 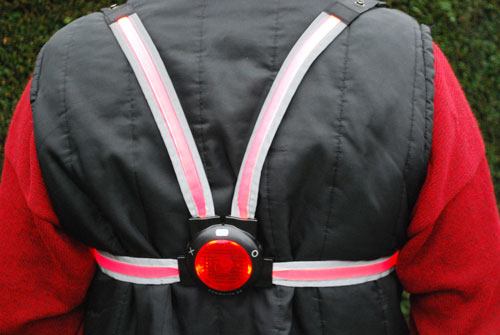 You can also toggle through several flash or constant light patterns with each button to find the most effective combination for your riding conditions. In busy rush hour traffic on a winter’s night, I found setting the central light on constant but on the less bright 30 lumens setting and having the straps set to flashing gave the best all round visibility. In different light conditions (e.g. early dusk) or different road conditions (e.g. a quiet unlit country road), a different combination might work more effectively for you.

The 70 lumen setting for the central light is very bright and would make you stand out even against other very bright lighting, though I found it overpowered the more subtle lighting on the straps to the point of being hard to see. 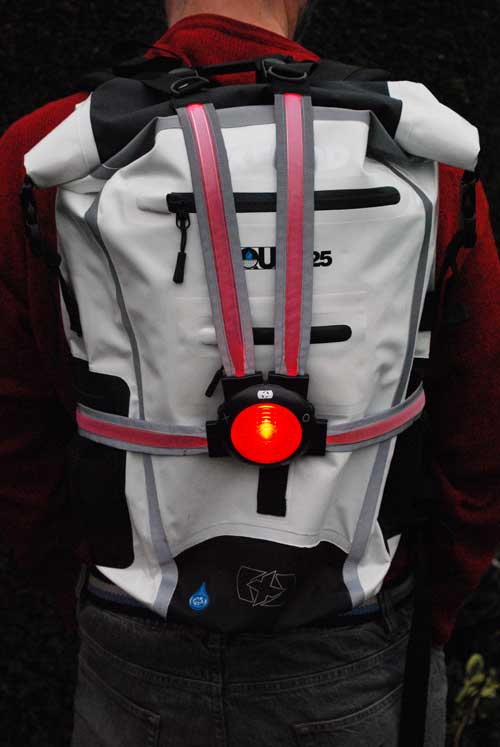 Compare to other lighting systems online

Legally speaking, you still need front and rear bike lights, so this is an additional aid and not a replacement for bike lights (see here for the rules of the road for cycling in France). Still, it’s mighty effective in helping you be seen from all angles and should last several years as it is waterproof. The rechargeable lithium ion battery lasts several hours and will take several hundred recharges before it starts to wear out.

I also found it easy and quick to get on and off and to fit around a 25-litre cyclists’ backpack.