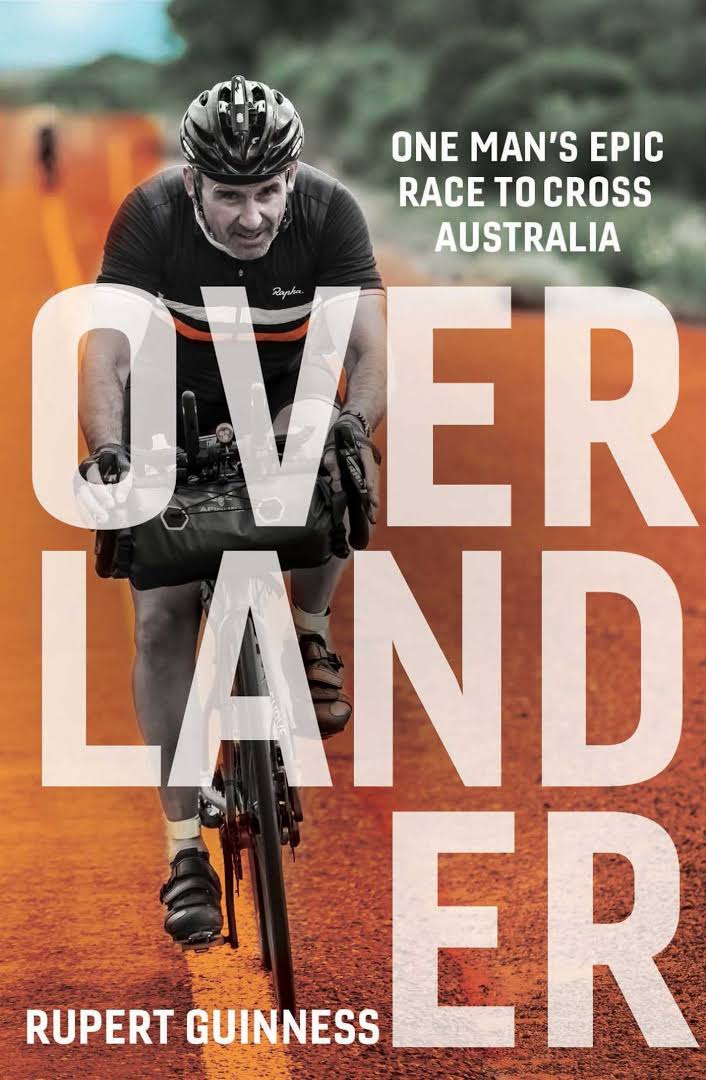 Overlander by Rupert Guinness
Published by Simon & Schuster
List price is $35 (Australian) but varies at retailers, also available on Kindle around the world.

Australian journalist Rupert Guinness will be familiar to many Freewheeling France readers for his years of reporting on the Tour de France, namely for The Sydney Morning Herald and The Age, and for his insights via the CyclingTips Tour podcast.

Overlander is not the book Guinness set out to write when he dipped his wheel in the Indian Ocean at Fremantle in March 2017 and headed east with 68 other riders on the Indian Pacific Wheel Race. That's because the inaugural ‘IndiPac’ ended abruptly in the death of leading endurance cyclist, Briton Mike Hall, a fellow competitor.

The impact of this horrific incident is felt throughout the book as Guinness relates its effect and implications. It looks at the immediate aftermath and emotional fallout of the tragedy, although the narrative remains the writer’s personal account of his own experience.

With great respect and sensitivity, Guinness tells the story of an epic bike race that tests the limits of human endurance, an adventure that puts what Hall did and Guinness and many others throughout the world continue to do, into context.

It’s a warts and all account, a journal of inspirational riding by ordinary people, physical difficulties, mental battles and it’s deeply emotional.

Although Hall is, rightfully, ever present, Guinness’ book is essentially a diary of an amazing challenge. It’s very well written, absorbing and informative, as you’d expect from a veteran sports journalist of Guinness’ calibre.

The reader feels his pain, cheers him on, wills him to the next roadhouse, hopes there’s a bed for him, celebrates his high points and wants to hug him when he’s low. There’s a lot of eating going on as well, as Guinness endeavours to take on enough calories to keep him in the saddle across the Nullarbor desert – but I stopped short of grabbing a burger in sympathy.

This is a compelling read and an inspiration to anyone contemplating a long-distance, two-wheeled adventure.

Overlander by Rupert Guinness
Published by Simon & Schuster
List price is A$35 but varies at retailers, also available on Kindle around the world.

About our reviewer
Julia Murfin is a journalist and PR based in the Yorkshire Dales. She spends as much time as she can on her bike or fellrunning on the hills of northern England.trag