Richard Peace reviews the bike-friendly Citotel le Cèdre in Noyon, on the Trans-Oise bike network in the Oise department. 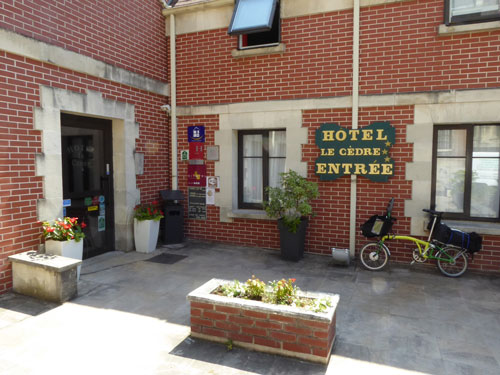 Noyon is one of those places that is probably very well known as an attractive destination to those who live in the region but less so to visitors from further afield. I was impressed by both the massive Gothic cathedral most associated with the town but also with the beautiful area around it.

It was my fourth night’s stop on my Lille to Paris trip.

Five things we like about Citotel Le Cèdre, Noyon

1. Secure storage and workbench: Citotel Le Cèdre is an accueil velo hotel so bike storage comes as standard, but the facility here was one of the best I’ve seen at any accommodation. It’s a locked shed in a courtyard and comes with a professional level repair tools. 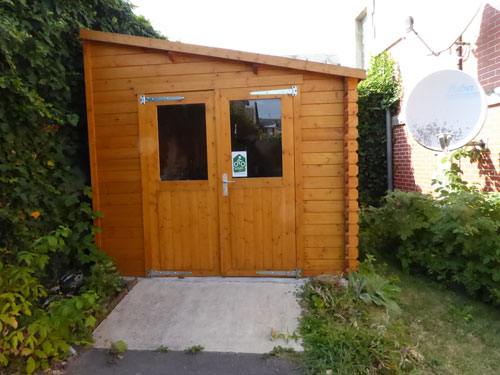 2. Great room: The whole hotel was immaculately kept and the room was no exception. I made straight for the Bosch coffee machine but there was also plenty of electric sockets for topping up mobiles, devices and e-bike batteries. 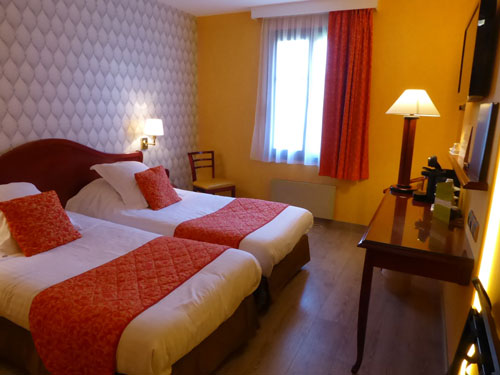 3. The location: It’s hard to think of a better spot to stay in Noyon than right opposite the magnificent Gothic cathedral which is just where the hotel is. The style of the hotel, though newly built in appearance, doesn’t jar but blends into its surroundings.

Just around the corner is the main square to indulge the usual pavement cafe sitting and there are plenty of local shops a quiet meander away.

4. Local family-friendly cycling: Noyon is just off the Trans-Oise bike route which hereabouts uses the Canal du Nord. It runs a few miles north and, if you haven’t seen much of continental canals close up before, the huge craft passing through the massive locks is something to behold.

Although the Trans-Oise to the east of was not on my route, it also runs along canal towpath and judging from the quality of the Trans-Oise sections I did use, I would be surprised if it wasn’t high quality. 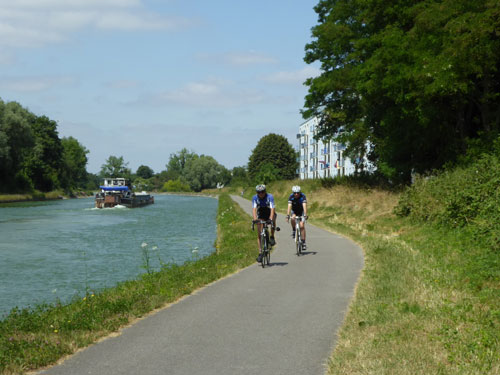 5. Helpful staff: One of our bike tyres developed a bulge and, being a small tyre on a folding bike, it’s a relatively unusual size. I explained this to hotel staff including a description of the exact ETRTO dimensions and they phoned a local shop a couple of miles out of town to see if they stocked them (a conversation in French that would have been beyond me).

Being out of luck there, they Googled further, suggested another local shop which would be open the following day and more likely to have spare tyres. It proved a success and I was on my way.

The Citotel Le Cèdre in Noyon is an ideal base with staff who have both good cycling knowledge and good local knowledge – a winning combination.