Richard Peace has this wrap of what was hot at the 2015 London Bike Show. 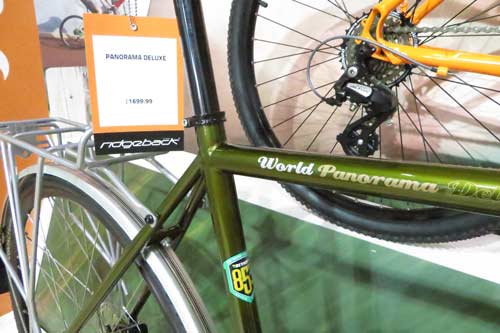 I took the trip out to east London's Excel exhibition centre last week for a look around the London Bike Show to see what new bikes and gear you might want to take with you on your next French cycling holiday.

Road bikes, touring bikes, and dirt road bikes of one kind or another were all well-represented.

Ridgeback was displaying some of its well­-priced classic-looking steel-­framed touring bikes, often updated with more gears and disc brakes ­ technology that is 'trickling down' onto all sorts of bikes.

If you want a retro look with modern technology The Light Blue has classic steel frame designs that also look great for extended tours. Their Darwin model jumped out at me, with its ability to take hub or derailleur gears of your choice. 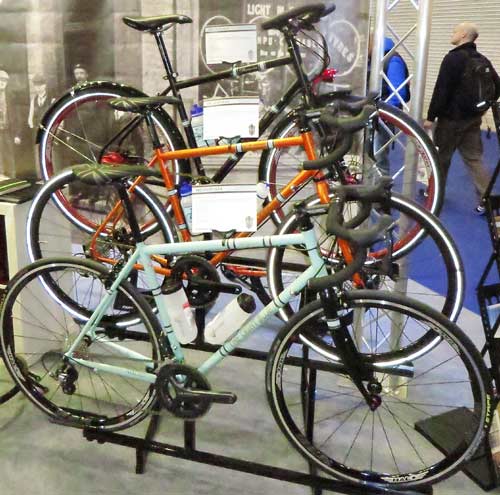 Also highly visible were the new breed of 'adventure road' bikes that have emerged from the highly specialist world of cyclocross bikes, aimed at those wanting some dirt road touring. Genesis, Surly and Cotic all had some great offerings. 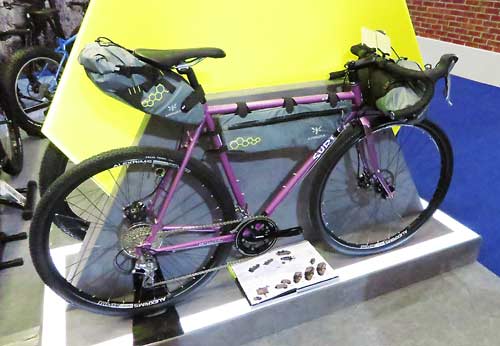 If you want something highly portable and folding for city hopping Dahon's latest smallest folder for 2015 is a 3­-speed version of their sub­-10kg, 16-inch wheeled folder the Jifo. It has gone from single speed to three gears and lost the ugly looking circular catch on the frame. 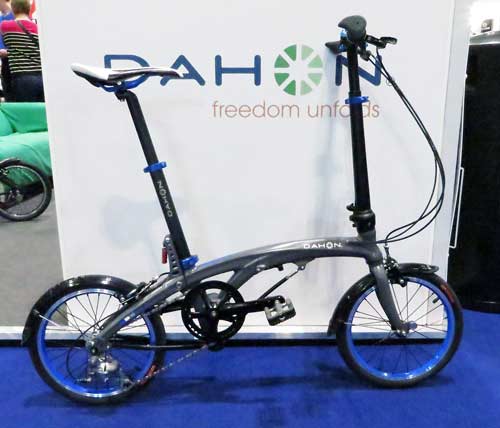 One concept yet to make it mainstream is 'bikepacking'. Apparently this idea ­ carrying gear in the lightest way possible by fixing it to your bike rather than a rack ­ originated with offroad, mountain bike crossings of the US.

Apidura makes bikepacking luggage that fits under your saddle, in your frame or on your handlebars. Whilst one of the main ideas is that you don't then have the extra width of panniers which can be a burden on very narrow tracks, it also looks great for those wanting to carry the latest lightweight camping gear in the lightest manner possible.

If you're a commuter or a tourer wanting lights you won't forget to take with you, take a look at Visijax's range of wearable electronic clothing. The motion triggered indicators – pictured on the jacket below – could be helpful in busy city traffic.

Looking for other potentially useful touring nick­nacks? The Upp is a portable hydrogen fuel cell (as far as I'm aware the first commercially available one) and is marketed as a take anywhere phone recharger. It works by plugging in exchangeable cartridges (available at UK apple stores) to the reasonably small fuel cell which then monitors charging of your mobile phone via an app, charging in the most efficient way. It could also potentially be used as a bicycle lighting source. It sounds a good idea and a real world field test sounds like a great idea, so watch this space... 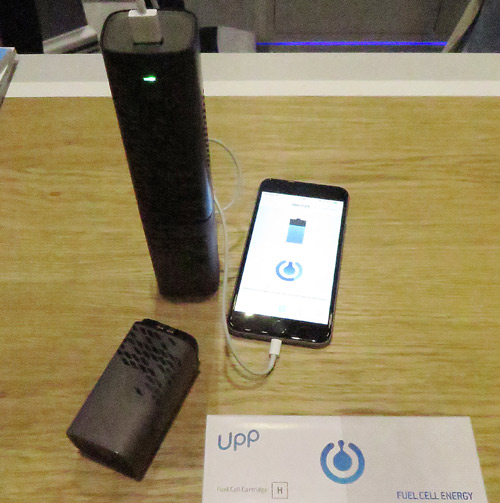 For hot southern French climes where you might find yourself in the back of beyond and needing to conserve water, the Spatap could be worth finding a corner for in your luggage. It's self­-styled billing as an 'eco friendly outdoor camp shower' might be taking it a bit far, but for handwashing and as a camp kitchen accessory when water is scare it could come in handy. The silicone attachment fits onto the bottom of a plastic water bottle and attached cords allow it to be hung up. Squeezing the 'bulb' squirts out a small amount of water or, for a constant flow, remove the plug.

Richard Peace is founder of Excellent Books, specialists in cycle publishing. He has made several tours of France (including on electric bikes) and is author of Cycling Southern France (UK, US), Cycling Northern France (UK, US), and Electric Bicycles: The Complete Guide (UK, US). He is a regular contributor to A to B magazine, Bike Europe and writes for Eurobike Show Daily.