Tracy Melass stayed at Hotel de France, a bike-friendly hotel at the crossroads of the Veloscenic Paris to Mont St-Michel bike route and La Velo Francette in Domfront. Here's what she thought of it. Photos thanks to Chenél Ferreira. 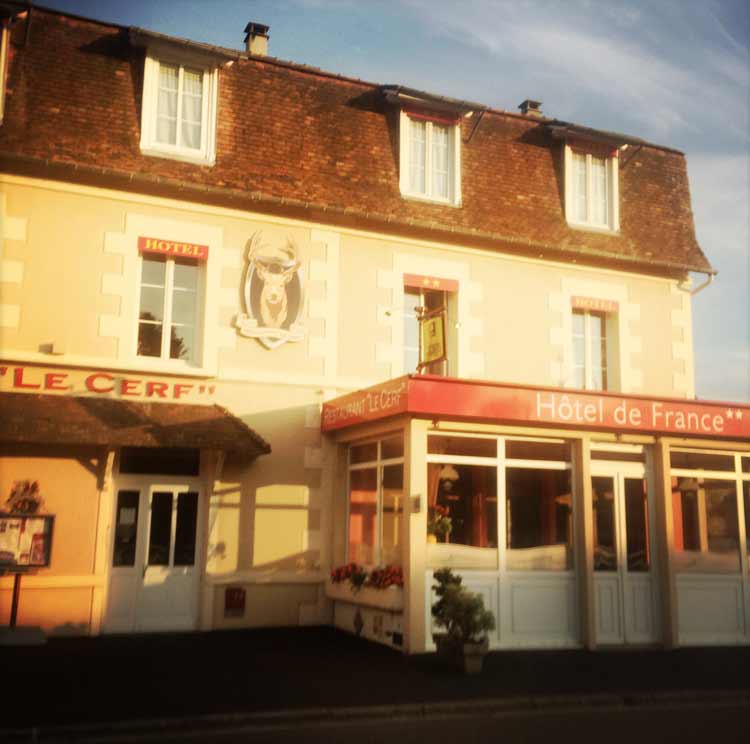 The steep descent from the historic old town of Domfort to the Hotel de France may have you quaking in your cleats at the prospect of repeating the process – upwards – the next morning... Until you realise the Veloscenic kicks off from around the corner. Very pleasing.

Don't let its bright red signage and strip motel appearance put you off. Hotel de France's rather banal facade hides a multitude of delights. Not least, the welcoming family-run vibe with everyone – from the grandchild to the dog – featuring in the picture.

There's safe and secure bike storage in a curtained off section of the dining hall – the bikes are easy to access and kept nice and dry. It's also the most stylish storage unit you'll ever see: black and white check tiles, to boot. There's a laundry service for bike clothes and free wifi too. 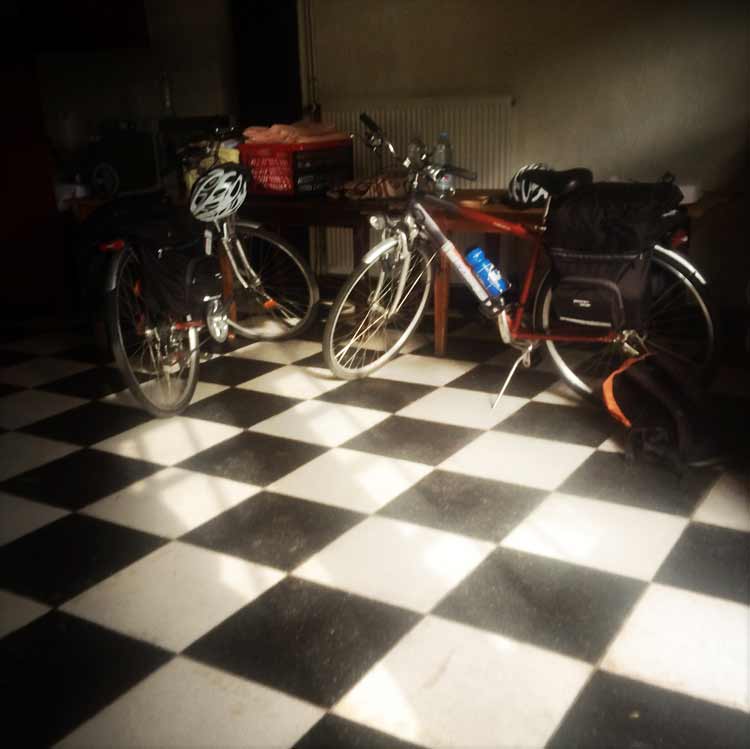 1) Eclectic doesn't even begin to describe it. It's a riotous mish-mash of knick knacks and decor styles; like someone's great aunt died and left them boxes of collectibles that they randomly displayed (in a good way).

2) High-tech towel warmers that double as dryers for rinsed cycling gear and socks. Try the turbo setting if you're in a hurry.

3) On arrival, you'll be told about the garden, clearly the highlight of the hotel. And rightly so. It's a green escape from the rigours of exploring the famed, hilltop medieval city: rolling lawn, lush plants and trees and bursts of colour. The grill restaurant has some wooden tables out there so you can eat al fresco if the weather's nice. You'll also get a better idea of the hotel building – a beautiful old stone house that's been converted. 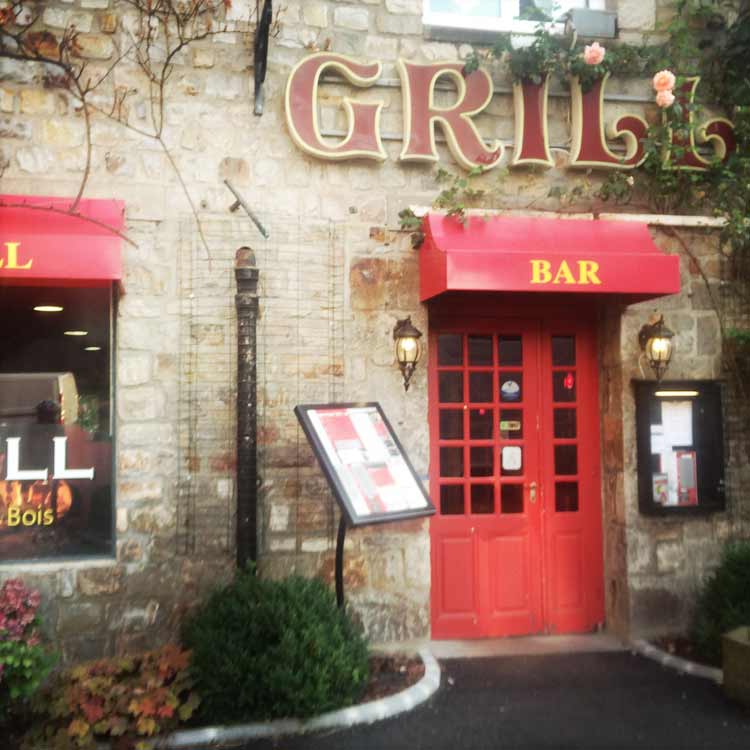 4) The menu complet is home-cooked delicious and fairly priced at €24. Food is unfussy, with generous portions and down-at-home appeal. And the staff are all friendly and charming. Each and every one. We were even waved off the next morning by assorted family members. 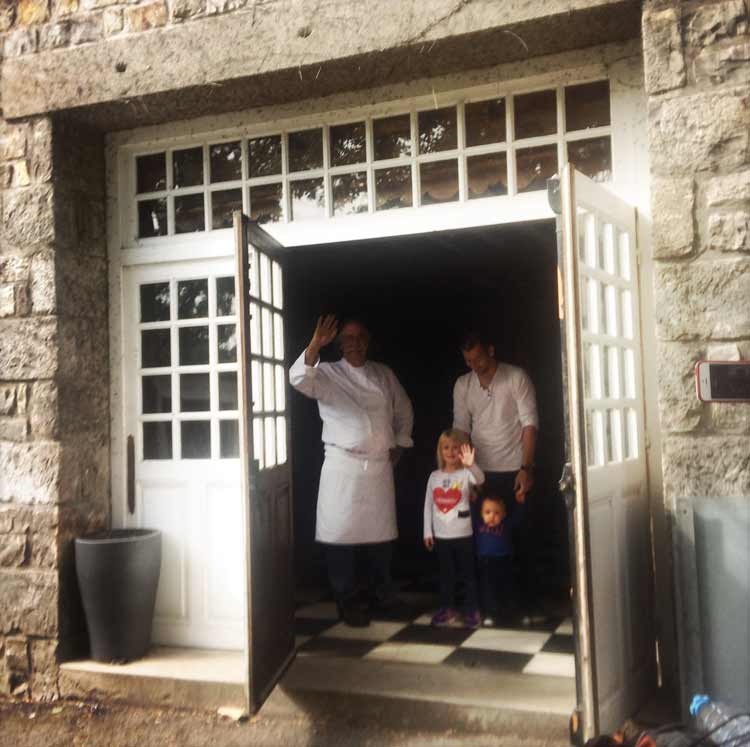 5) If you ask Madame, she'll have some fromage et jambon sandwiches made for your lunch that you can stick in your panniers (for a small fee). Convenient as there's no boulangerie or supermarket close by. Be warned: the squishy Camembert on warm baguette means you'll have to air you pannier for a while afterwards ...

See also our overview of cycling in Normandy and Tracy's full report from the Paris to Mont St-Michel Veloscenic bike route.