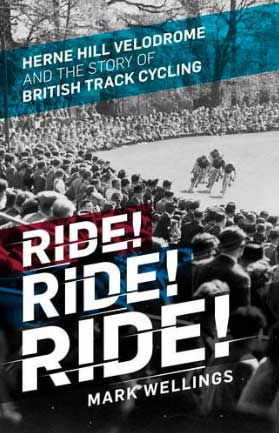 Over recent years there has been a dramatic increase in the number of cycling books being published, prompted by British success in the Tour de France and the one-day classics.

To some extent, however, track racing has been neglected – despite the achievements of GB riders beginning with Chris Boardman in the 1992 Olympics and continuing with Beijing in 2008, London in 2012 and the World Championships. With the publication of Ride! Ride! Ride!, that imbalance is rectified.

In a detailed and well-illustrated account, Mark Wellings takes us through the many stages in the development of Herne Hill velodrome and track racing in general. From the opening of the stadium in 1891 and the first famous Good Friday meeting in 1903, the book charts the growth of British cycle racing and the role Herne Hill played in it in an era when both track and road cycling were niche sports with little exposure to media coverage.

Moving on to the inter-war years when top-class riders from Europe came to race at Herne Hill, providing British riders with a rare opportunity to measure themselves against international opposition, and progressing through the Second World War, Mark Wellings portrays the difficulties facing the stadium in that troubled period. He also captures the intense excitement generated by the selection of Herne Hill as the venue for track cycling for the London Olympics in 1948.

But it is in the coverage of Herne Hill’s heyday that Ride! Ride! Ride! really comes alive. Following the Olympic Games and into the next decade, the book records the variety of events at the track, including the meetings following the World Championships and the amazing visit of Fausto Coppi in September, 1958. 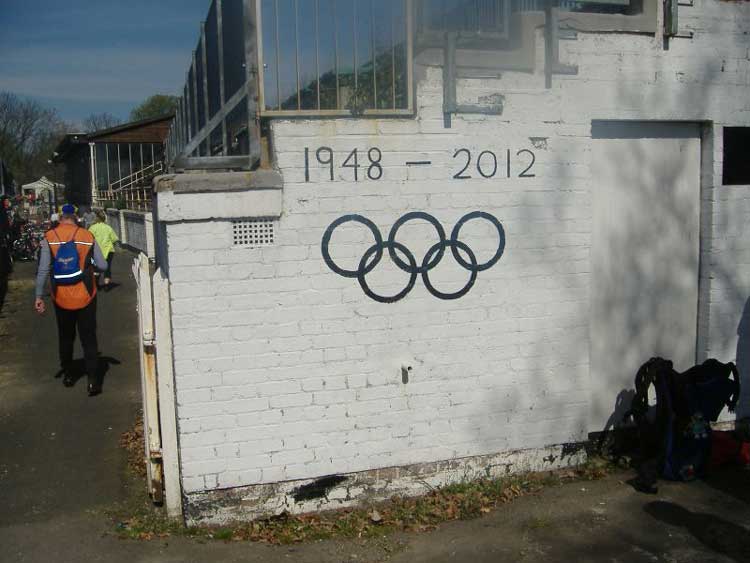 For someone who was lucky enough to watch racing at Herne Hill during that era, it was a pleasure to read an account which managed to depict the unique atmosphere of the open-air track and its attendant enthusiasts. The author also gives a brilliant insight into the coaching which went on at the stadium and of the stars who rode there, including Tom Simpson and Hugh Porter. 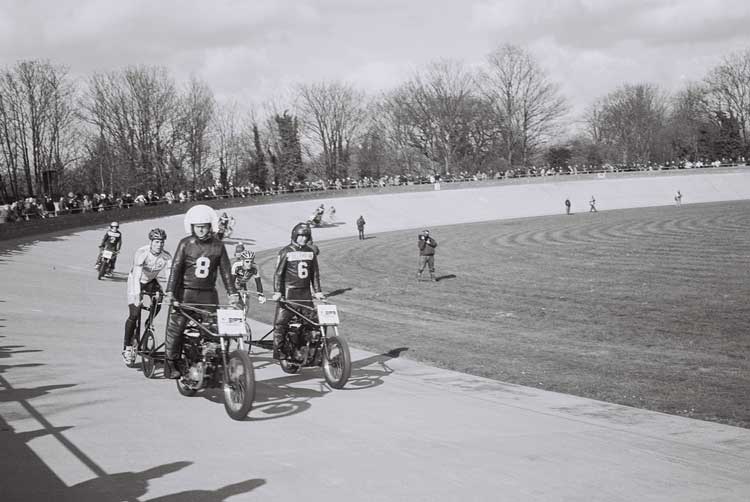 By 1967, with the building of a new track at Leicester, Herne Hill ceased to be the centre of British track cycling. Attendances fell and cycle racing began to be looked upon as a fringe activity. Mark Wellings charts the decline of this once great institution with equal attention to detail – its struggle to stay open as tracks closed around it and how funding became an issue in the turbulent late 1990s and the early part of this century. Yet despite all this, somehow Herne Hill persisted, even managing to hold the centenary Good Friday meeting in 2003.

As to the future? Ride! Ride! Ride! concludes on a note of cautious optimism. The track is undergoing a programme of regeneration which, hopefully, will secure the future. But with the publication of this book, Mark Wellings has ensured that those of us who are passionate about British cycling will at least have a sense of the debt we owe to this historic institution.

OUR REVIEWER
Peter Stickland was born in Windsor in 1933. Thanks to the French sports magazines Miroir Sprint and But et Club sent to him by his penfriend from Luneville, Lorraine as the Tour de France resumed in 1947, he developed a passion for cycling. While that passion never tempted him to become a cyclist himself, he remains an avid fan of the sport and has fond memories of going to the Herne Hill velodrome in his youth.