How would a £300 bike fare on the road in France? Richard Peace ponders the question after testing one of Giant's 2014 budget offerings. 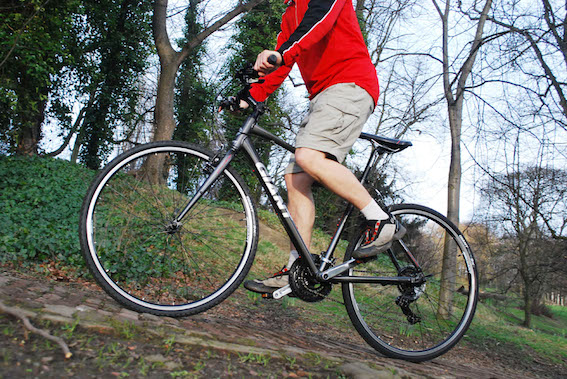 Giant Escape 3
RRP £299/€375
Available from Rutland Cycles
Note: We tested the men's hybrid; there is also a women's equivalent.

Touring around France means you need a touring bike, right? Well, since the advent, development and refinement of hybrid bikes over the last few decades, you now have a range of bikes that try to be all things to all cyclists – and in many ways succeed.

Giant's Escape 3 hybrid is a comfy, relaxed­-handling budget hybrid that looked a good contender for those wanting the luxury of a new bike for touring as well as commuting and day leisure rides, but without the expense of a tourer (the latter start at around £500).

The Escape 3 looked a likely choice on paper because of its relatively long wheelbase, decent length chainstays (good for fitting panniers) and fairly upright riding position – all suggesting the steady riding characteristics needed for longer tours where comfort and load carrying are just as important as the quick and sporty handling of many other hybrid bikes. The latter are fine for getting to and from work quickly and for sporty day rides, but if you want a long, lazy tour with loaded panniers, these qualities start to look less attractive and the Escape 3's slightly more conservative geometry starts to look a better bet, whilst saving you money over most racier offerings as well.

Other specs also lend themselves to light touring such as the relatively wide 622­32 tyres, the two bottle mounts and the mounting points for rack and mudguards. Best of all, though, of are the 21 speed (3x7) gears giving an impressive 420% gear range, the 22” bottom gear being quite suited to all but the steepest climbs, even with a touring load. 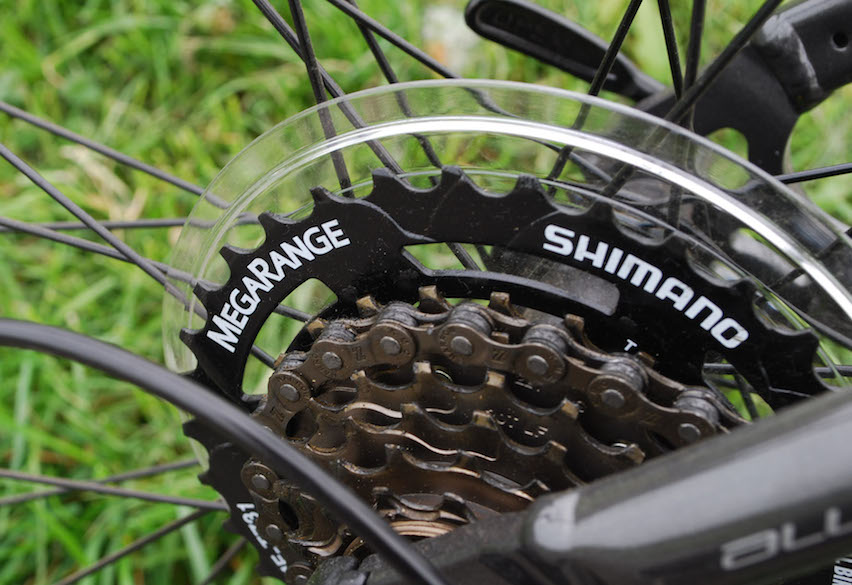 The semi­slick tyres will handle modest off-road conditions such as farms tracks and unsealed railpaths, and allow you to maintain speed when back on the tarmac with their 85psi rating. The only reason you might want to upgrade is if carrying very heavy loads and/or going on rougher surfaces where larger width tyres with beefier puncture protection may help (there is plenty of frame width to add substantially wider tyres if you want to go down this road).

The test ride proved the Escape 3 to be just about as good in real life as it looked on paper, my only minor grumbles being a rather hard seat and lack of an adjustable handlebar stem so you can alter your riding position at will. Both these though are easy and relatively cheap fixes.

Where are the cost­-cutting compromises that are inevitable on a £300 bike? Plastic brake levers, pedals and rear derailleur parts are certainly not first choice components on a bike you would want to be able to rely on on a long distance continental bike journey, but at least they are cheap to replace if they do break and can always be upgraded for better quality alloy components (and it's not as if  France is short of expert and helpful bike shops). Personally, the plastic pedals are the only thing I would upgrade straight away as these are likely to be the first thing to fail. 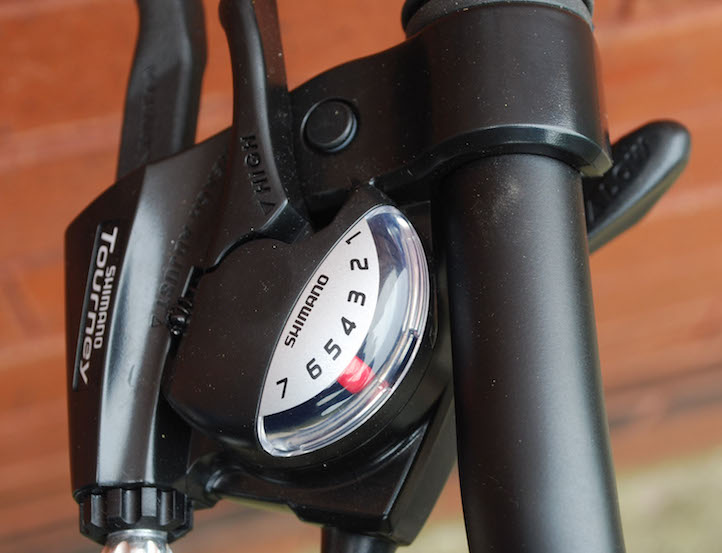 Once upon a time aluminium would have been frowned upon as a material for a touring frame, but alu touring bikes (at the 'budget' end of the touring price range anyway) are plentiful these days, so Giant's own brand aluminium alloy frame (together with decent strength 32 spoke 2 cross wheels) starts to look an even better budget buy, and should give you many happy hours pedalling around France as well as at home.

I measured my medium sized test bike at 12.82kg which is quite respectable for a bike of this price (there are five frame size choices: xsmall, small, med, large, xlarge); indeed it's in keeping with the Escape 3's hidden potential as a great value tourer. Whilst the Escape 3 might not be as fast or as light as the Boardman reviewed here, in many ways it actually has a better spec for loading up those panniers with baguettes and wine and and climbing those Gallic horizons whilst drinking in the scenery.

Giant Escape 3, RRP £299/€375
Available from Rutland Cycles.
We tested the men's hybrid; there is also a women's equivalent available.