Richard Peace road-tests the Focus Thron Impulse, an electric mountain bike that does an incredible 100 miles on a single charge. 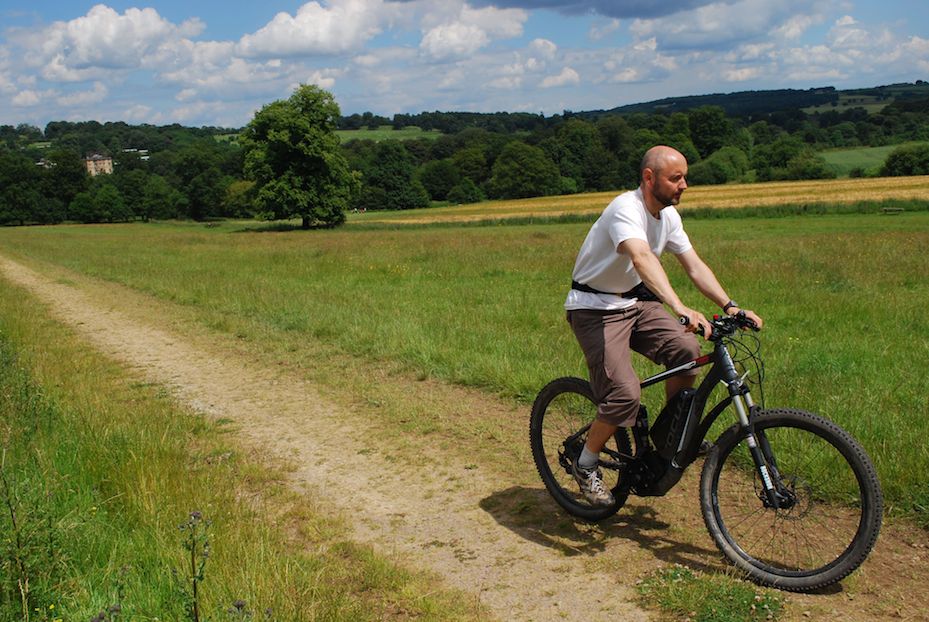 Often fancied mountain biking in France's more challenging territory but thought it was only for the superfit, superlithe (and possibly much younger...)?

It's a pedelec – meaning switch it on, pedal and the motor power comes in well-coordinated wafts driving through the pedals cranks and chain to the back wheel; in effect it feels like you have bionic legs.

There are three power levels and in the terrain I tried it out on – usually broad but steep tracks and roads – I found the lowest Eco setting gave appreciable power; only on the very steepest gradients (around 20%) did I start to really feel the effort. Most of the time I got a gently exhilarating rather than an exhausting workout. 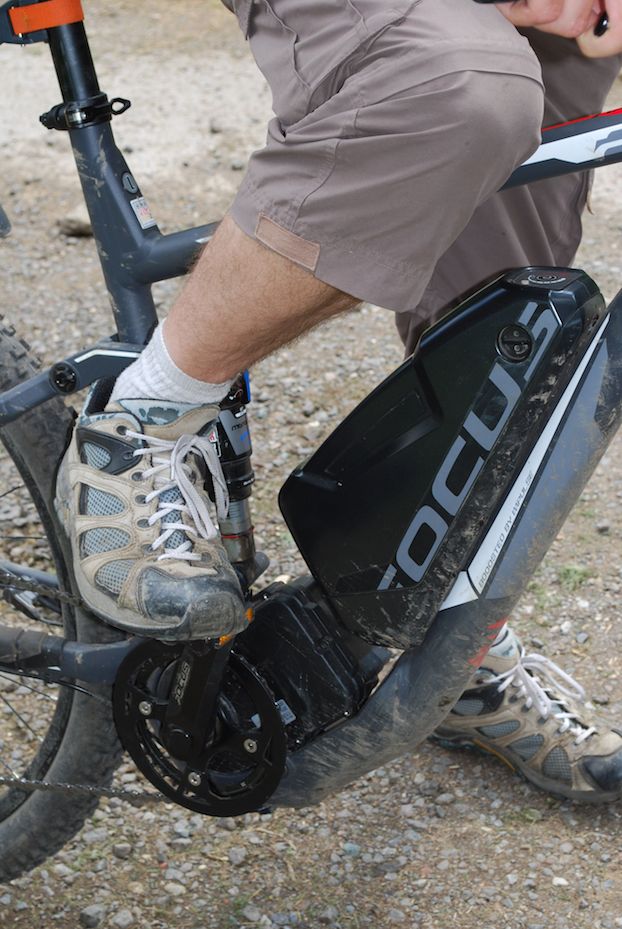 For occasional sections of rougher, steep singletrack, I found myself going into one of the top two settings where there was power to spare, with plenty of wheelies and impromptu wheelspins.

Most amazing of all, I managed more than 100 miles on Eco setting over hilly terrain, including plenty of steep uphills of the kind that could easily be found in the French Alps.

Amazingly the makers have managed to pack in 612Wh of battery capacity into a package that weighs only 3.25kg, or around 190Wh per kg – around 20% more than the best on the market of a couple of years ago.

Electric-assisted off-road riding had been hampered by the fact it takes so much more effort – and hence battery power – to carry you over the terrain and the range of earlier eMTBs was fairly limited by battery size.

But on this bike, even over the most demanding terrain, with full power required all the time, I reckon a range of 30 miles was well within the bike's capabilities (for a 70kg rider like myself, that is). With the Kalkhoff-powered Focus range of MTBs the genre seems to have come of age.

Although appreciably more expensive than the hardtails in the range, I chose a full-suspension model as it gives the ability to tackle rougher terrain than a hardtail, and I reckon it will be kinder to the frame-mounted battery; batteries of any kind don't like knocks and bumps and a replacement (albeit in several years' time) is likely to cost many hundreds of pounds.

Kalkhoff claim they are good for well over a thousand recharges. Even if you only do 50 miles per charge (using higher power levels), then the battery should be good for around 50,000 miles, at least, if Kalkhoff are right. Battery charges are recorded on the battery software, so this should be an easily demonstrable claim. In any event, UK distributors 50Cycles offer a two-year guarantee on the bike (including the battery).

The rest of the bike behaved very well on the trails with both front and rear suspension soaking up large rocks and roots and locking out with manual controls quickly and easily for road sections; you don't bounce up and down like a pogostick when out of the saddle on a steep road climb. The unforgiving saddle was the only source of discomfort, but that's easily changed. 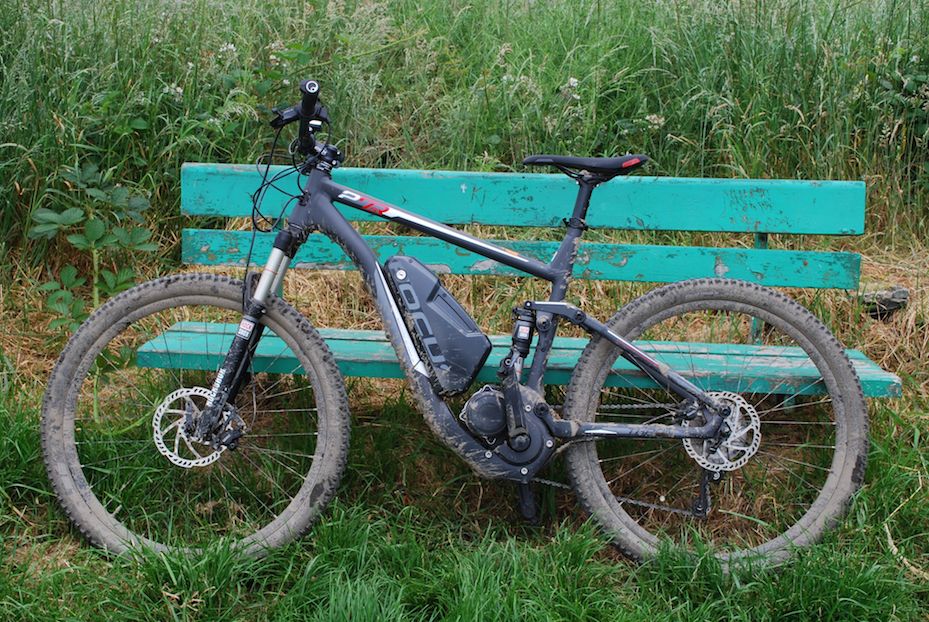 Total bike weight (inc. battery) on my Park bike tool scales was around 21.8kg – not earth shatteringly light for an electric bike, but very good for one with this amount of power and battery capacity and full suspension. I found it quite easy to ride with the power off on the flat, though on slight inclines you certainly felt the extra weight (but with bikes of this quality and range, you shouldn't really ever need to ride it unpowered).

An RRP of £2995 might sound expensive, but I think the bike looks like a great buy; there are plenty of non-electric mountain bikes available at this price and competitor brands using 2014 technology on full-suspension bikes are several hundred pounds more expensive. The motor really does bring a whole new capability with the potential to make slightly reluctant mountain bikers into born-again enthusiasts.

50Cycles say this model is disappearing fast and may soon be sold out until next summer, but there are several other eMTBs in the range.

Cycling journalist Richard Peace has made several tours of France on electric bikes; he is the co-author of Electric Bicycles: The Complete Guide. He is also co-author of Cycling Northern France and Avenue Verte: London to Paris by Bike (UK, US) guidebook. He is a regular contributor to Freewheeling France.