Richard Peace took to the road on the new 2014 Boardman Hybrid Comp Bike in search of a commuter bike that could be adapted to touring in France. Here's what he thought of the ride. 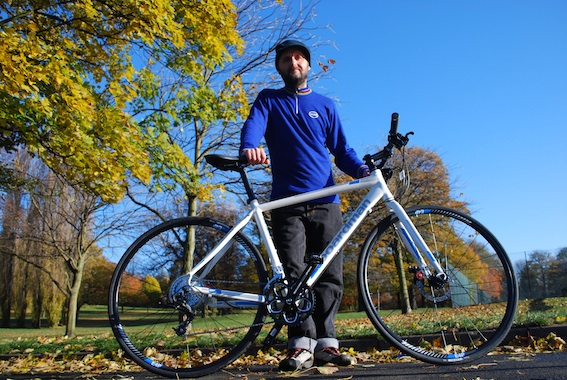 Chris Boardman won an Olympic cycling gold back in 1993 and went on to break the fabled 'hour' record. One of his many projects since retirement from cycle racing has been the establishment of Boardman Bikes and they have garnered a reputation as being good value for money and sporty high performers to boot.

Boardman is clearly proud of his personal input into the designs and has remained at the heart of British cycling research and Team GB's pursuit of two-wheeled speed and Olympic success; in short Boardman bikes aren't just a branding exercise.

The Boardman collection is split into the more budget (but still very well-specced) Performance Series, sold exclusively through Halfords, and the higher end Elite Series, sold through a network of independent retailers.

I chose the Boardman Hybrid Comp from the Performance Series as it looks ideal as a sporty commuter that could double as a good choice for that next touring trip to France (the frame easily allows for the screwing on of a pannier rack and mudguards). 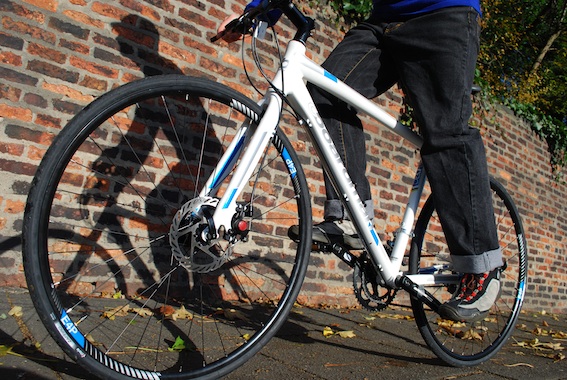 First impressions are of a quickly accelerating bike with snappy gear changing and very sharp powerful braking from Avid BB5 cable-operated disks (especially if you are not used to riding disk brakes on a day to day basis).

It also feels light to ride and to handle and is very light for bikes at the RRP of £500 (weighing in at 11.4kg on my scales). It handles quite nimbly at lower speeds and feels stable at higher speed - meaning the very smoothly welded, attractively styled frame is doing its job in terms of geometry as well as looks.

If you are a more sedate rider or looking to take this bike on longer tours, you might want a slightly more upright, comfortable riding position (though this applies to many fast and sporty hybrids). This isn't a major drawback as riser bars or a more upright stem would easily make for a comfier but maybe slightly slower riding position. A plumper saddle might help too.

A gear range of 28" to 123" (around 424%) from the 18 gears means plenty of low gears for climbing and a top gear to satisfy the most hardcore downhill speed freaks.

If you changed the tyres to a decent, wider touring tyre (something like a Schwalbe Marathon Racer), the bike would be transformed into something that would handle trails much more comfortably, most likely without any noticeable loss of speed on the road. Add mudguards and a rack and you are starting to look at something capable of short tours on roads and tracks, even if you might not want to take it on a month-long off-road odyssey around the Alps. 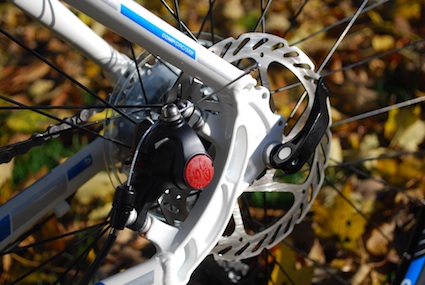 At this price, most of the spec fits into the good quality budget category but seems pretty well-chosen. Things such as the SRAM X5 gear components and BB5 cable operated disk brakes are dependable and reliable in terms of quality performance and durability. The X5 derailleur is fitted to many off-road capable bikes too so it should be reasonably robust (in as much as a rear derailleur can be compared to hub gears).

The 32 reinforced hole double wall rims look up to the rigours of city commuting on potholed UK streets and light to moderate touring for that matter as well. The tyres are a budget model (Zaffiro) from Vittoria and are high pressure road bike tyres (up to 120psi) with some puncture protection. They roll well but it's hard to comment on how hard wearing they are without a few hundred miles under wheel. 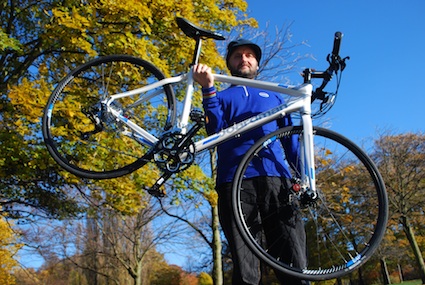 Value for Money and Rivals

Hoy Bikes are the obvious rival, similarly using an Olympian's industry clout and a major bike chain's direct purchasing power. The Shizuoka .001 is the most direct competitor and for only £50 more it boasts hydraulic disk brakes and claims a lighter weight (bike weight figures given on websites are almost invariably heavier than the bike you get...). On the downside it has fewer gears and a narrower gear range; perhaps a case of swings and roundabouts.

Personally I prefer the simplicity of cable-operated disk brakes (hydraulics, for all their added stopping power, are harder to fix when they do go wrong). So as a light rider who also tours with fairly light loads, I would lean in favour of the Boardman, on a paper comparison at least. I'll endeavour to get a Shizuoka on test for a more instructive comparison.

You could go for a more upmarket Boardman hybrid model, but as the prices start to rise steeply, it would seem to be a law of diminishing returns as the grams drop off ever more slowly and the gear ranges increase at a similar pace; for most leisure riders the Hybrid Comp is a great bike, combining sensible features of road and mountain bikes and represents great value for money.