Published by Andrew on 3 November 2016

Electric bikes are opening up cycling to a wider range of abilities. Richard Peace reviews a kit to upgrade your current bike in case you need a little boost. 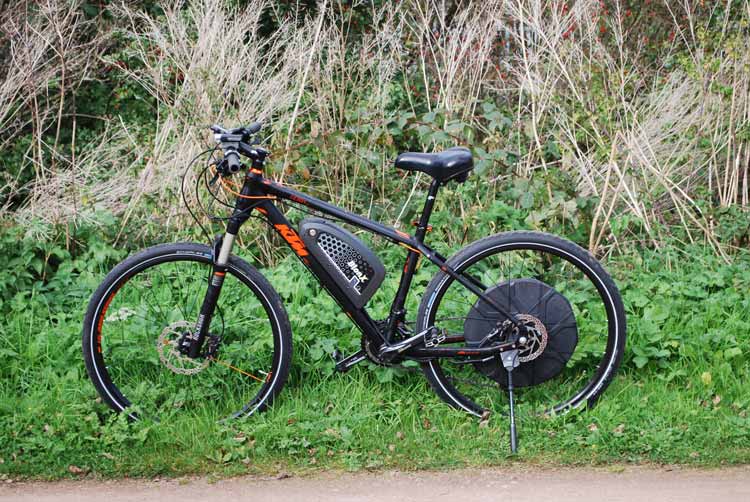 BionX's D-series motor kit has to be one of the most unusual power assist retro-fit kits out there. The rear hub motor's huge diameter and extremely thin width are undoubtedly its most eye-catching aspects, the large diameter claimed to generate much extra torque when compared to standard gearless hub motors.

By way of background, gearless hub motors (unlike most geared ones) are generally very quiet in operation and, having the ability to be thin, allow a wide-ranging rear gear sprocket cluster to be fitted (in this case my already fitted kit came on a bike with three front chainrings and a 10 gear sprocket giving an impressive 30 gears in all). 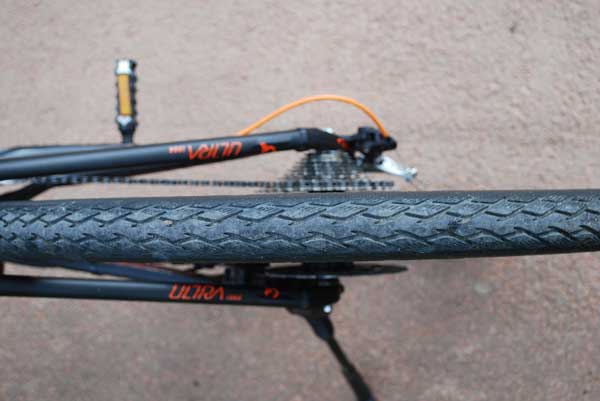 Traditionally gearless motors are said to lack torque for speedy climbing up the steepest hills, but the D-series drive is meant to address this. They also allow for regenerative power to be put back into the battery when the motor can effectively be used as a brake.

BionX itself is a longstanding and well-respected firm and in fact one of the electric bike pioneers. They launched the D-series motor in summer 2014 as competition to the increasing number of crank drive motors fitted to e-MTBs. Crank motors are fitted around the bike's pedal area and so usually require a specially made frame – hence they are generally not offered as kits.

So to the kit; it came ready fitted (from distributors BionX UK) to a 27.5" wheeled KTM hardtail with excellent RockShox front suspension. Overall weight of the bike with battery was a reasonable 21kg or so and I tested the bike over several days' touring on various off-road trails. 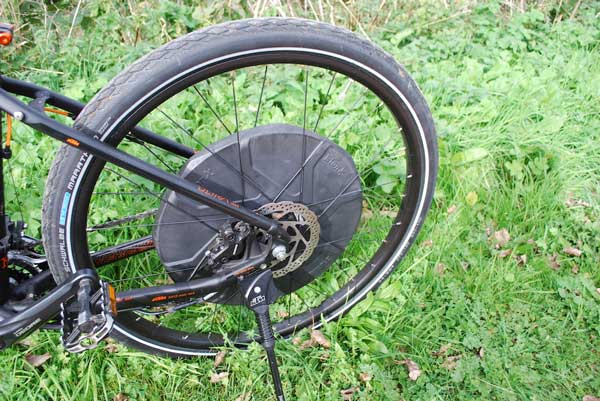 The D-series has four power settings and I found that on the flat I needed only to toggle between keeping the motor off (it is pretty easy to pedal with no power and nice and free running) and level 1, which gave a gentle push into any mild headwinds and gentle gradients.

Levels 2-4 very easily tackled every hill I tried it on, including gradients up to 8% (unfortunately I didn't try it up steep MTB climbs as it came with slick rather than MTB tyres). Powerwise it outstrips all other gearless (direct drive) motors I have come across.

The regenerative feature I found useful on long descents as it provided as much or as little braking as I wanted without having to keep the brake lever depressed all the time, or worry about accelerating dangerously away. It did put a percentage or two back into the battery capacity when I rode on various regenerative settings for a couple of miles but it was hard work at times and slow progress.

Realistically, the regenerative function isn't likely to put much power back into your battery unless you are a masochist where pedalling resistance is concerned, but it is a nice feature to have for 'luxury' downhill cruising, and on long alpine descents I could imagine it being a real comfort boon. 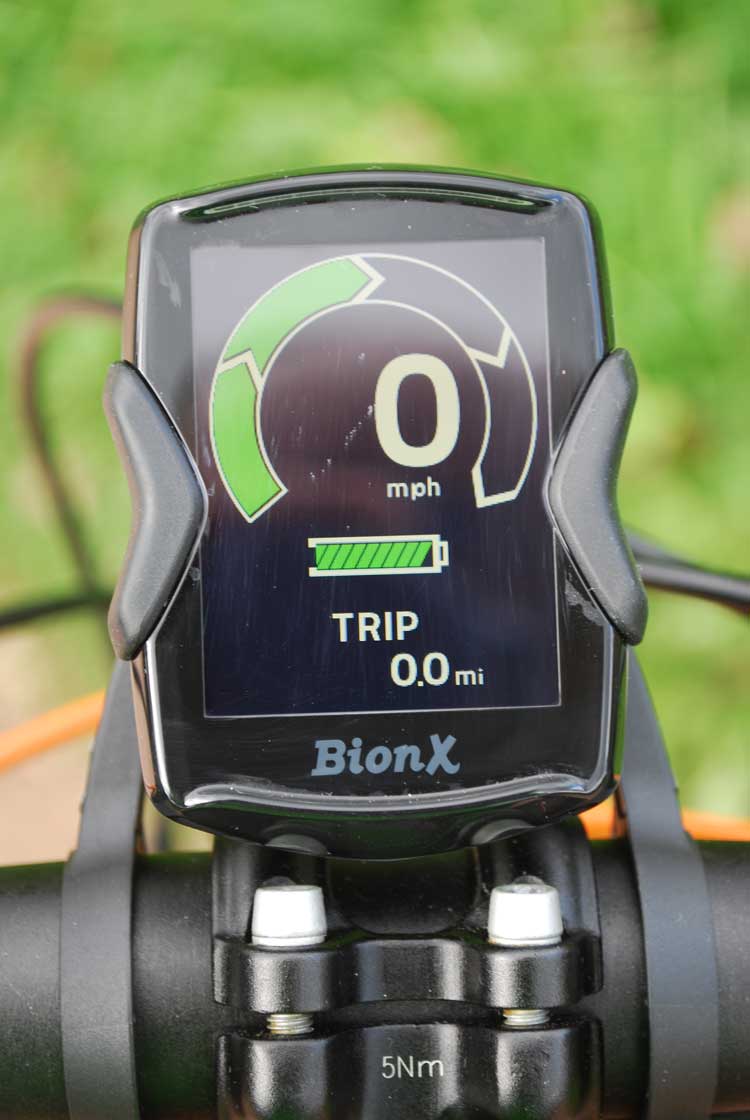 The 'control ring' of buttons – technically known as RC3, or remote control 3rd generation – is thumb-controlled and staightforward and, allied to the very clear display, an excellent and straightforward system (it can be used without the display if you prefer to keep that off the bike).

Turning the system on and off, setting the power or regen level and setting the mode of the display screen are all at the press of a thumb. The choice of simple, enhanced and technical displays is easy to navigate and the 'technical' screen in particular gives you all the info you would want on one screen so you don't have to go hunting for information.

BionX also make the P-series motor kit, lower in torque but cheaper in price for those not requiring hi-torque performance. It uses the same choice of batteries as the D-series with choices of 317, 423 and 555 Wh capacities. These batteries come with a handy 6V plug outlet intended to run lights off.

D-series kits come in a rear wheel, ready-spoked, though you will need to supply (or specify as an extra) the gear sprocket that needs fitting. Stated motor weight is 4kg. Wheel size options are 26", 27.5" and 700c (sometimes called 28").

RRP for the D-series kit is £1800 with the largest 555Wh downtube battery as standard.

P-series kits are available in 20", 26" and 700c rims and start at £1500. The Electric Transport Shop say that fitting takes around an hour by a competent bike mechanic.

Our conclusion: Very good performance, though the price is steep for a kit. However, those with cherished bikes who prefer to go down the kit road instead of buying one of the increasing number of 'off-the-peg' electric bikes would do well to put BionX on their list of bikes to test ride.

Where can you find out more or try the kit: ridebionx.com and all branches of the Electric Transport Shop