Looking to use your smartphone as a GPS on your bike? Richard Peace tested a weather case and mount from BioLogic. 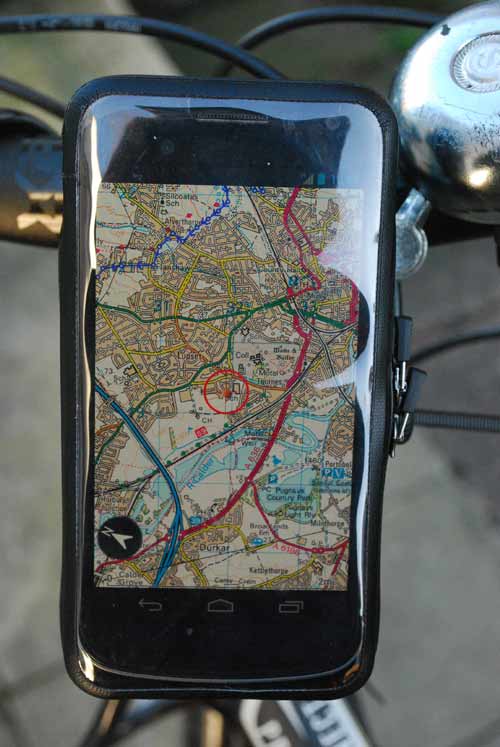 Smartphones can be handy things to have while cycling, especially if you use them for map-reading (eg the excellent Viewranger app) or, for fitness orientated riders, performance analysis (eg Strava).

There is also a school of opinion that says you shouldn't even dream of putting such an expensive bit of relatively delicate electronic kit on a machine prone to vibration and knocks.

However, for extended touring and the inevitable map-reading on the often smooth tarmac of French roads, I would certainly consider a good quality, solid mount as I rely so much on GPS mapping.

For the potholed urban UK roads I would need to have used the mount an awful lot before making it a feature of my daily riding.

Of course, you want to know the phone is safe and sound if mounted on a bike as it will be subject to plenty of vibration and jolts, and you'll also want the display to remain easily visible and accessible and, ideally, 'manual' features of the phone to remain easy to control, such as volume control and camera lens. Add in the need for some form of weather protection and the large variety of designs of smartphones and you have a challenge for manufacturers that is more difficult than might first appear.

BioLogic, sister company of Tern folding bikes, specialises in accessories for the their folding bikes, and quite of number of their products are also fit a wider variety of bikes. 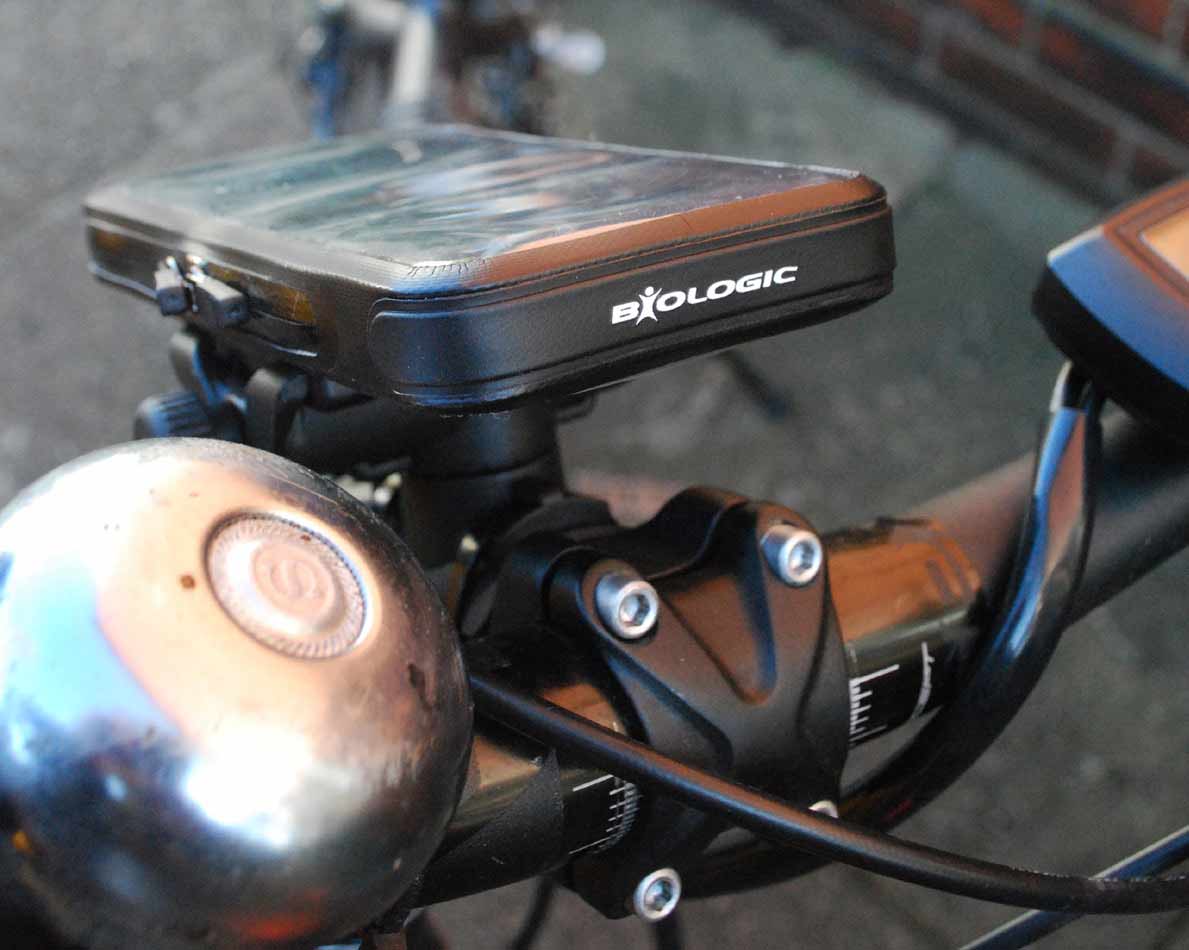 I tried their newly ­released WeatherCase for Galaxy smartphones which promises all of the above.

It fits Samsung Galaxy S3 and S4, HTC One (M7) and similar­-sized smartphones (my Google Nexus, for example) and has a tough-looking waterproof construction and some internal padding on the base on a hard plastic mount. The base clamps onto an Anchorpoint mount (a vice-like clamp made of tough plastic with a metal screwing mechanism) that stays on the bike's handlebar stem (or handlebar if your stem is too short and you have enough bar space) courtesy of a couple of cable ties.

The mount and case do their main job very well; protecting your phone from the weather, vibration and jolts and making sure the phone stays very firmly attached to your bike. I had total confidence that the phone would stay on the bike with a reasonable amount of cushioning and be protected from the weather. In this respect the kit does its job very well. After a few rides I've decided to keep it on the touring bike for longer continental tours in relatively benign conditions.

There are a few niggles, though. Glare is a problem on the shiny transparent case window on sunny days, and though titling by the maximum permitted 10 degrees reduced glare somewhat, it was still a real problem. Also the case was a little tight, meaning the side buttons got squeezed far too easily. For some reason, this was remedied by using the case upside down, though this meant the camera couldn't be used as it didn't line up with the plastic window in the rear. 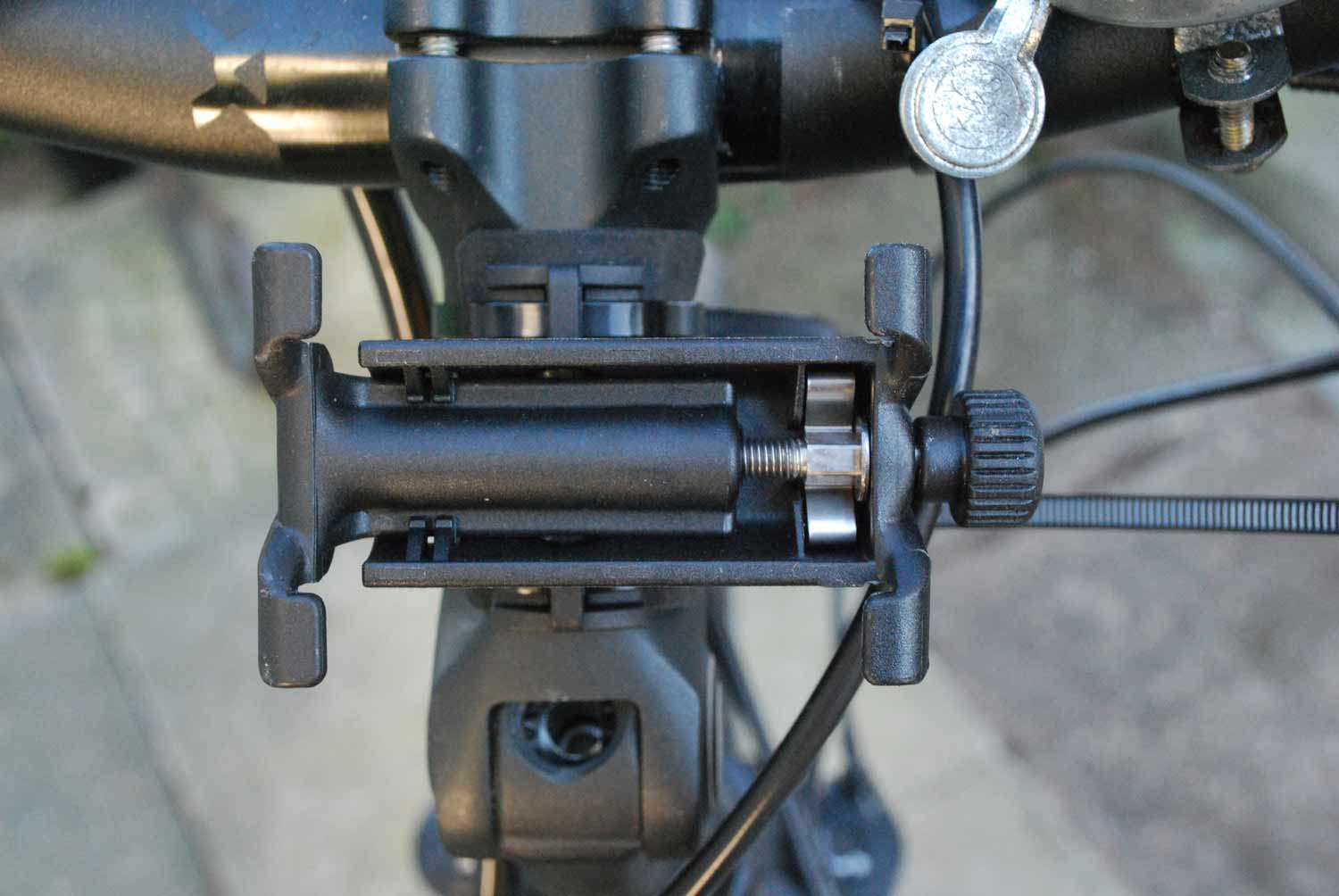 The other main downsides are that the mount, cable-tied as it is, has to remain on one bike. Surely a secure yet easily removable solution could have been found? Also the mounting system relies on a nut encased in the handlebar attachment; it's actually quite easy to overtighten the securing bolt that comes with the choice of two different angled stem mounts, meaning the nut will easily pop out of the Anchorpoint, completely ruining it. A proper captive nut design would have been far preferable.

The Anchorpoint grip is secured by turning a small knob. I loved the security you get as you see the anchors lock into to the side of the mount. It might not be the quickest way to get a phone on and off the bike but 'twist and lock' style fixings don't seem as 100% certain as this method.

Overall this is almost a very convincing product let down by a couple of flaws that could be easily remedied. 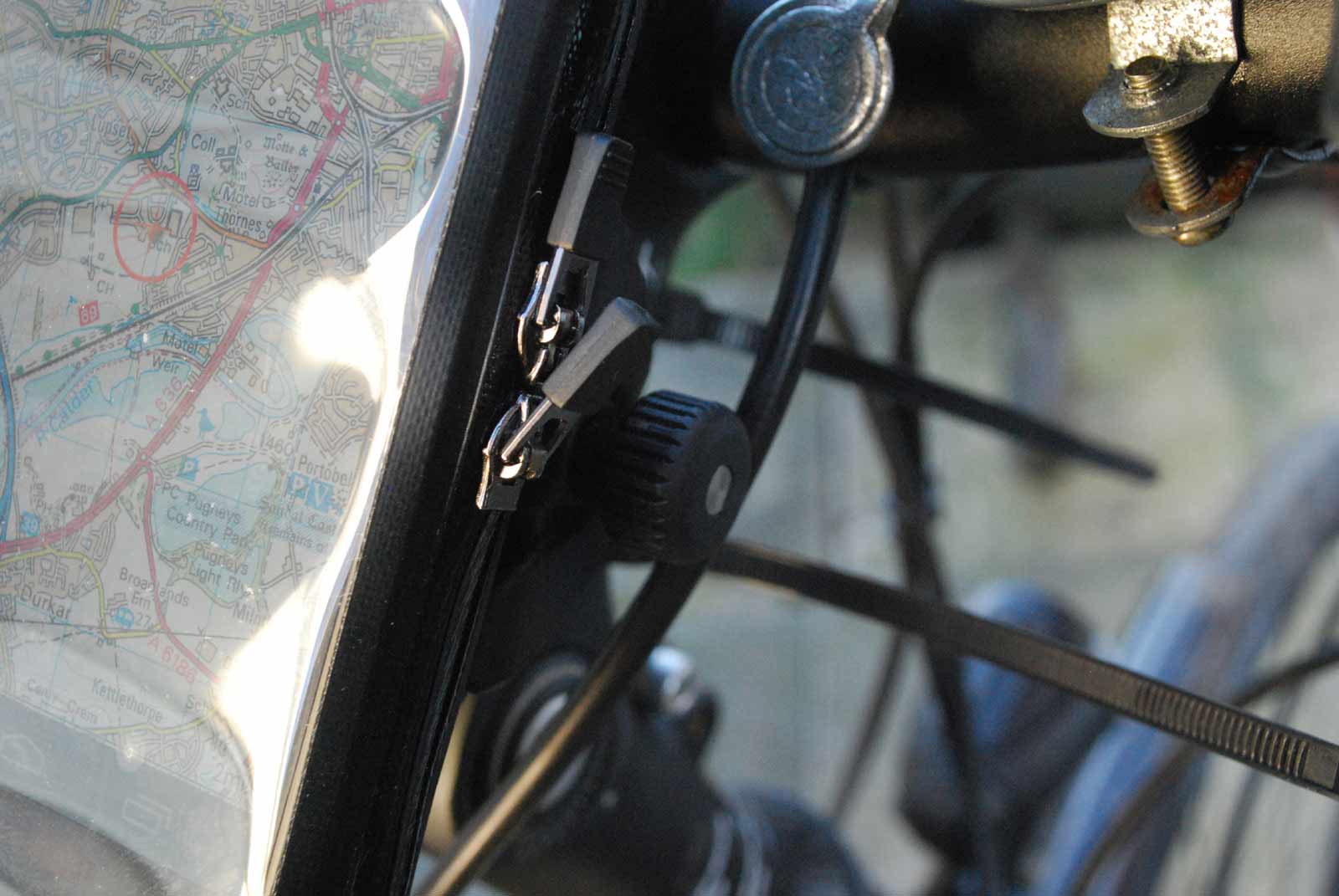 There is a knurled knob for securing, but removal takes a little while.

There are several sizes of Weathercase to fit iPhones, popular models of Android smartphones and phablets, with dimensions as follows:
Medium Galaxy S4 / Galaxy Alpha (and others smaller than 139 × 71 × 10mm)
Large eg Galaxy S5 / HTC One (up to around 147 x 75 x 9.5 mm)
Phablet eg iPhone 6
Handlebar / stem diameter must be 25.4 ­ 31.8 mm and if you want to mount to handlebar stem the straight length must be at least 47mm.

BioLogic also produce other Anchorpoint mounting products:
BikeMount hardcase (£27.99) if you are especially worried about knocks and dropping the phone, although the fit has to be exact and appropriately sized liners mean the choice of phones that will fit is more limited than is the case with the WeatherCase.
Dry Bag softcase (£18.97) for larger smartphones up to 165 × 80 × 12 mm
Quadlock from the US (can be ordered from the UK). Said to be secure and quickly demountable and swappable between bikes, but lacks true weatherproofing.