Bob Zeller has been using Arkel panniers since 2007. Here, he compares the latest options available from this established Canadian bike bag manufacturer. 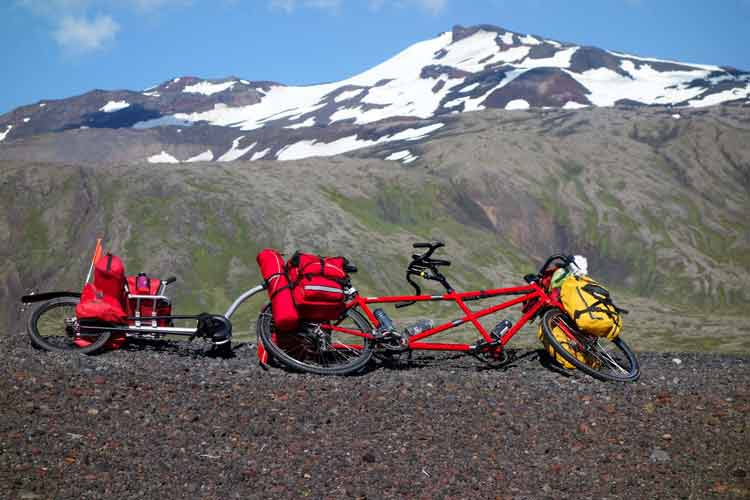 The Arkel GT54, pictured in red.

Arkel is a well-established Canadian originally founded on a single pannier design. Today, they make panniers and bike bags of all shapes and sizes and for every type of rider.

I bought a set of Arkel T28s in 2007. Before that, I had a set of Karrimors and then I switched to Alturas. The Karrimors were as good as you could get in the 1970s, I suppose, and they lasted until the 1990s. I replaced them with Alturas which were less than successful. The stitching gave out in a couple of places quite early on and the design was bulky and less efficient. 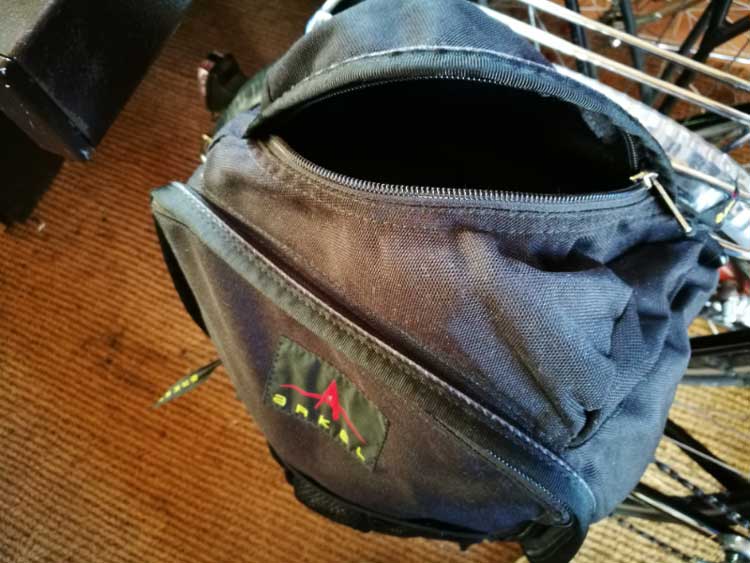 Bob's T28 Arkel panniers have a top pocket for jacket, tools, first aid kit, or other bits and pieces

But the Arkel T28s, bought in 2007 because I was so happy with the Arkel ‘bar bag' I got in 2005, have been a revelation. Water resistant, they are 14 litres each in capacity, a size than some would consider too small, I suppose. But they are also available in a larger size as well (T42). Actually, many people use the T28s as front panniers, although I have always used them on my rear carrier as my only panniers. Mind you, over the years, I have learned what clothes are necessary when touring, and more importantly, which are not. In fact, a couple of years ago, I ditched the idea of taking a lot of cycling specific clothing with me, using instead, the more technical, and thus lighter and more packable clothes, used by hikers. You can read more about that here.

Perhaps the reason I can get away with the smaller size is because they are so well designed. With a zipper front opening, the T28s have an aluminium frame inside and a plastic backing plate. All three features work to keep the bag at its optimum shape so all the room is usable and accessible without anything needing to be crushed. On the outside, each bag has a good size mesh pocket which is so handy for bits of clothing and a really handy zippered pocket on the top. It is, in my view, about as good a piece of touring kit as you can buy.

Options for all riders

Unlike many manufacturers, Arkel makes both waterproof and water resistant panniers. They recognise that cycle tourists have strong, well reasoned but often different views about things, and this applies to panniers. (You can read more about the water resistant v wateproof debate in our article on choosing panniers for cycle touring).

In any case, the Arkel website contains a great deal of information about their different systems, and they'll give advice if asked as to what type of bag will be best serve the specific needs of a rider. 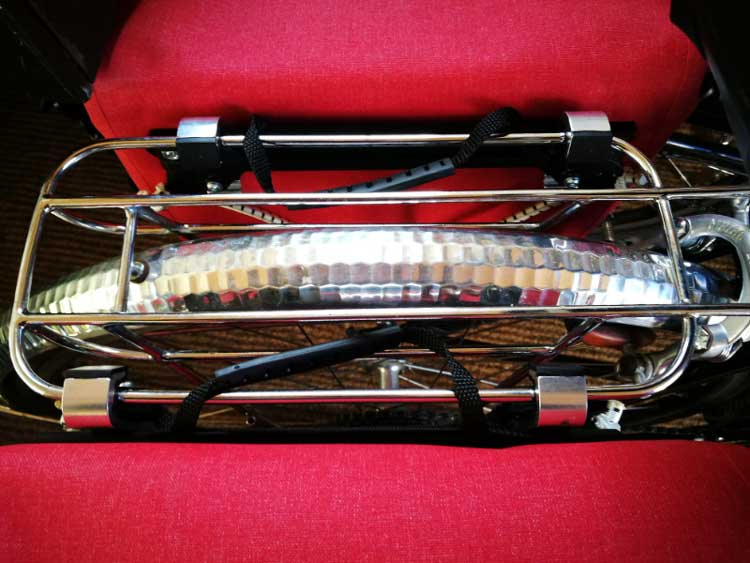 Arkel makes water resistant bags in different sizes and with different features. Some are very much bigger. The GT54 is a water resistant pannier that Arkel markets as an expedition model. It is gargantuan and even has a tube for an inflatable sleeping mattress and folding tent poles. It skirts the waterproof/water resistant debate by providing a waterproof liner as well as a waterproof cover, both of which can be removed when not required (for example, when you're crossing the Gobi Desert, they suggest...). Other water resistant options are very much smaller, including bags for recumbents and options that can be converted into back packs. 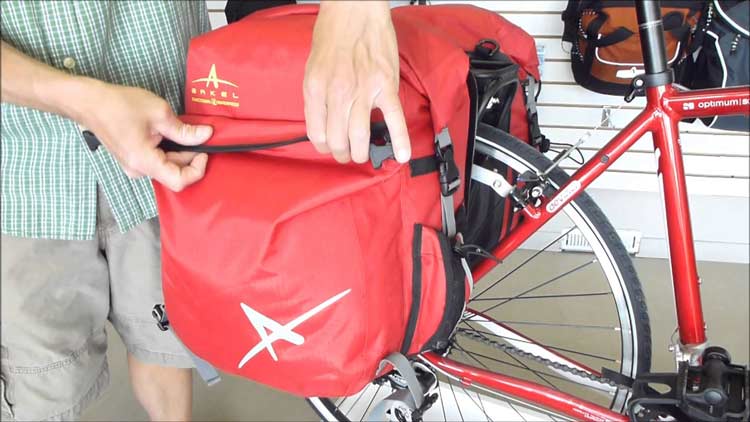 But for those who prefer fully waterproof panniers, there is an equally large choice. The Dolphin series uses sewn and taped seams so it is totally waterproof inside the bag. On the Dolphin 48, the larger of the two, there is an exterior pocket between the main bag that's large enough for a jacket; it even has two small holes in the bottom so that you can put wet items in for draining.

However, the biggest selling bags in the waterproof range are in the Orca series. These bags come in various sizes, and have have welded seams so they will take just about anything a rough tour can throw at them. Yet the Orca 45 model, with twice the capacity of my T238s, weighs less than mine. Now for me, weight is not a huge concern, but it is for many and the lightness of this bag is one of the reasons that it is one of the biggest selling pannier in the Arkel range.

Importantly, the lightness doesn’t come at the price of toughness. The bag uses welded seams to makes sure everything holds together. But it is not just weight and construction that makes this bag a standout model for waterproof enthusiasts. To ensure relative orderliness inside the bag, there is an inner cradle to make sure the bag keeps its shape. And, there is what Arkel call a ‘hanging pouch’ in which you can stow away maps, papers and other bits and bobs from your trip. If you tour with a tablet and other electrical items, they would fit into the hanging pouch as well. 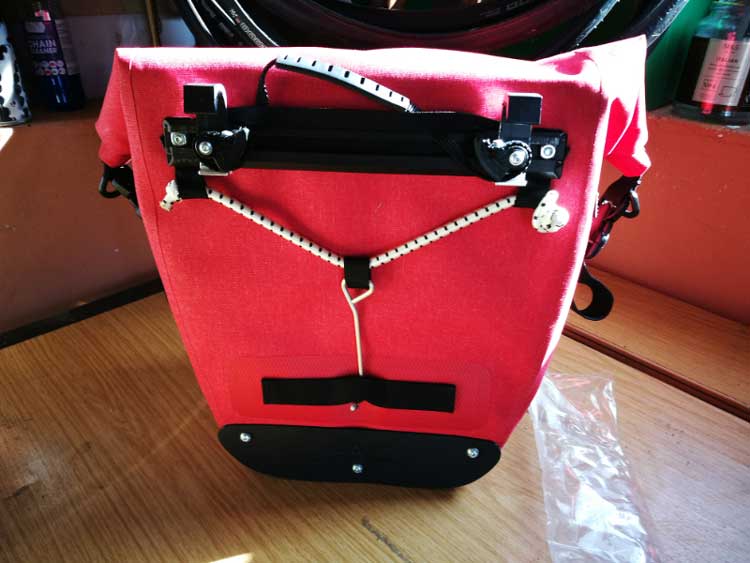 Outside, there is a thin, waterproof pouch into which you could put a passport, wallet or phone.

Then, when you're back home and unpacked, the inner cradle will slide out and you can fold the bags flat and inside each other to put them away.

The full Arkel touring range can be viewed on the official website.

More pannier reviews on our site