Reader Q&A : How to get the train from Paris to Le Puy with bicycles for the French Camino

Stephen wanted to know how to get the train from Paris to Le Puy with bicycles for the start of the French Camino. Here's our email exchange. 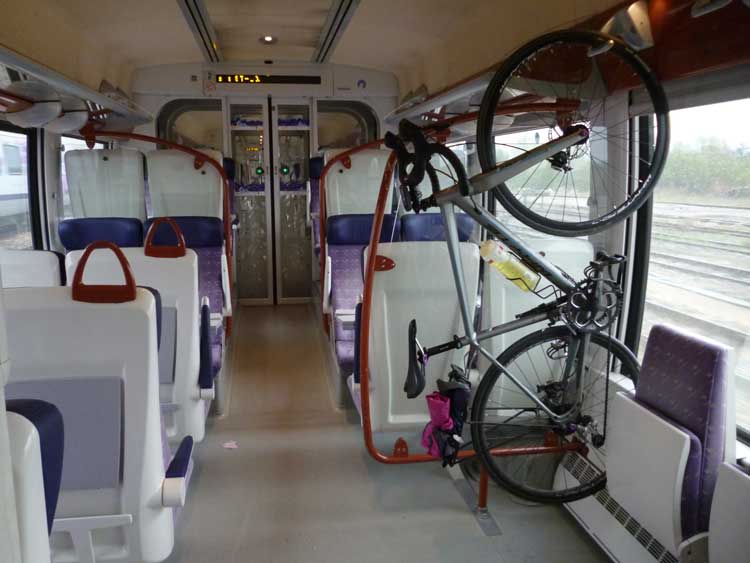 We get a lot of enquiries every year about cycling the various pilgrims' routes to Santiago de Compostela. Stephen wrote in asking about riding part of the French Camino, which starts from the town of Le Puy. It is a very popular route but not easy to reach with your own assembled bikes from Paris because of TGV restrictions. Here's what we suggested.

Thank you for your devotion to the site.

We have a trip planned to cycle the French Camino  We are going to fly from the US with our gravel bikes. We land in Paris and plan to take the train to Le Puy, ride 500 miles on the Camino and return to Paris from St Jean by train.

I thought that if I could secure an Intercite train, which permit bikes, in Paris, that might work but there appear to be none.

I thought of renting an SUV for one-way rentals. However, the starting and finishing towns are so small that this is an impracticality.

Do you have some thoughts? I am ready to throw in the towel; I do not want to land in Paris without the certainty that I can get to our starting point.

Sometimes I despair at the advice provided by SNCF or travel agents. You can't take but don't need a TGV for this line.
You simply take a local TER train (buy your ticket, walk your bike on):
PARIS BERCY to LYON PART DIEU (it's a slow train but it will get you there with your bikes in one piece in circa 5 hours).
Then you take another local TER train from Lyon to Le Puy (circa 2 hours).
Lyon is a nice city to break the journey overnight if you prefer to not go the whole way in one day.
When searching SNCF you need to look at the rail map (see here) and plan smaller chunks on local trains where TGV services won't take bikes.
I hope that helps - have a super trip.
Lyn.

Footnote: It is worth bearing in mind that TER trains do not have a shop or restaurant on board, so you may want to take food/nibbles with yo if you are taking longer TER journeys.