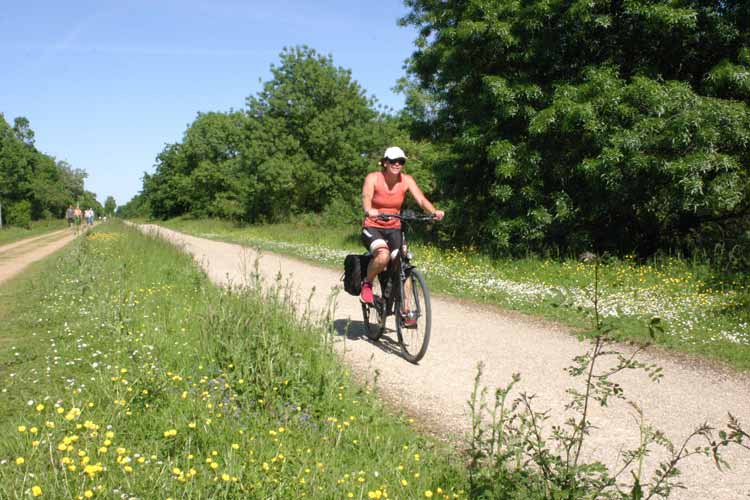 This section was a highlight because it was the stretch of La Velo Francette that runs along the hugely popular and much heralded Loire à Vélo, the 800km trail that also makes up part of the EuroVelo 6 long-distance route. 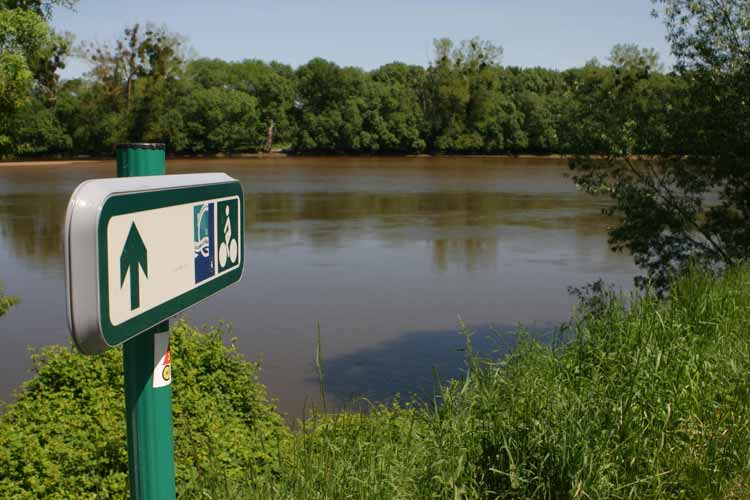 Here's how we got on. 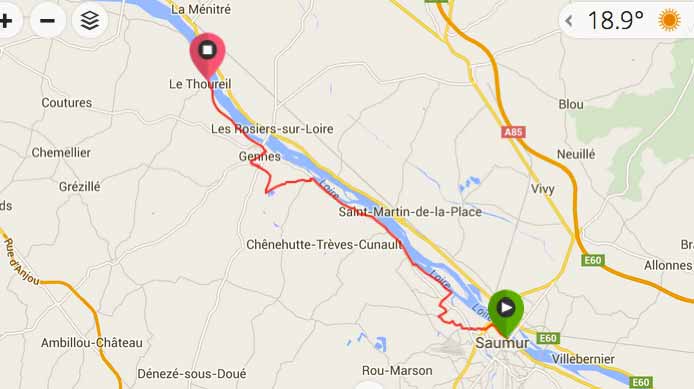 We'd stayed at Hotel de Londres in Saumur, which has 'accueil velo' ('welcome cyclists') status. There is a dedicated bike shed around the back of the hotel and behind a coded gate. 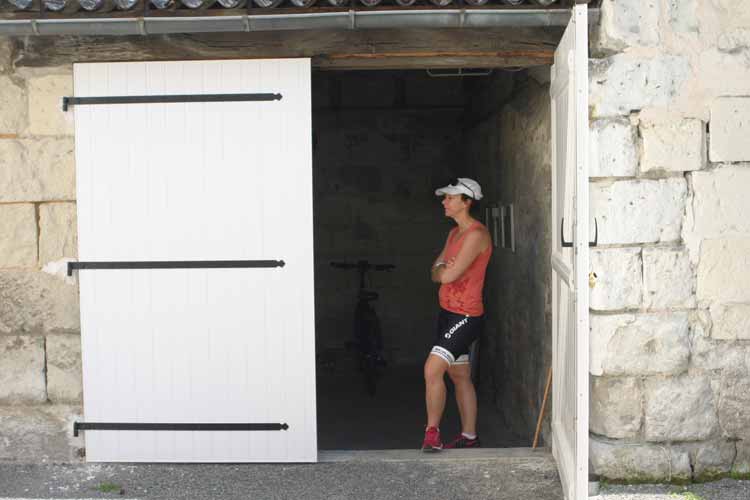 Our bikes weren't lonely in their garage. 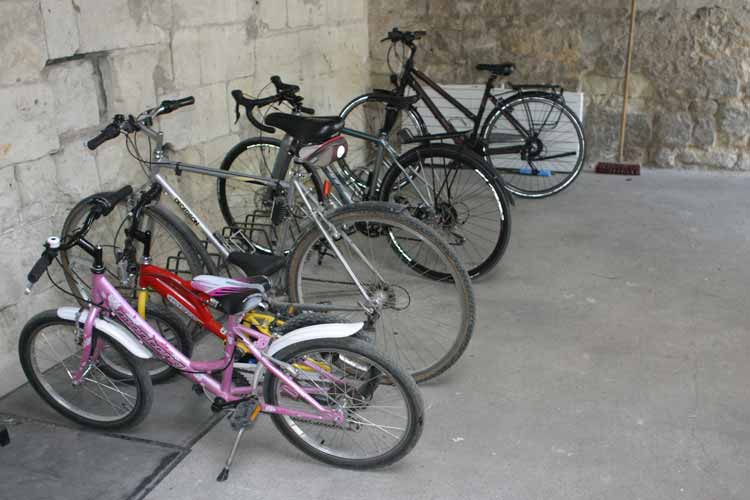 Here's the lovely Claire, who had been so welcoming the night before (even phoning our restaurant to tell them the two smelly cyclists who had booked were running late and still in the shower). 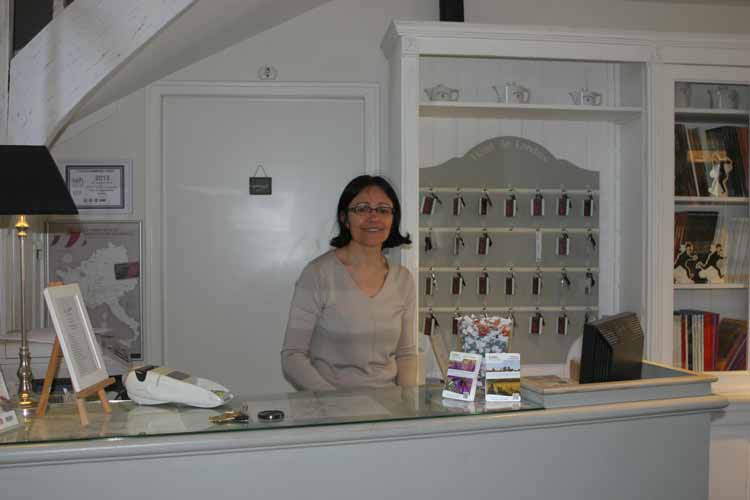 I started the day having a coffee with Andrew Sykes, a cycling author from England and the man behind the excellent Cycling Europe website. Andrew and his bike, Reggie, are well-travelled long-distance cyclists and are currently making their way from Tarifa in Spain to Nordkapp in Norway. (Andrew contributed EuroVelo articles to Freewheeling France here and here).

Here I am meeting Reggie. 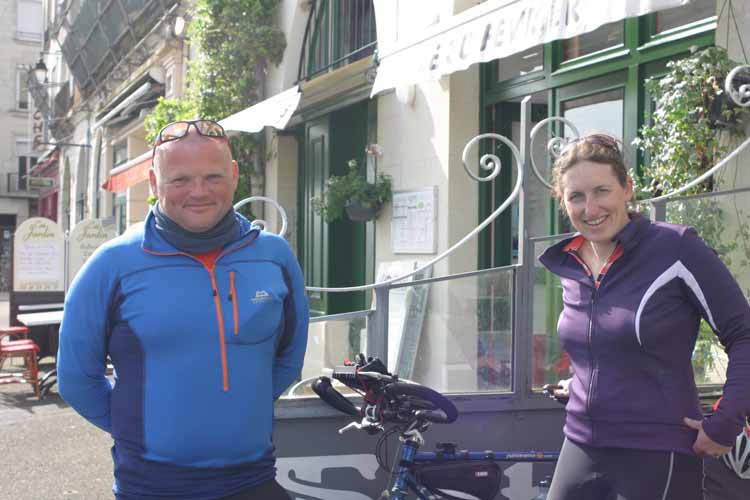 On my way back to the hotel to get my bike (and Nicky), I met some other long-distance cyclists, this time from Australia.

Here are Marjorie and John, who had arrived in the Loire from Paris after flying in from Melbourne. They were at the start of an epic cycle ride across France, Italy and other northern European countries (I am hopefully meeting up with them tonight in Angers to find out more about their trip - will keep you posted). 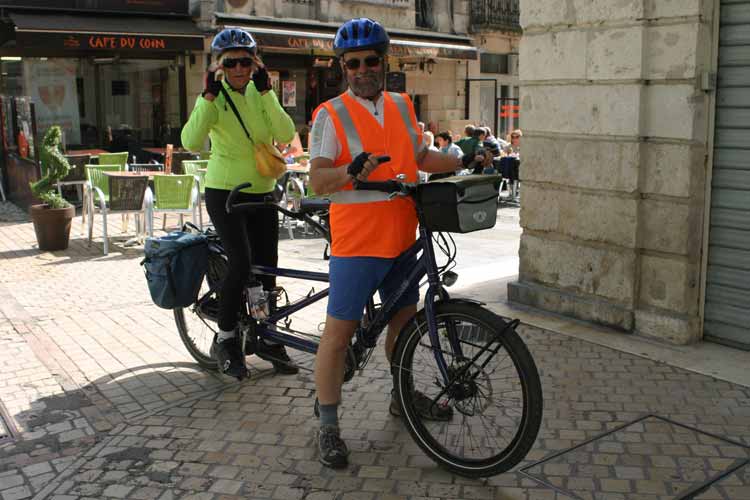 So after all the morning's pleasantries, it was quickly off to visit Saumur's chateau, with a steep climb to the top rewarded with beautiful architecture and stunning views of the valley. 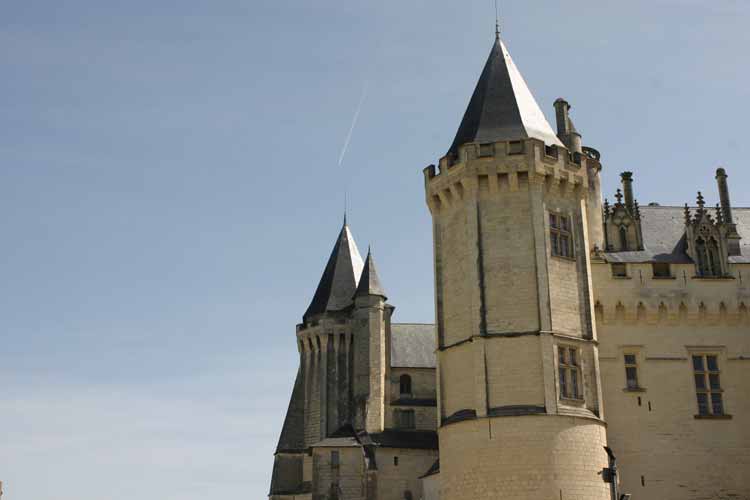 It was midday by the time we rolled out of Saumur in the direction of Angers, the route mostly a wide, shared road with intermittent views of the river. One thing that surprised me throughout the day was how much the route tended to meander inland and away from the river. We rode through farming areas and villages, which came as a big surprise as I'd been expecting to have water at my side all day.

We'd left Saumur so late that we'd missed the lunchtime restaurant menus and had to be content with some juices and a tarte du citron each at a riverside cafe.

The GPS says we stopped at Le Thoureil but it was actually near the bridge at Saint-Rémy-la-Varenne (I turned the GPS off prematurely when we thought we'd found a restaurant that was open at Le Thoureil (it wasn't and we rode on). 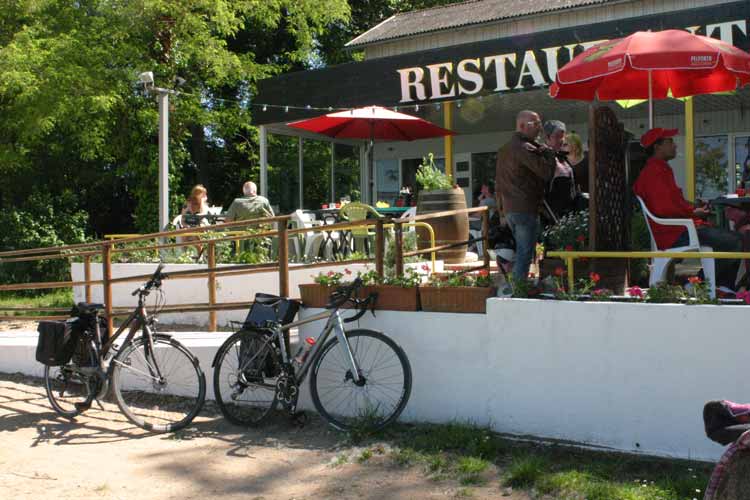 There were worse places to spend our break. 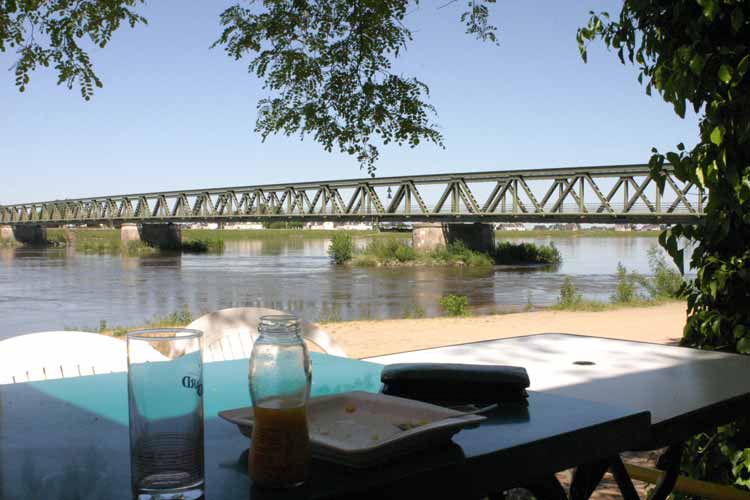 And worse places to chill out afterwards. 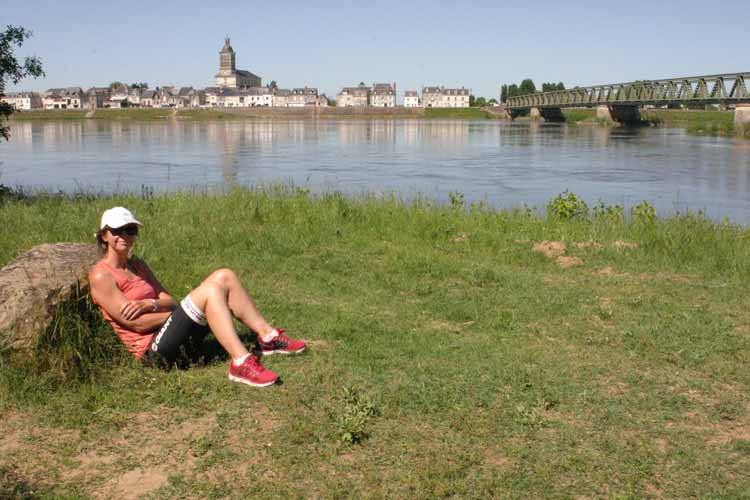 We cruised on along dedicated paths but (mostly) shared roads, with cyclists far outweighing drivers. This must be a cycling superhighway in summer if the May traffic is any indication (though as luck would have it, Nicky was he only one when I got my camera out here – good thing I brought her as she is proving a useful model). 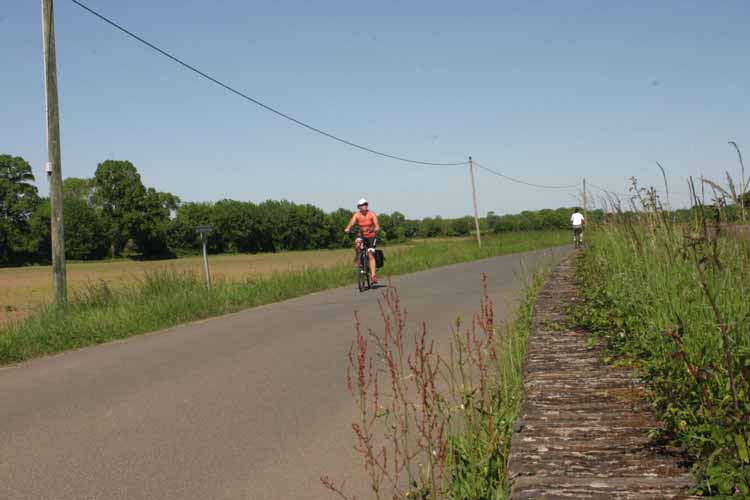 Despite being warned of unseason flooding on the western (Bouchemaine) link into Angers, we rode that way anyway (and beyond the Gare d'Angers turnoff) to check it out (or maybe just because we missed the turn). 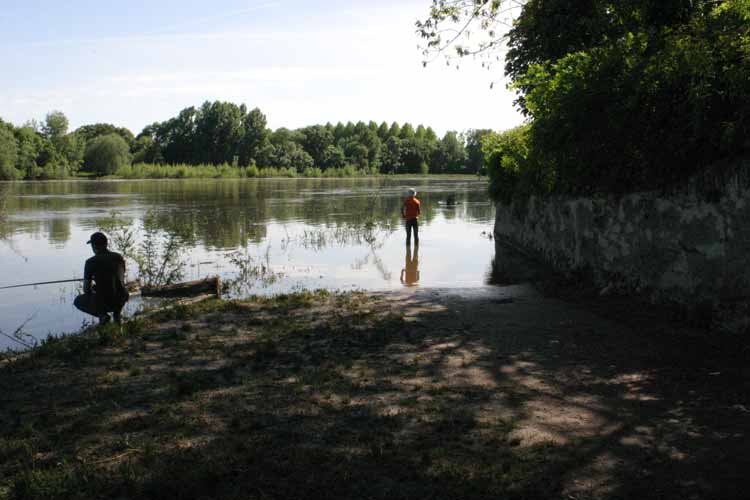 Don't worry if you're riding this area in the next few weeks; the flooding will have almost subsided by the time you read this and it's a very rare occurrence beyond early May. If in any doubt (i.e if it's been raining a lot). just ask ahead at a tourist office).

We chose our own adventure around the flooded section with help from Nicky's iPhone (I'll embed the GPS maps properly above when I get a chance) and made it safely into Angers via some apple orchards and segregated paths from the city's edges.

We arrived at the Hotel de l’Europe in Angers in time to tuck our bikes in the locked courtyard and have a quick shower before heading out to explore the city (which, incidentally, has a program whereby students receive the free use of a bike for one year).

Today was a rest day, so we went for a quick spin and then checked out the chateau. Full report to come later on tonight (or maybe tomorrow if I have a vin rouge or three.

For more general tourist info on this stretch of the Loire, check out: www.anjou-tourisme.com