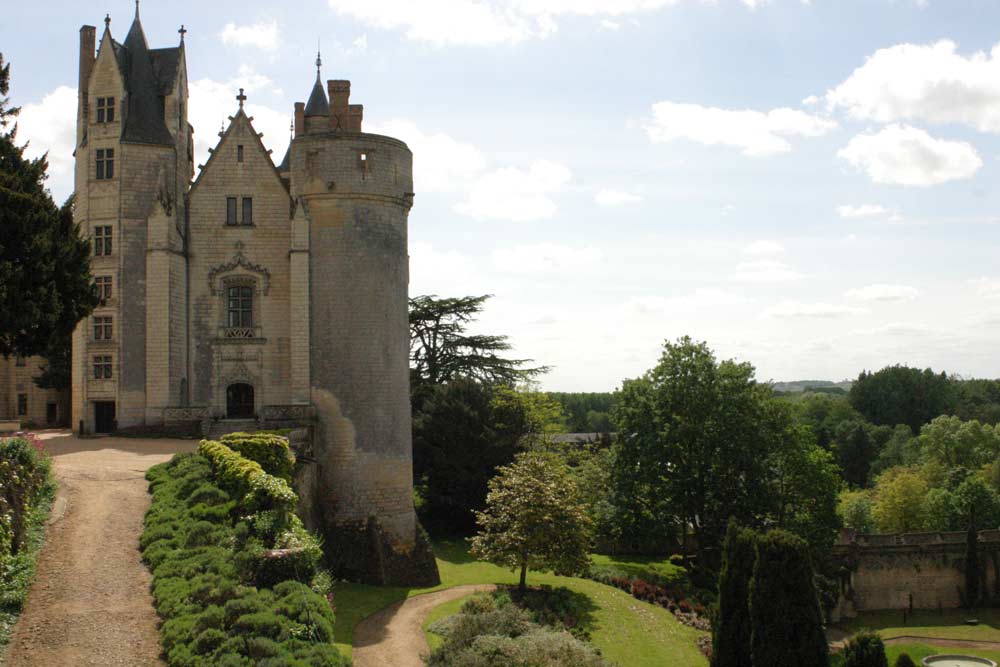 Yesterday's ride (I was too tired to post last night, especially after three glasses of Sancerre) was a jolly ride along almost pancake flat backroads and dedicated cycling tracks. We crossed over into the Loire Valley for the first time, farmers' fields increasingly giving way to vineyards.

This section isn't marked yet with the La Velo Francette signage (it will be by the end of June). So we followed the little green bike signs, which were for the most part marked 'Saumur' (it was hard for even us to get lost). 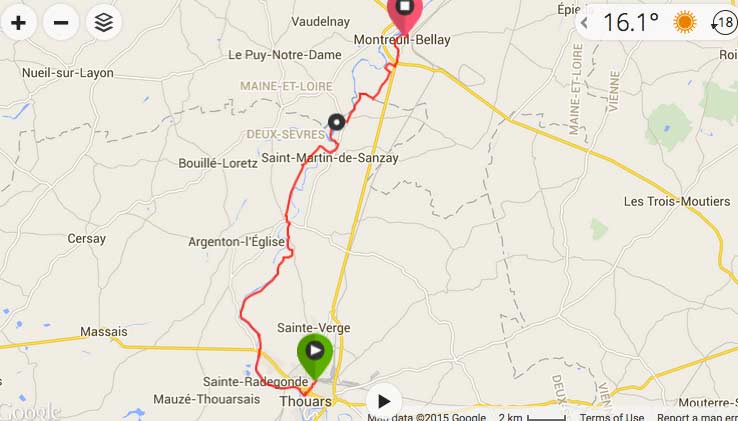 We started the day at the bike-friendly Hotel de la Gare, with our bikes having spent the night safely tucked away in the garage. 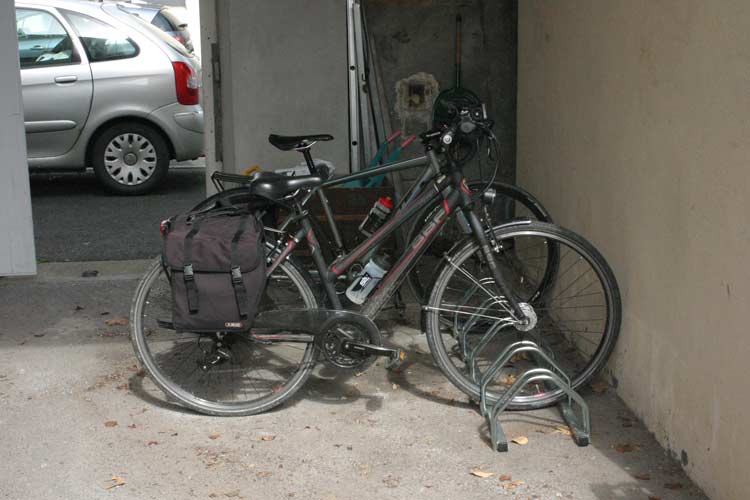 The hotel has 'accueil velo' status (M. et Mme Galas even took charge of our wet cycling clothes and delivered them dry and warm before departure).

Here's M. Galas sending us off. 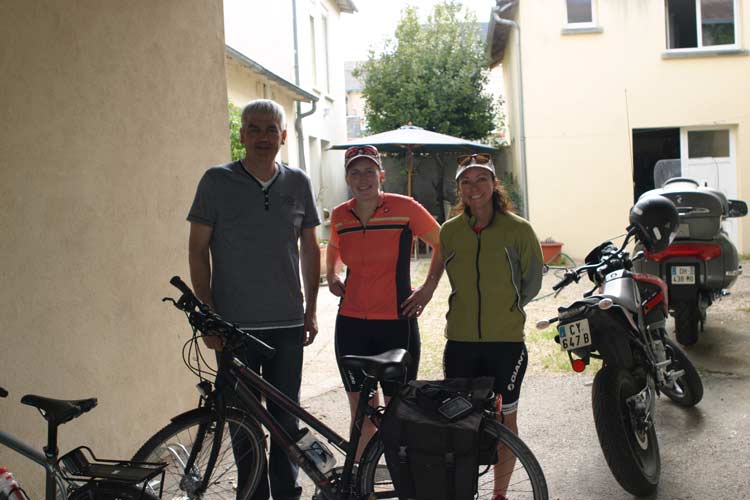 Barely out of Thours and I was sailing along with the water at my side when I felt vibrations in my jersey pocket and Nicky's name popped up on my phone. First thought: puncture. But no – she had managed to crash on a perfectly straight piece of backroad while attempting to drink from her bidon and perform a 1% descent at the same time.

She was luckily OK – save for a few scratches on her hands – but her brakes and mudguards were rubbing and her handlebars were out of whack. We managed to sort the handebars out but the brakes were proving a larger challenge, as were the mudguards. We'd decided that to save time mucking around with re-aligning to front guard, we'd just remove it and fix it when we got to Saumur.

We were halfway through this operation when a local mountai biker happened to whizz by, braking abruptly when he saw our plight. Which was lucky because I'm not sure I would have been able to re-attach the little gear cable when it came loose two minutes later. 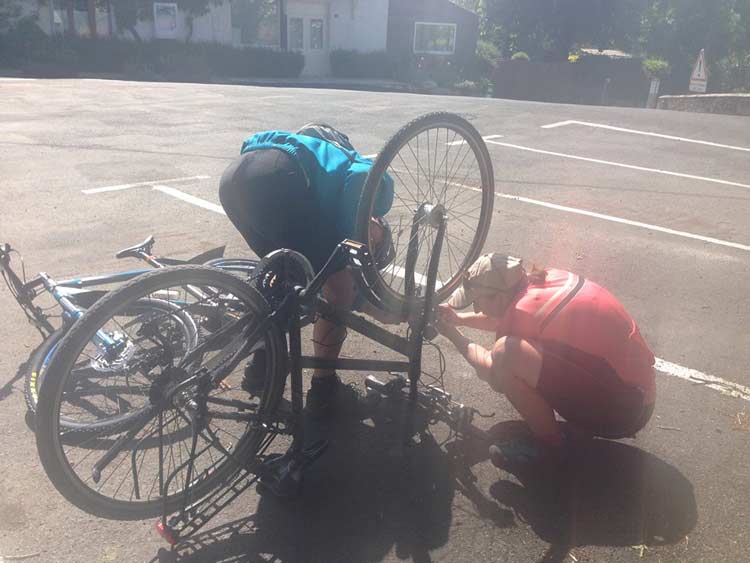 Anyway, we got it all sorted and, with many merci merci mercis for our new cyclist friend (whose name we still don't know), we were on our way again. 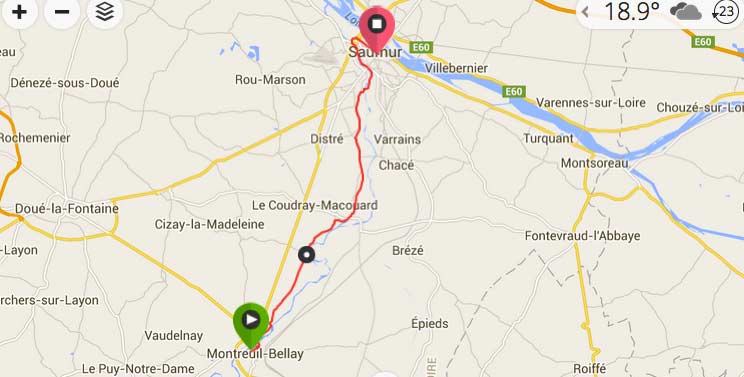 We made good time but we were still late for our lunch date near the chateau (see pic at the top) in Montreuil-Bellay with Letsie and Bill, who run Le Close de La Rose, two bike-friendly self-catering gites 9km west of Montreuil-Bellay and perfect for exploring the Saumur/Loire Valley area just over 20km away.

So we had hearty pizzas and omelettes and chatted like old friends. 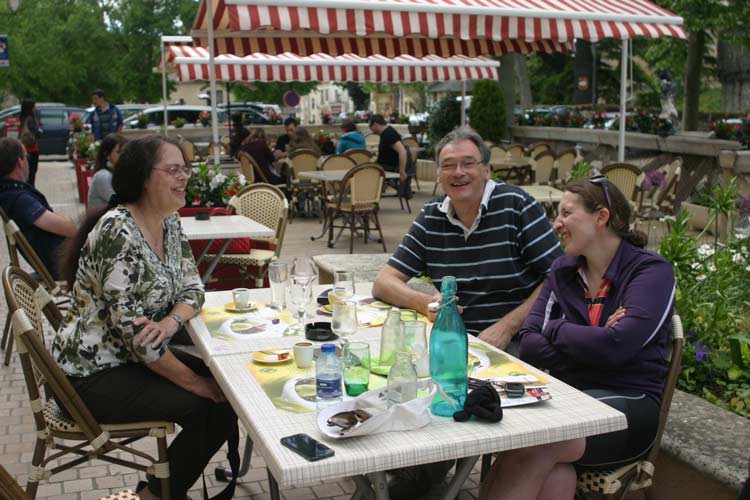 Letsie and Bill pointed us in the direction of a local bike shop so we could have Nicky's bike checked (I had mine cheked too, just because I could) and then we were off to explore the castle. 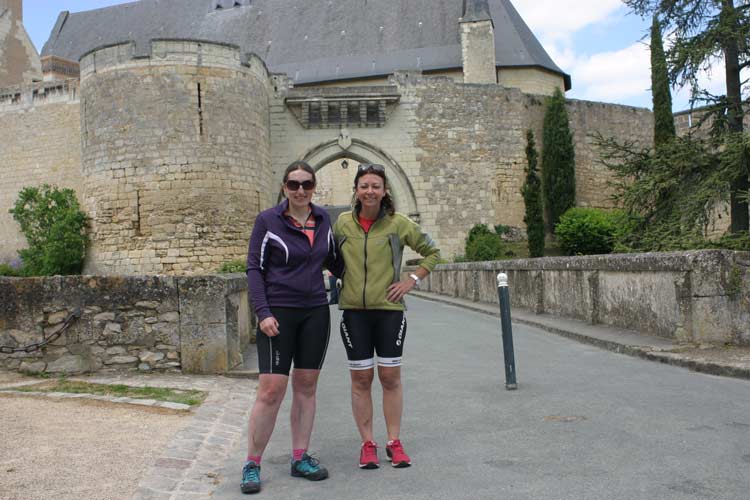 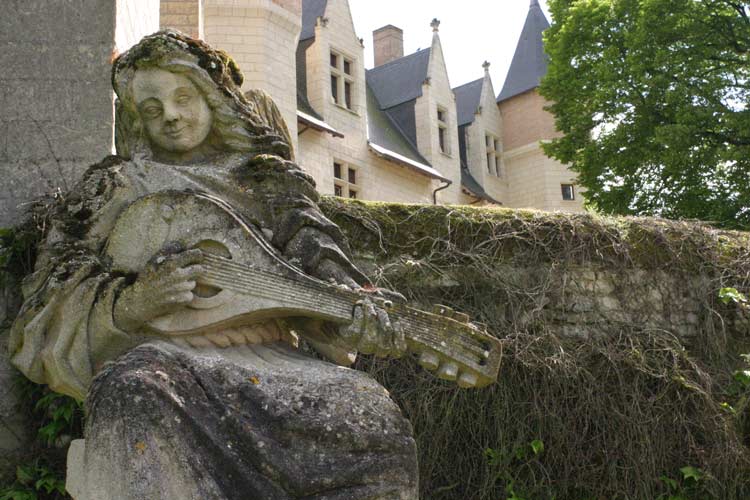 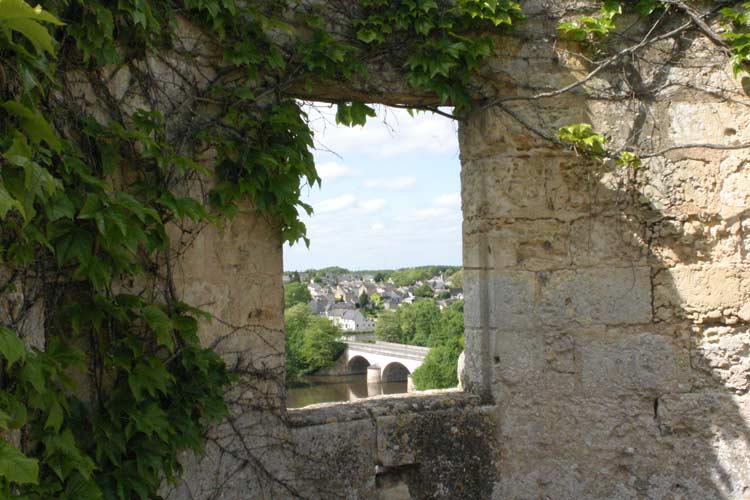 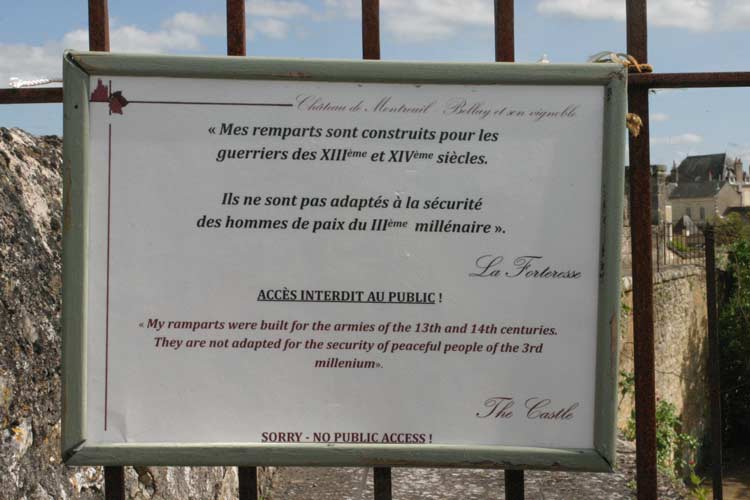 And laze in the gardens to almost 5 o'clock. 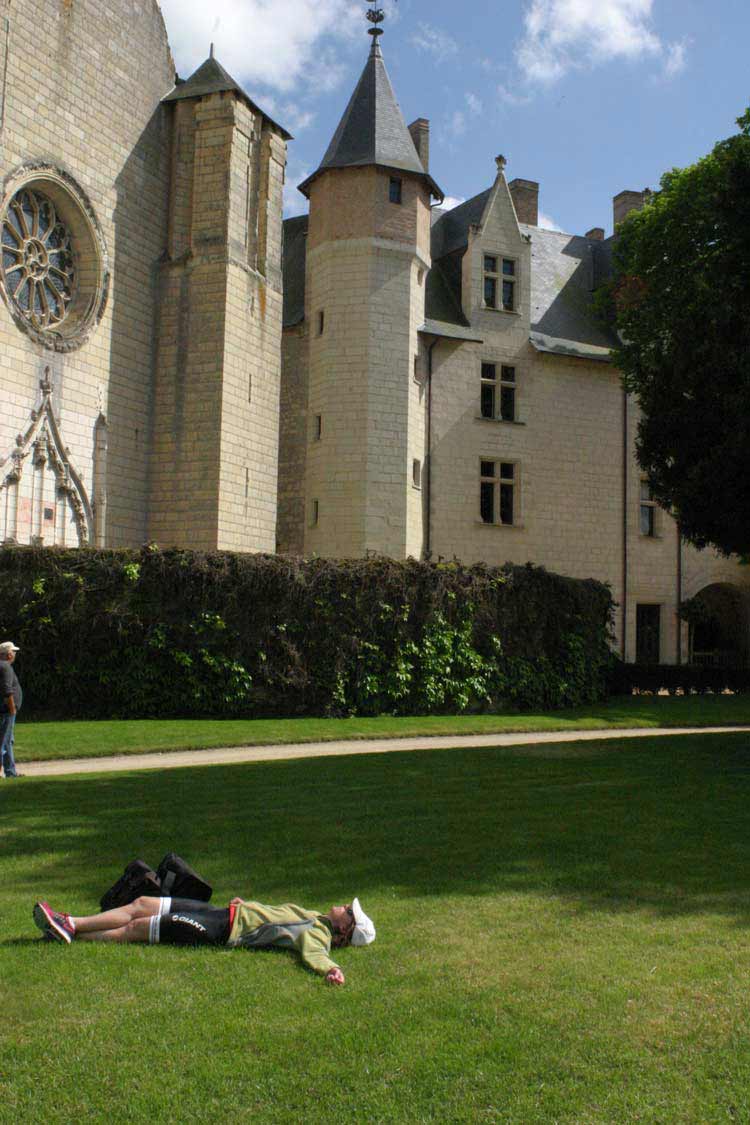 Today we're off to Angers, where we have got not one but two nights (so a 'rest' day) to explore the river (and to sleep in!)

Right now I'm scoffing down my breakfast and heading off to meet Andrew Sykes, of Cycling Europe, for a coffee. He just happens to be passing through Saumur on his ride from Tarifa to Nordkapp. It will be nice to exchange war stories.