The worrying symptoms of an experienced cycle tourist

Your slow decline into the world of cycle-touring... 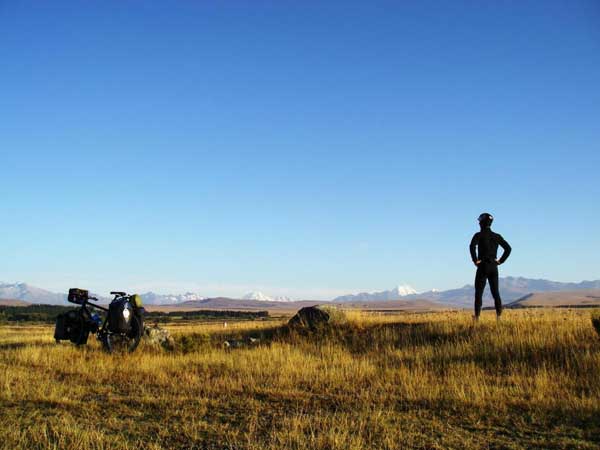 Mount Cook: another symptom is having countless pictures of you and your bike in front of scenery.

I first saw this on the back of a toilet door (or was it a wall) when I stayed at Bruno's bike hostel in Valence.
He's allowed us to publish it here with his permission. Some of you may find some of these points familiar ...

Symptoms after your first tour:

- Right, you'll get this right the next time. You decide to buy yourself proper bike bags to replace the worn out duffel bag that you filled with cans of food and which squashed you on the saddle for kilometres and kilometres.

- Every time you get off your bike, you have this feeling of walking on eggs.

- You can finally ride more than 60km in a day without hunger pains and without sobbing on the phone and asking your mother to drive out and take you home.

Symptoms after your third tour:

- You've signed up at a website for cycle-voyagers and you love to spend your evenings asking everybody the best way to fix solar panels on a bike rack, even though you can find electric sockets throughout the entire world.

- Your physical condition has never been better but you get dangerously close to blowing your heart when you climb that wretched hill on the way to work. You decide to follow the advice of a local bike-rider and hope things get better.

- Your uncle's bike from the 1970s can no longer stand up to the 60kg you load exclusively on the back wheel. 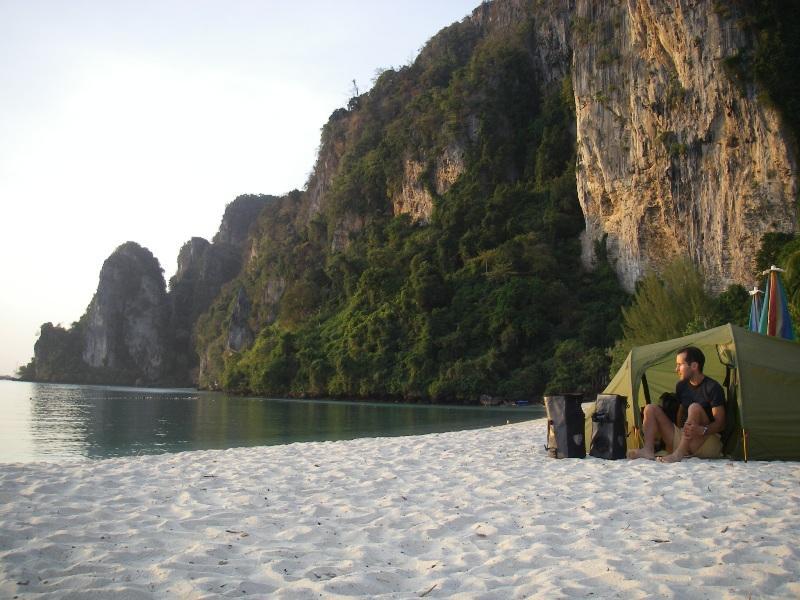 Symptoms after your sixth tour:

- You have just bought a wonderful made-to-measure bike with your name written on it and you invite all your friends to admire "the beast" ecstatically.

- You find that three chainrings are a lot better for a tour of the Alps.

- You adore answering all the questions from novices on your personal web site and you love seeing how fast the personal messages come in.

- The start of your collection of newspaper articles is the new pride of your web site.

Symptoms after your 10th tour:

- Your panniers are still full of stuff even when you're not on the road because, you find, they make excellent cushions on the sofa.

- Your partner reluctantly decides that going cycle-touring with you is the only way to save the marriage.

- You have an intimate knowledge of at least three continents and you have just enrolled for an advanced class in Mandarin.

- You now cover more kilometres a year on your bike than in your car. 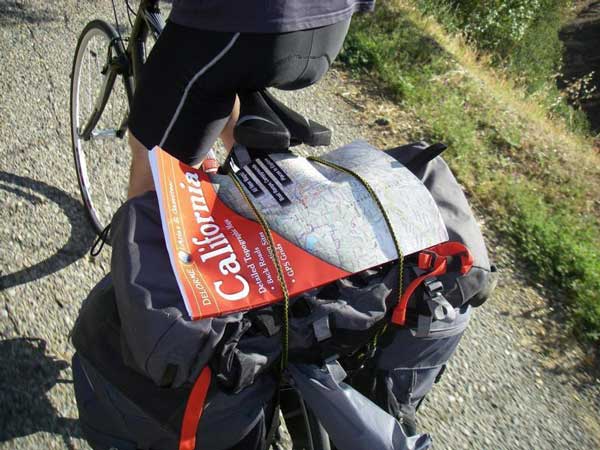 Even maps are large in the USA.

Symptoms after your 18th tour:

- You've changed your tent at least five times because the promises that tentmakers make have no relation with the technical indications in their catalogues.

- Your boss is tired of seeing you turn up yet again to ask for more time off because you now spend as much time on two wheels as you do in the office.

- Your bike is smothered in stickers advertising so-called sponsors because you're proud they can make so much money from your efforts in return for "giving" you a voucher for 15 per cent off the price of anything you buy there.

Symptoms after your 25th tour:

- If your partner is still not a cyclist, he/she threatens to leave if you don't stop cycling before the end of the year.

- You know everything ever made for cycle-tourists and you adore telling companies how to improve their products.

- Your neighbours have run out of excuses for not collecting your mail, not looking after your house keys, not storing things. They simply avoid you. They find it the easiest way.

Symptoms after your 30th tour:

- You regularly give talks at local old folk's homes, where you pinned up your poster in the hope that it might inspire young people.

- Your level of cycling will soon be at least as good as that of a local racer making a comeback.

- You go back to countries you've already visited because, like you and your bike, they change. And after all, you can't yet get to the moon by bike.

- Airlines have lost or destroyed at least two of your bikes. 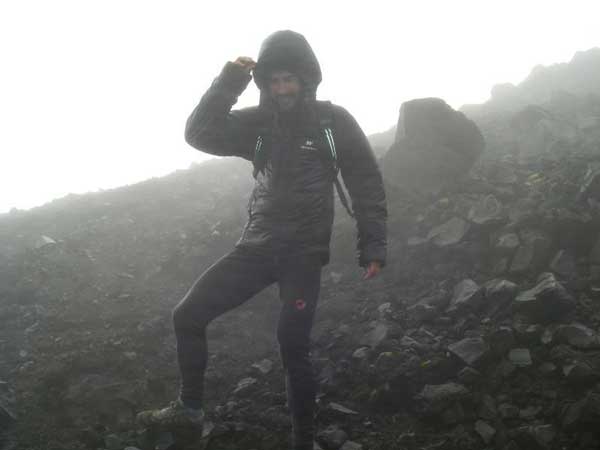 Symptoms after the 50th tour:

- You have at least three touring bikes in your otherwise empty garage, plus two trailers, two recumbents, a trike and all sorts of bike bags. A car? And what would you do with that?

- You know people all over the world and you're close to overloading your list of friends on Facebook.

- You're tired of all the stupid questions that novices ask about your bike and the way you live.

- Everyone thinks you belong to a sect.

Symptoms after your 100th tour:

- You can't remember how many countries you've visited.

- You prefer 'high risk' countries to be sure of not coming across other tourists.

- You are the champion of knocking on doors and asking for somewhere to stay. You're so good that you no longer see the point in lugging a tent and stove.

- You no longer worry about looking like a hobo. Not now it's already too late, anyway.

- You've been out of the country so long you're not sure you've still got the papers you need to get back in again.

- You've had one heck of a good life!

This was first published on crazyguywithabike and is reproduced here with Bruno's permission.