Outdoor publishing specialists Cicerone have released a new guidebook for cycling the Loire bike route from the Massif Central to the Atlantic coast. Bob Zeller checks it out. 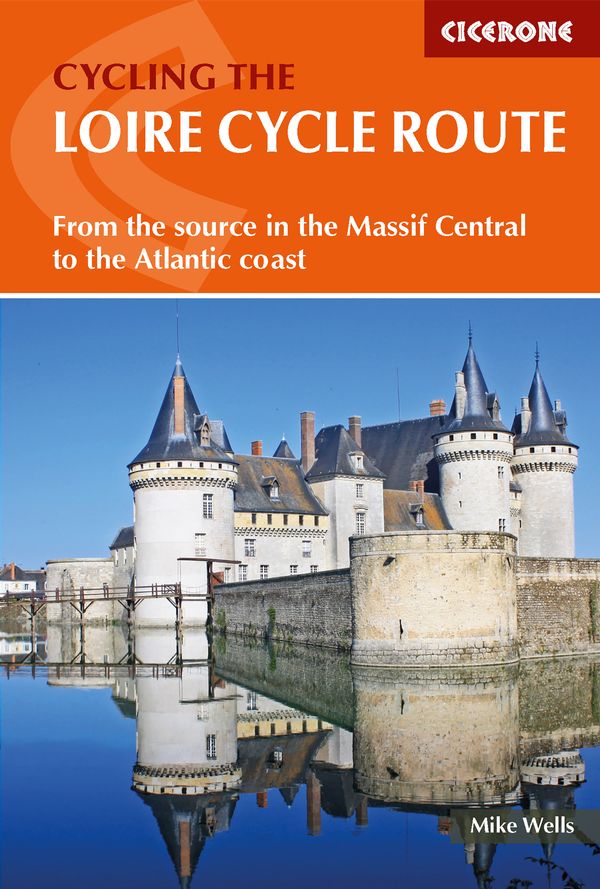 The river Loire is the longest in France and winds its way from the volcanic Massif Central all the way to the sandy beaches of the Atlantic Coast. It's a route covering more 1052 kilometres (654 mile), including a section of EuroVélo 6 and the popular, waymarked Loire à Vélo.

When I read the first line in Mike Wells new book, Cycling the Loire Cycle Route, I knew I was reading a book written by someone who loves cycle touring. Because to tour by bike is the very essence of getting your head deep into your surroundings. On a bike, you aren’t whizzing by things so fast that you miss everything but the most obvious. In fact, you often seem to be absorbing things by osmosis alone. But to get the best out of a tour, you have to do your homework.

So when I sat down, one windy, rainy autumn Northern Ireland day to start reading Wells’ book, I expected a treat. And now that I have read it, I know that I was right. In fact, I was so right, the book will likely be the basis for a tour in the Loire Valley next year. I won’t be the only one. The Loire Route, going as it does through a part of France that has a “gentler, slower pace of life than in the great cities...” is the most popular cycle route in all France.

Wells’ introduction of this wonderful route is unlike that of many route guides which focus almost entirely on the route. Instead, he starts with the assumption that most readers will want to understand the people and the countryside of the Loire Valley every bit as much as to whether he or she should turn right or left at a particular junction. And Wells is right. 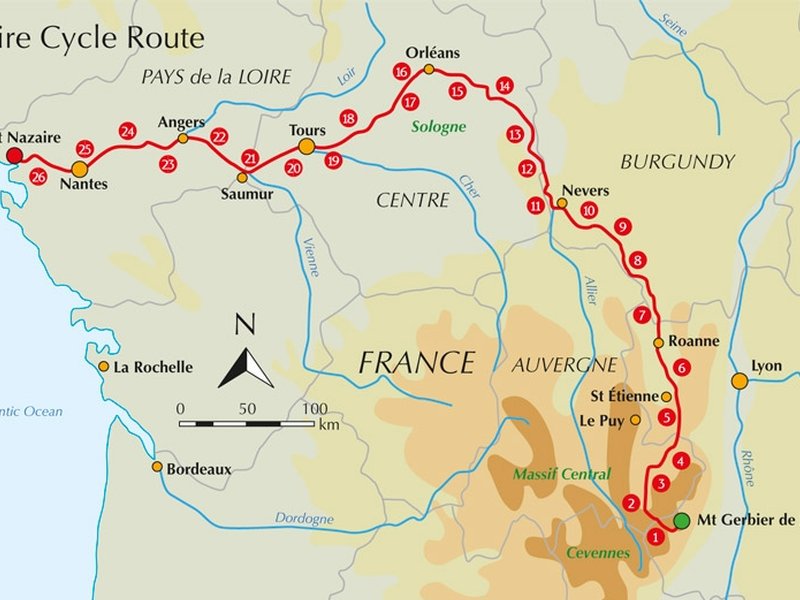 Most touring cyclists enjoy the ambience of where they are cycling as much as the actual turning of the pedals. For them, Wells provides all kinds of interesting detail. Readers are not only told where the famous châteaux and cathedrals are located, for example, but why they are located there, and who the owners were.

To Wells, the history of the Loire Valley is every bit as important as are its chateaux, so starting with the Roman occupation, and going pretty much to the present, he provides it. Not in huge detail, mind you, but in just nine or so fascinating but concise – and never boring – pages. He does much the same with the food and wine. There is such a wide variety of both to experience along the route and Wells manages to provide a first class overview of them. 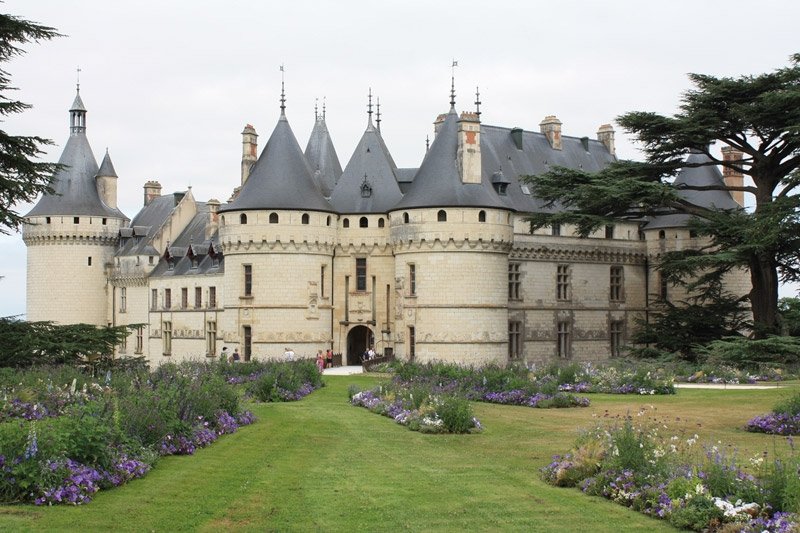 But all of this is just an introduction to a fantastic route and it is the route that will be ultimately judged.

The route can be ridden in either direction, and many thousands of cyclists ride each way each year. However, a guidebook needs to go in one direction, so Wells assumes that most people riding it would prefer to get in as much downhill advantage as possible and thus start their riding either at Mt Gerbier de Jonc, the source of the Loire, or at least ride towards the Atlantic coast from wherever they chose to start. Remember though, for those who do want to start at the official starting point, Mt Gerbier de Jonc isn’t the easiest of places to get to. Fortunately, Wells provides solutions.

Equally important, at least in my view perhaps, Wells discusses what type of bike and tyre widths are appropriate. It’s important because as is the case for many Continental routes developed for cyclists these days, some portions of the Loire route have gravel-covered cycle tracks. Not all. In fact, most are asphalt covered as are, of course, the quiet roads that the route also uses. But there are some gravelled sections and for me, with a touring bike that was made in 1978, the type of surface is critical. I have 23s on my bike (as was the norm in 1978) and that’s the biggest tyre I can fit. Not the best tyre width for gravelled surfaces, but Wells does say that really just about any cycle will be fine.

Then, Wells provides a look at the route itself. The Loire is very long, the longest river in France, in fact, and thus the route is longer than many people might have time for, so he divides the actual 1052km cycle route into 26 sensibly-sized stages. For me, that means I would need about three weeks to do the entire distance allowing for some of off-bike days. But, bear in mind the complications of the Mount Gerbier de Jonc starting point. Getting home from St Nazaire is very much easier with excellent connections to Paris and elsewhere. See bike-train information here.

The detail of each stage’s presentation is really easy to follow. Route directions are quite specific and indeed, very well supported by small maps covering the full day’s ride. These maps, drawn to a scale of 1:150,000, and with plenty of detail, are easily read and comprehended. So much so, in fact, that I would imagine they could possibly be the only maps you would need, although I would always have the appropriate IGN or Michelin maps in my handlebar bag. By the way, for those who like to use GPS, as I do, Cicerone provides a download link details of which can be found on their website. And if you don’t use GPS and don’t glance too often at a map, then I suppose you can just go by the signage as Wells provides all the waymarking you’ll see along each stage.

At the end of the book you’ll find a most complete appendix with an enormous amount of data, all of which will make planning simpler. Each stage, for instance, is broken down by distance between each town on the stage, with cumulative distances alongside and the altitude of each of those towns in that stage. He then suggests the availability of meals and accommodation, tourist offices, bike shops and rail stations. Then, again for each stage, he gives addresses, phone numbers and website details of the tourist offices as well as contact information for hostels and gites. And finally, as is so often the case with Cicerone cycling books, there is a really complete list of contacts of various cycling organisations, ferry and other transport companies and cartographic companies before he closes off with a French/English language glossary.

It’s all great stuff. Read and enjoy it, but remember the only thing better than reading a well presented touring guide is actually do the ride.

The guidebook is called Cycling the Loire Cycle Route and is written by Mike Wells. It is published by Cicerone.

More links for cycling in the Loire