Guidebook for cycling the Canal de Garonne from Bordeaux to Toulouse

At last! An English-language guidebook from a mainstream publisher for cycling the Canal de Garonne from Bordeaux to Toulouse. Here is how to get your hands on the latest Cicerone guidebook. 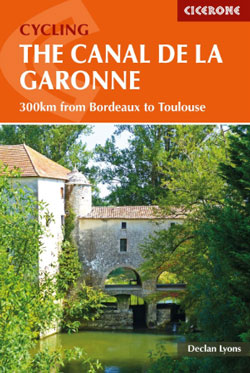 It's been a long time coming but – finally – a mainstream guidebook publisher has released a guidebook in English for cycling the Canal de Garonne from Bordeaux to Toulouse.

The latest Cicerone guide is a companion for the Canal du Midi guide, which has also been recently updated and re-released. Both books are by the same author, Declan Lyons, which provides good continuity given that the two canals are so often combined into the one ride.

Regular readers of Freewheeling France will know that we are fans of Cicerone. In a world of mass markets and multinationals, Cicerone is an independent publisher that does what it says on the tin: it specialises in walking and cycling guidebooks for walkers and cyclists. No nonsense or gimmicks.

The Canal de Garonne guide follows the 300-odd kilometres from Bordeaux-Toulouse, from the banks of the river Garonne in Bordeaux to the 'pink city' of Toulouse.

However there's a bonus 'prologue' section, with the book actually starting in Bordeaux and taking a 135km roundtrip the west to the Atlantic coast beach at Lacanau.

This is an excellent add-on as it means the book links to the EuroVelo 1 La Velodyssey bike route, which comes down the coast from Brittany and continues through to Spain – anyone riding the EV1 can easily use this book and its companion Canal du Midi book to link from the Atlantic Coast right through to the Mediterranean.

Here is a map of the full route covered in the book.

For me, the Lacanau stretch is an attractive alternative to following the 'official' Canal des Deux Mers à Vélo down from Royan because the west coast beaches really are something special, even if the ride through the forests from Lacanau itelf is a bit same-ish.

From Bordeaux the route heads off along the Roger Lapebie bike path – a splendid greenway comprising of a converted railway line. It makes an excellent introduction to the route, which the book breaks up into 6 stages.

There are overnight stops in Sauveterre, Marmande, Buzet-sue-Baise, Agen, Moissac, Montauban and Toulouse. These are fairly standard stages for this route and fairly similar to the ones we suggest in our DIY itinerary.

There are also a 3 further 'excursions' that can be ridden as day rides – two from Agen and a third from Pont Auvillar during the Moissac stage. 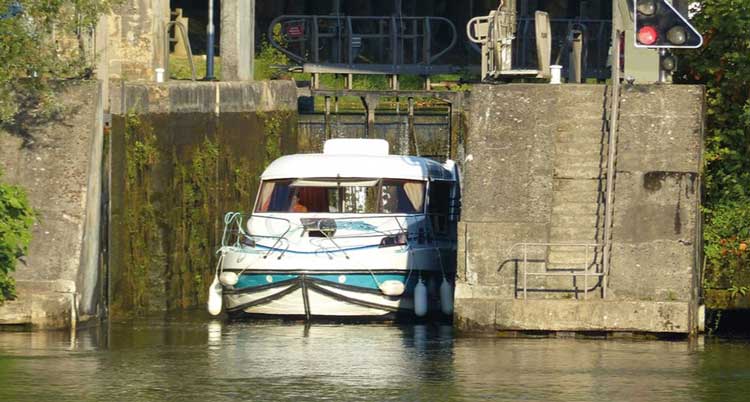 As with all Cicerone guides, the book has detailed route instructions plus detailed maps, and appendices stashed full of local bike shop and tourist information contacts. The commentary is interspersed with tourist info and sites to see, as well as tips for finding local restaurants, rest points, etc.

Here's how the Garonne route (red) links into the Canal du Midi route in green (see here for the Midi book).

You can support independent guidebook publishing by clicking here to buy this guide direct from the publisher, Cicerone, who ship worldwide from their UK office.

Help with bike hire from Bordeaux to Toulouse

Accommodation for cycling Bordeaux to Sete

If you'd like accommodation, mapping and baggage transfer support on this route, email us your requirements via this link.

Get up-to-date reports on the quality of this and other routes by joining our Facebook group.