We're cycling the La Vélo Francette bike route from La Rochelle to Caen – here's the final Pont-d'Ouilly to Caen stretch (and then a bit in Paris). 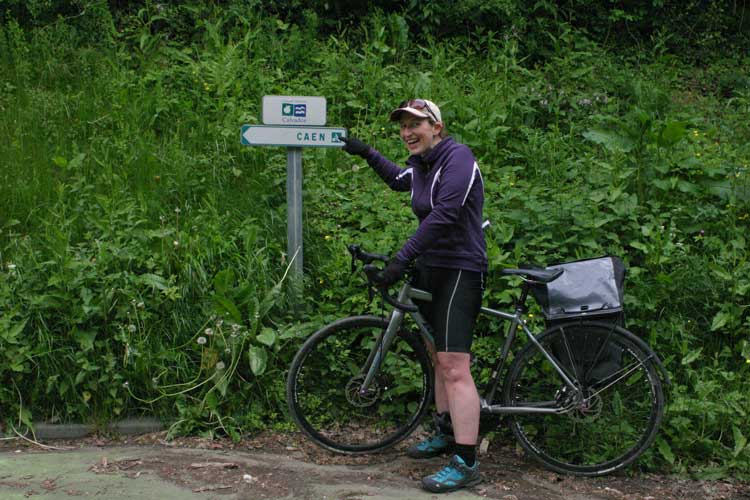 The final leg of our La Rochelle to Caen ride takes us from Pont-d'Ouilly to Caen in Calvados, Lower Normandy. Here's how we got on. 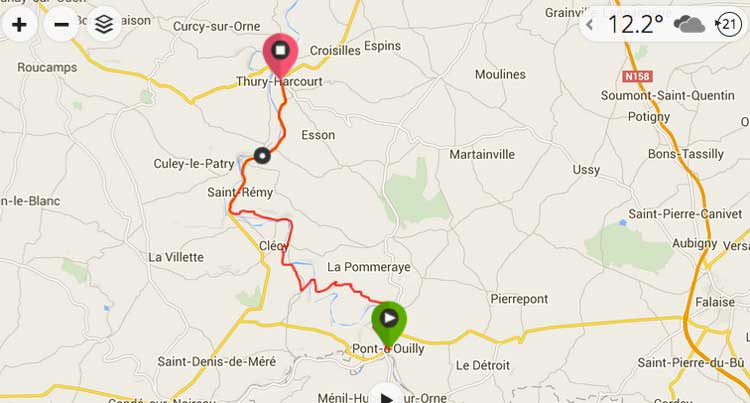 This was a truly beautiful part of the journey, though somewhat more difficult than previous sections. The road out of Pont-d'Ouilly is hilly pretty much whichever way you go. The climbs aren't long and they're not cols by any means, but there are some cheeky ones and they can come as a surprise after so many days of flat riding. As Janet, who'd we'd met the day before, had said: "They don't call it 'Swiss Normandy' for nothing." 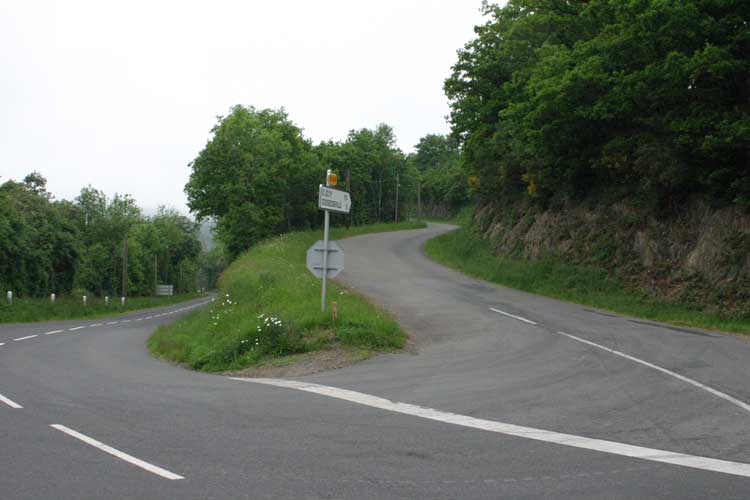 When we rode this area (May 2015), the official La Velo Francette signage was not yet in place (this area is lagging a bit behind with the infrastructure; it's hoped it will be complete by the end of June 2015, but check ahead with tourist boards and carry maps/GPS if you are cycling in summer 2015 – just in case).

On the advice of the local tourist office, we followed the signs out of town towards Clécy, a local holiday hotspot on the river and teeming with canoe and kayak action. The views en route weren't bad either. 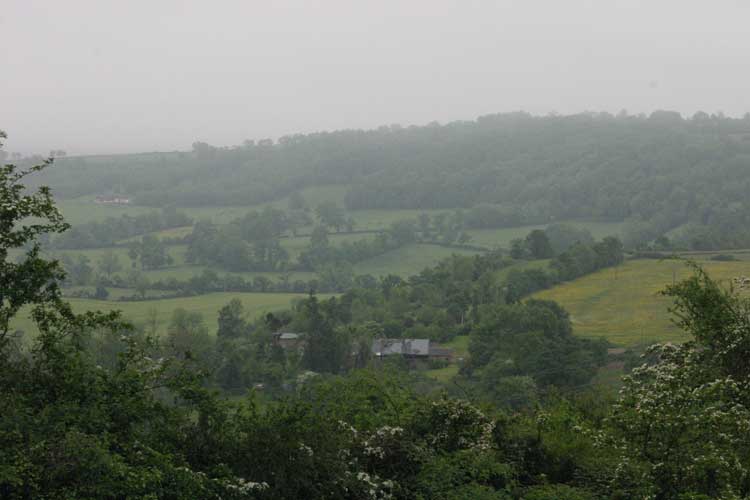 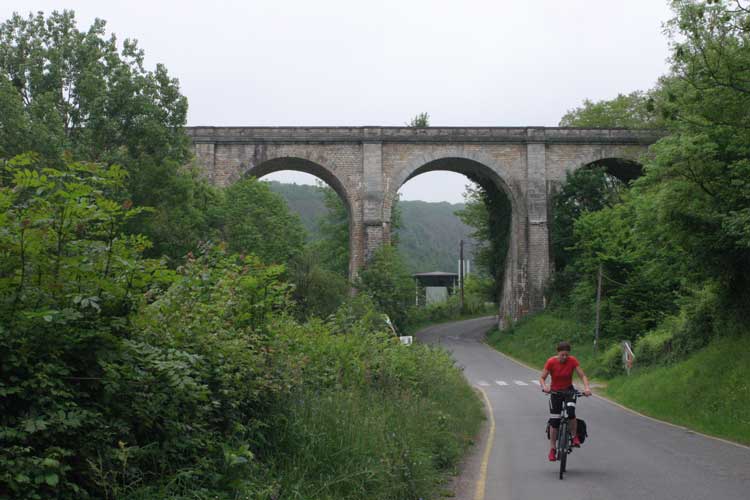 Here are the boats Nicky suggested we take in lieu of climbing any more hills. 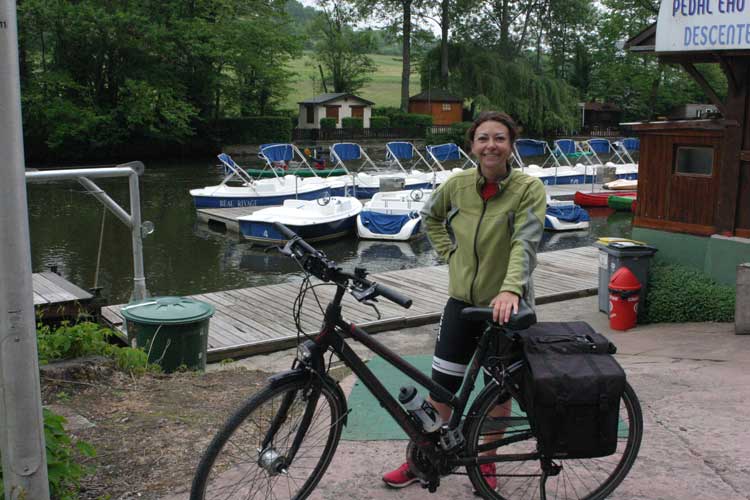 South of Saint-Rémy, we did a monumentally stupid thing and stayed on the D133B for too long, missing the backroad turnoff suggested on the official La Velo Francette website. We strayed onto the D562, which was a nice enough D-road until it progressed from a 70km/hr zone to a 90km/hr zone and, briefly but alarmingly, a two-carriage 110km/hr zone. Luckily for us it was a relatively quiet Saturday and traffic was light – it could have been much worse.

In any case, we made in tact to Thury-Harcourt, whose tourist office was most helpful with great local cycling info, maps and ultra-cool souvenirs and postcards for the kids.

This was a truly exceptional way to end the ride. The Thury-Harcourt to Caen voie verte is a super 27km cycling highway (you can download a PDF here).

It is a seemless piece of cycling infrastructure, complete with safety barriers to slow cycle traffic at local thoroughfares and villages. 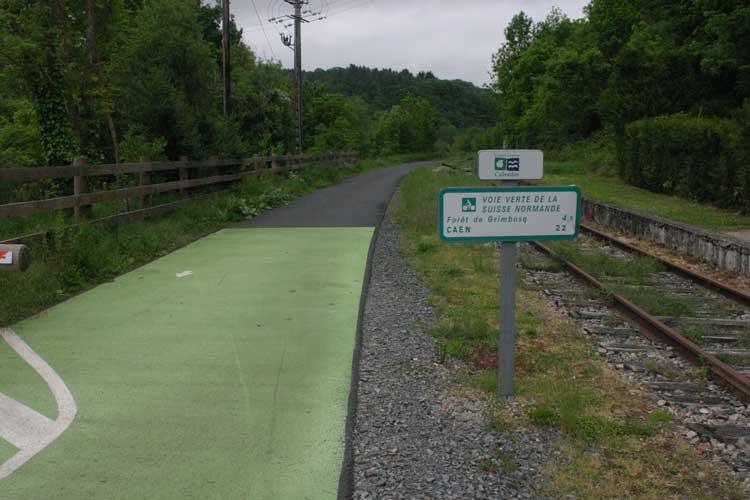 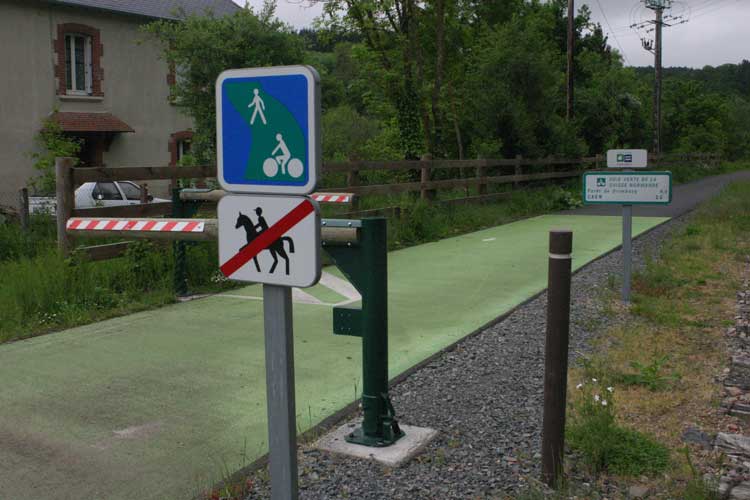 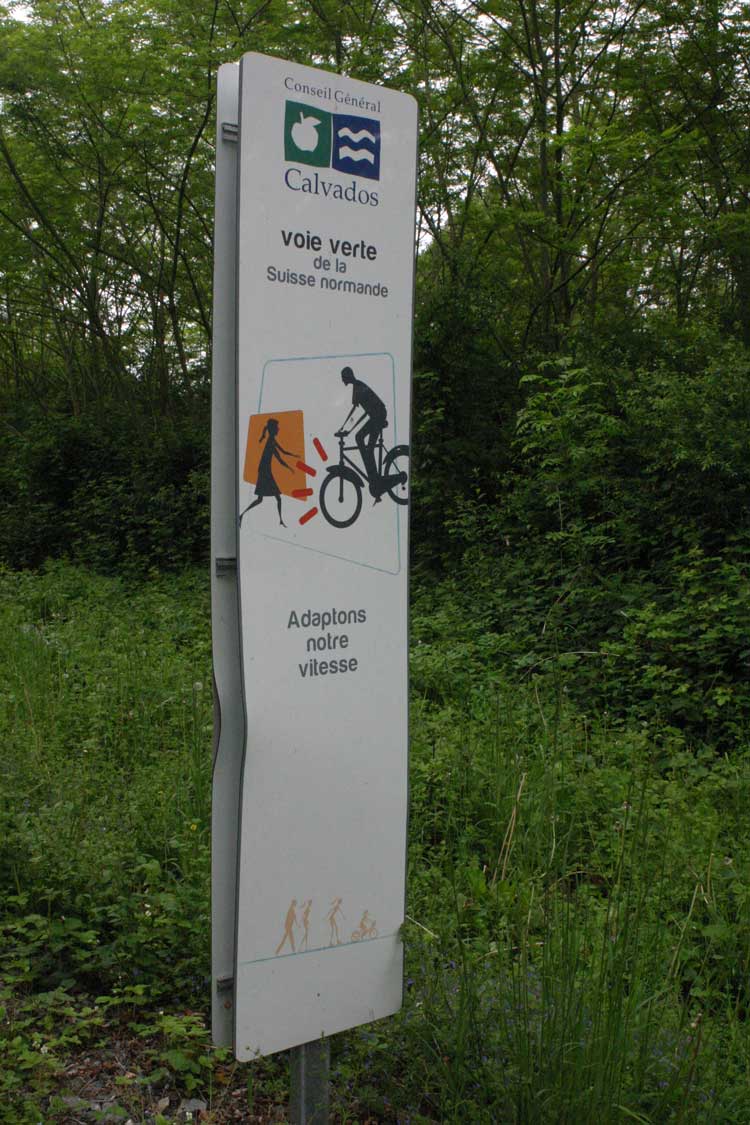 There are even horse rest areas for four-legged travellers. 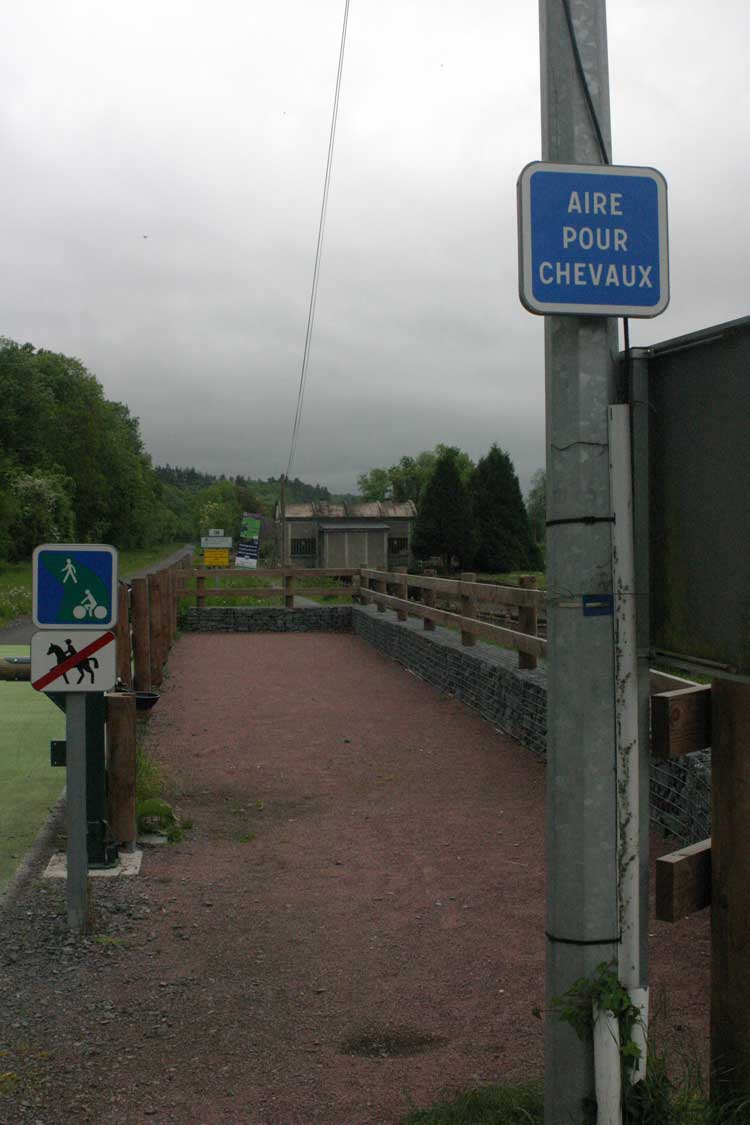 It starts at a disused railway tunnel. 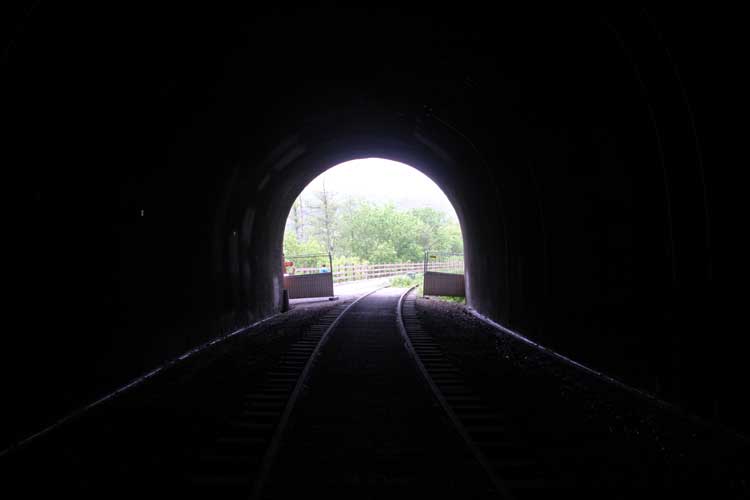 You emerge to see this. 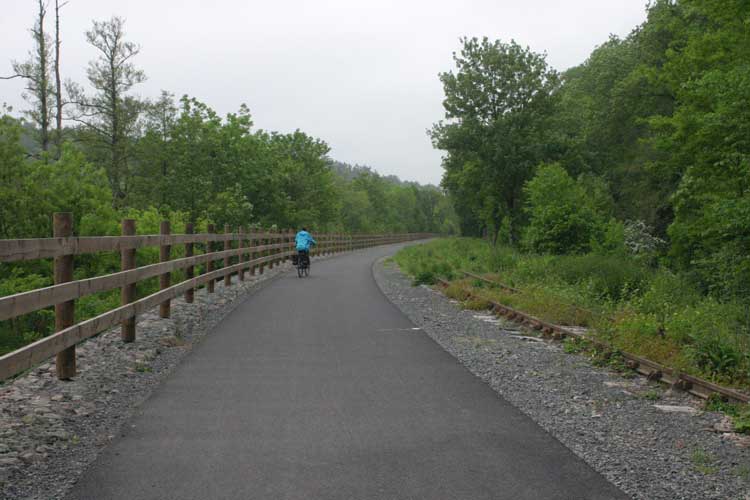 Here is the old station at Thury-Harcourt. There is a track leading south that will also soon be converted to extend the 27km distance even further. 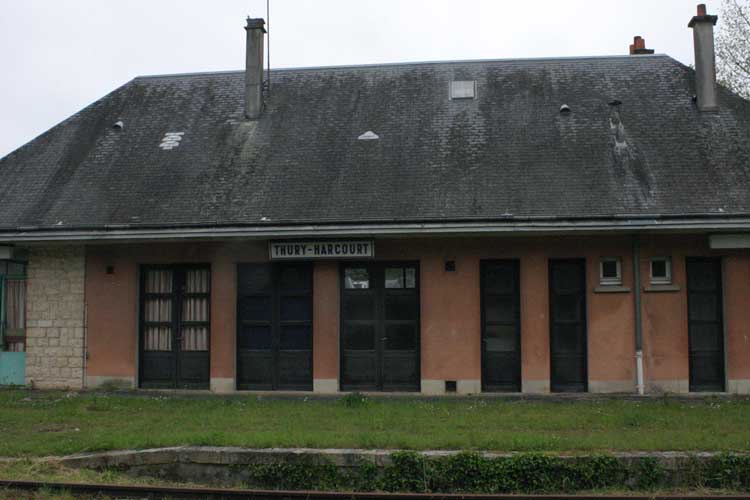 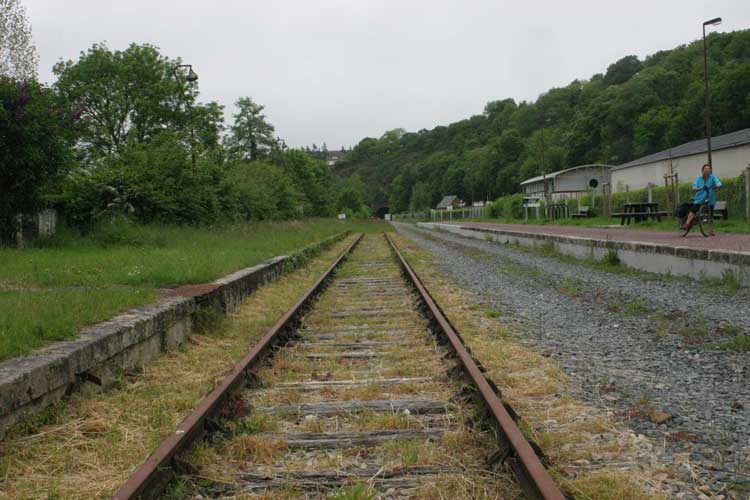 The voie verte delivered us right to the edge of Caen, with local signs guiding us to the train station (there are others for the ferry port via the Caen-Ouistreham voie verte and other cycling links). 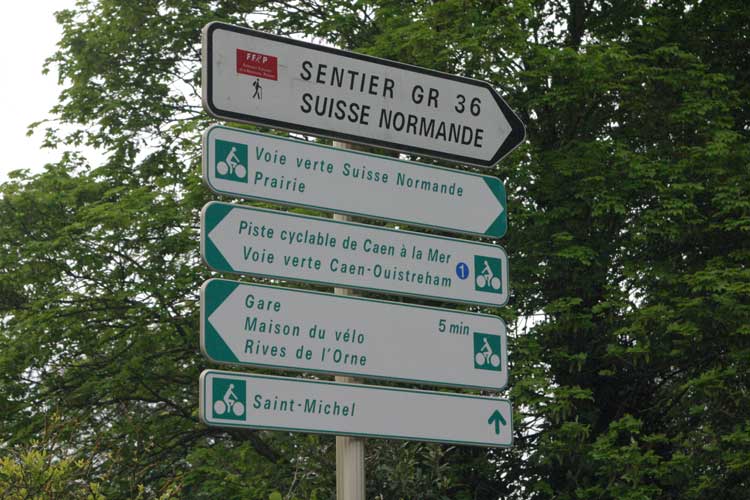 We scoffed down a quick celebratory lunch while we waited for our train to Paris. 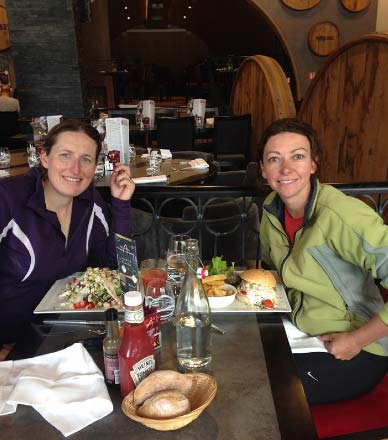 And then it was time to go home.

Parking was tough on the Intercities service from Caen to Paris St Lazare. While there was an impressive velo area on board, it was taken up by luggage (with airline tags from Australia, no less – I was tempted to track the owners down and provide them with some guidance on what a 'bike storage area' is designed to store). 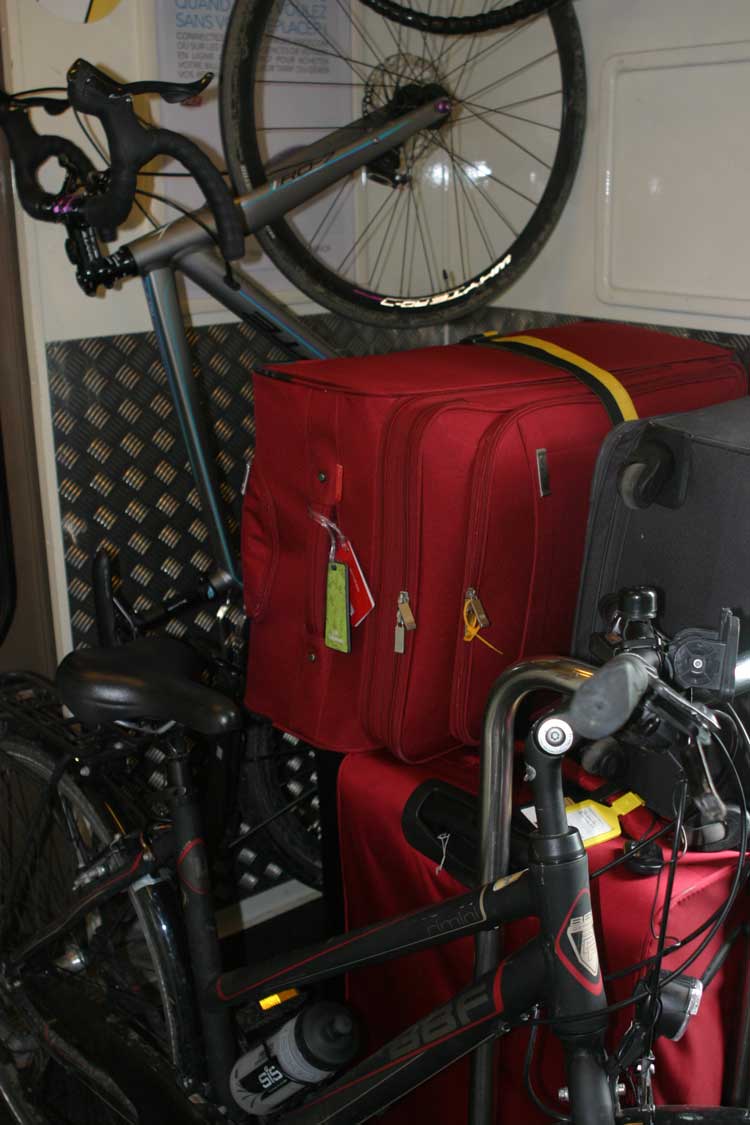 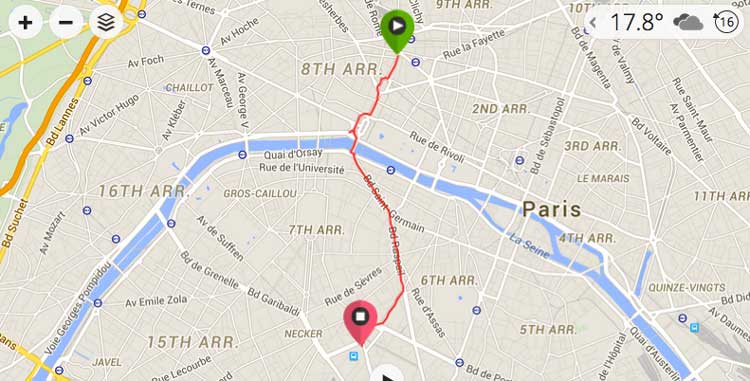 This was one of the highlights of the trip. I'd never cycled in Paris before and it was a short but exhilarating experience. We had a quick 4km hop south from Paris St Lazare, where the Caen trains come in, to Montparnasse, the station used by TGVs heading to the south-west.

From Montparnasse we took a TGV train back to Bordeaux, with our bikes having their own spot (and us the seats right next door). Note that bike reservations are need on TGV trains (and not all TGVs take bikes). See my train info page for more. 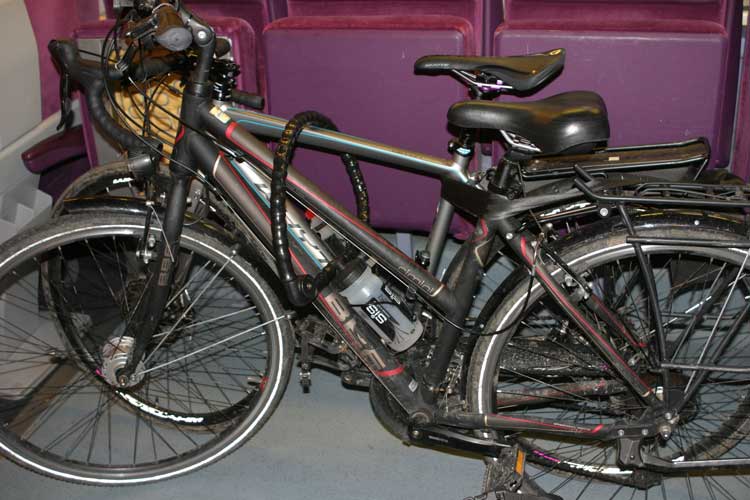 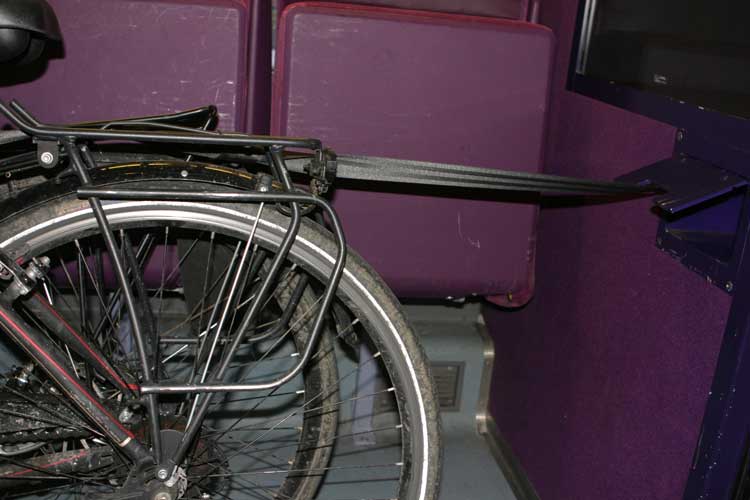 They were stored in a seat area with the seats folded up. We secured them using the pullout seat belt and tied them together with my bike lock for extra stability. Here are the multilingual instructions for bike storage on board. 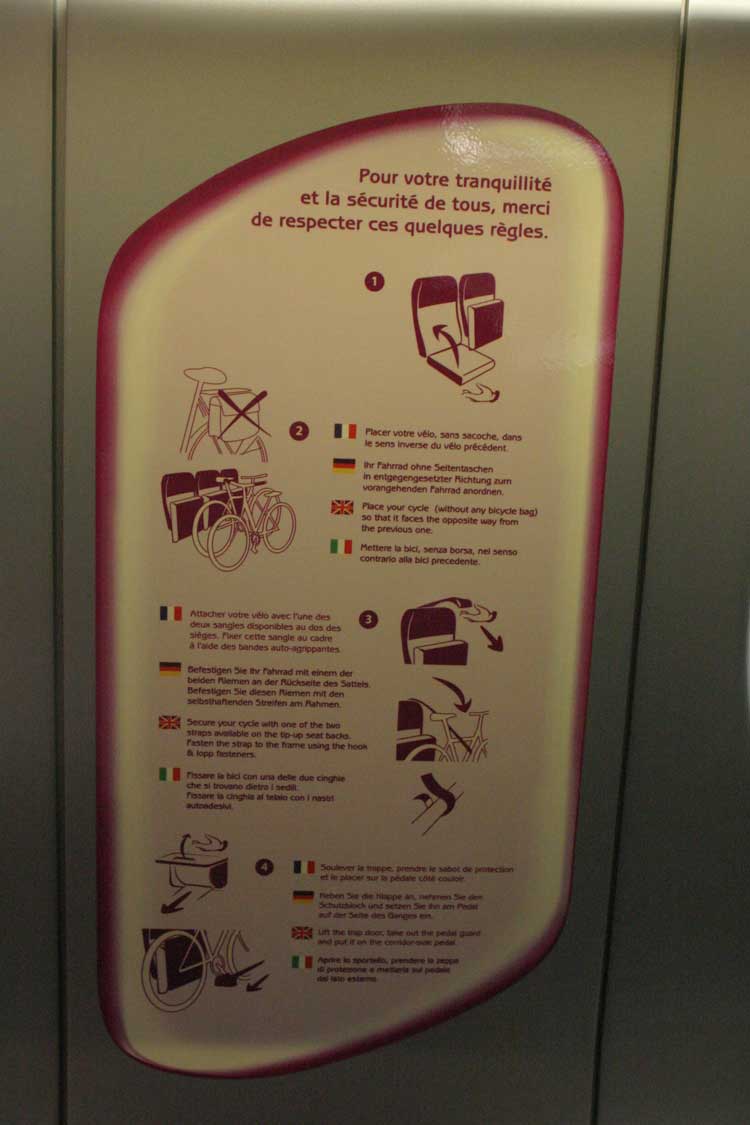 From Bordeaux, Nicky headed off to yet another exotic destination (I think I'd capably sold her on the merits of cycling in France again in the future). It was great to have an old friend along for the ride and it wouldn't have been half as much fun without her.

The following day I took a local TER Aquitaine service from Bordeaux to Castillon for a final 8km ride to our village. The new generation trains on that line are very impressive when it comes to bike carriage. 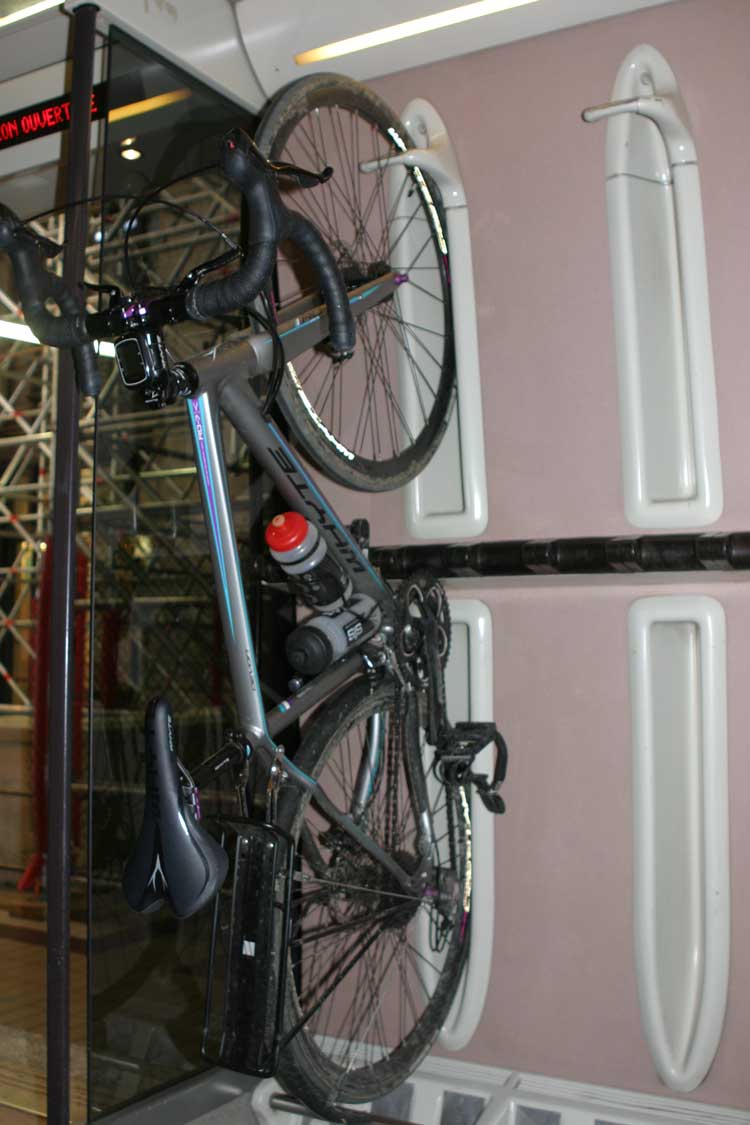 When I got home, a bike washing team was waiting for me. 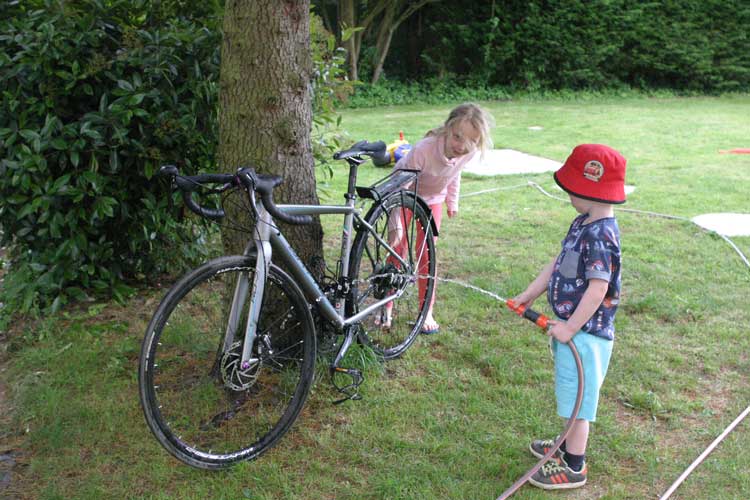 Read our full La Velo Francette journey on the blog.