Cabrerets and the Chemin de Halage on the Lot River

An easy day ride from Cabrerets to the Chemin de Halage on the Lot River, near Saint-Cirq-Lapopie and Pech Merle.

This is a family ride we did one weekend during a stay in the Lot Valley. We had driven down there to go to the superb prehistoric caves at Pech Merle, and had taken the bikes with us on the back of the car.

Unlike the (more) famous Lascaux further north in the Dordogne, the original Pech Merle cave system is still open to the public, thanks largely to its size and the cast-iron regulations authorities have imposed on tourism to the cave. Make sure you book a visit slot online in advance as there are tight controls on how many people are allowed in each day. All sessions are guided (you can book English slots but, predictably, there are not as many in English as in French). 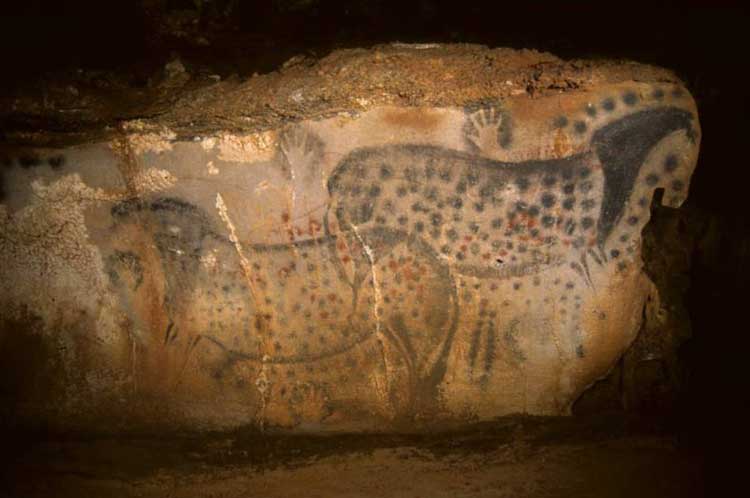 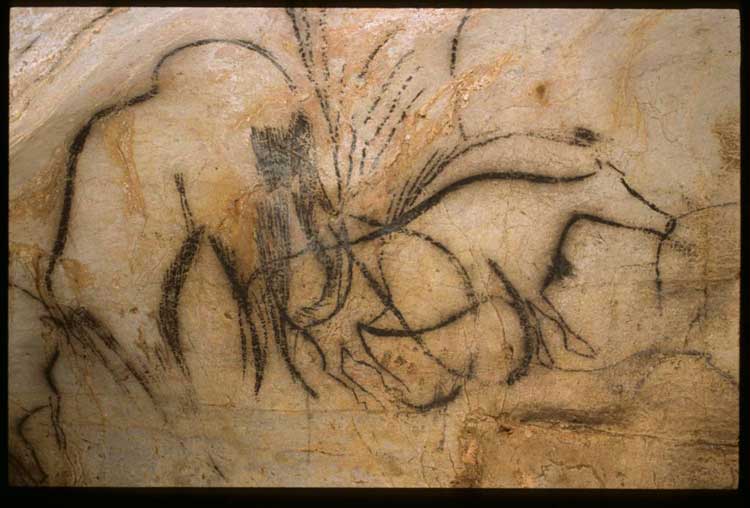 We stayed at Hotel des Grottes du Pech in Cabrerets, right on the river Célé. It was an excellent base, and had an old and dusty but perfectly functional bike shed that safely stored all four bikes. We liked that the hotel has links to the caves, having been started by one of the people who discovered Pech Merle as a teenager.

Pech Merle is not on our route map above as we did it on a separate day, but it is signposted from Cabrerets, and just 2.7km away via the D13 and D198. You can easily cycle there, or follow the footpath from the town.

Our bike route the day before took us down to where the smaller river Célé meets the grand Lot River at Bouziès. The river valleys of both the Lot and the Célé are perfectly flat here. 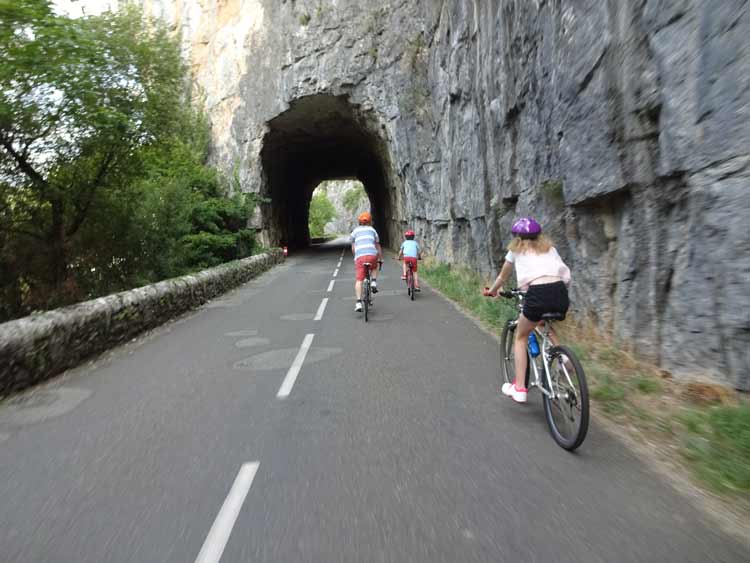 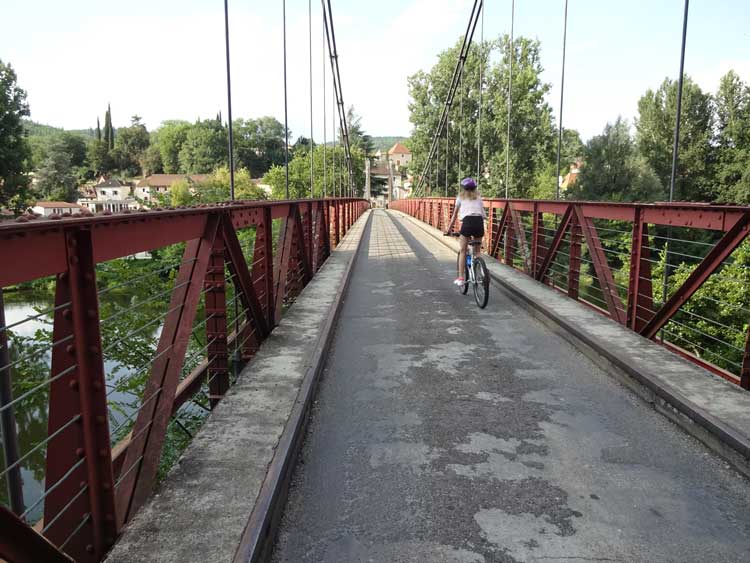 Top: The main D662 between Saint-Cirq Lapopie and Bouziès.
Above: The bridge over the river Lot near Bouziès.

The shared roads we followed on the north side of the Lot on this route were wide and safe for the kids, though we did comment that being based on the Célé river section at Cabrerets would be preferable to the main 'Lot River drag' in summer. The main D662 along the Lot is used as an access road to the hilltop Saint-Cirq-Lapopie, which is perhaps even more of an attraction in these parts than Pech Merle. Saint-Cirq-Lapopie is (rightly) labelled one of the most beautiful towns in France. It offers stunning views of the valley and is well worth the climb to the top (go early in the morning or late in the day in summer as it gets busy).

The first part of our route on the south side of the river Lot was off road. This section passes along the river on a rough towpath track and alongside farm fields until you get to the specatcular Chemin de Halage, an approximately 1km stretch with a 'tunnel' carved out of the rockface that allowed horses to pull barges along the river. You will see it on all the tourist brochures and it absolutely lives up to the hype. It's a stunning stretch of the river. Look out also for the rockface carvings by the artist Daniel Monnier. 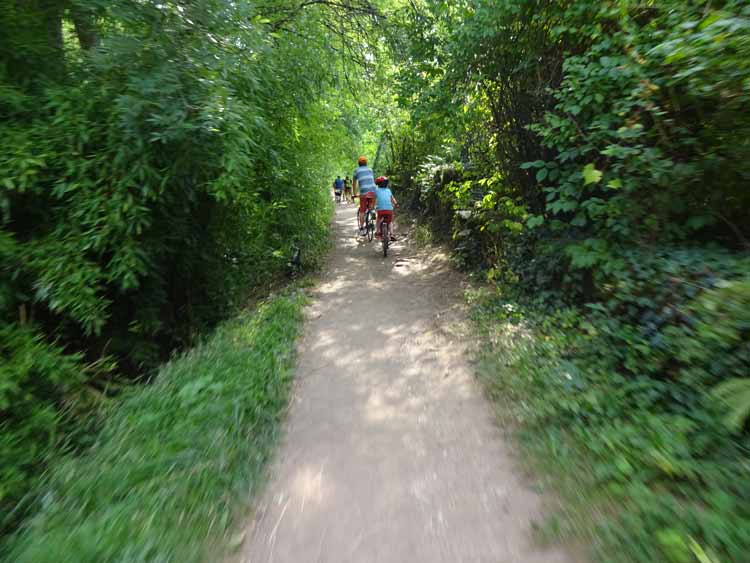 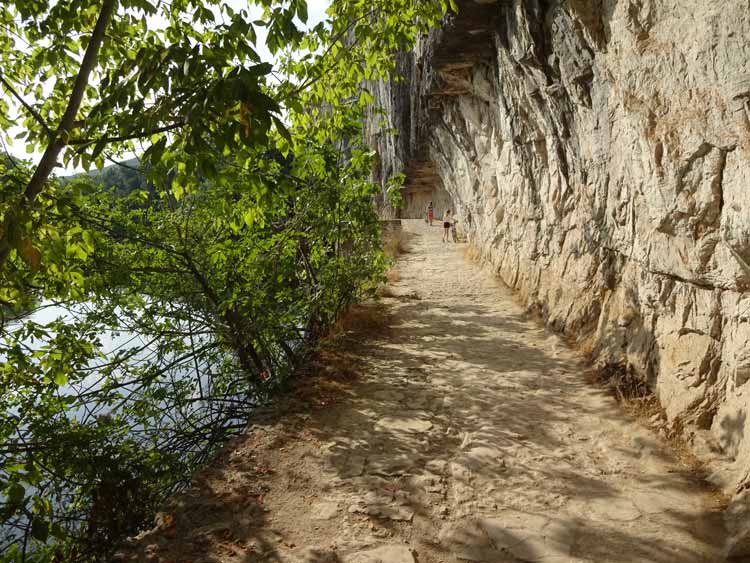 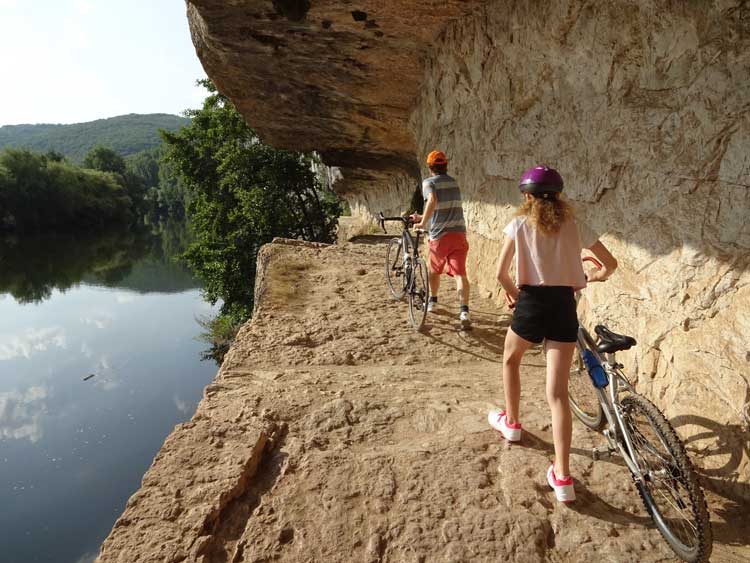 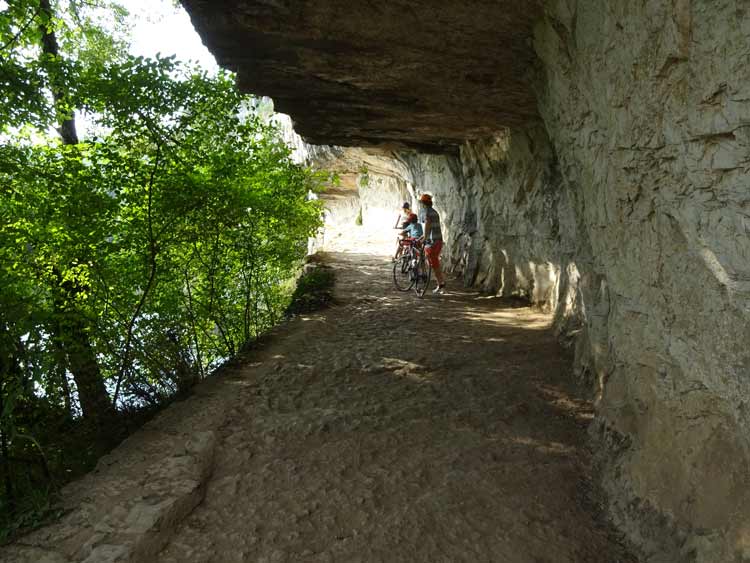 Ideally you need a mountain bike or hybrid to navigate this section of the route – the kids were at home on their VTTs but we had our road bikes, which we happily pushed through some sections, including along the bumpy Chemin de Halage. It was fine and we were in no hurry.

Over the last stretch you return to backroad cycling. This was a really pleasant ride along the river and through farmland to the base of the hill that leads to Saint-Cirq-Lapopie. 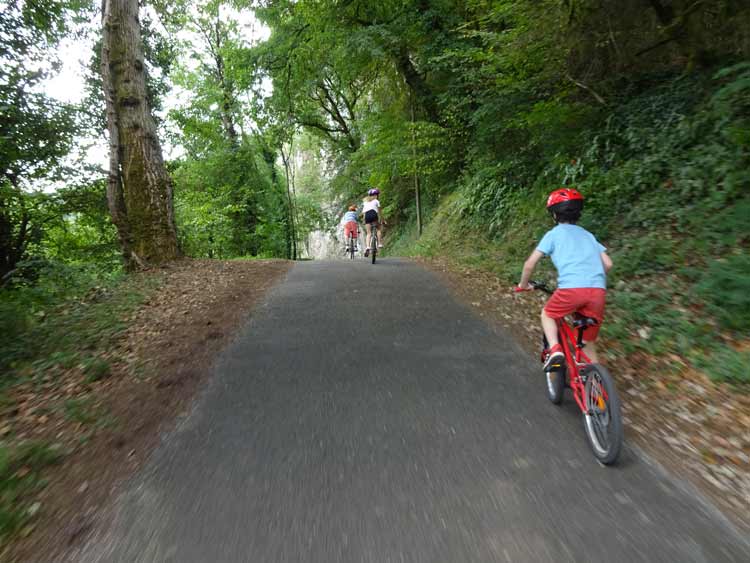 This was a thoroughly enjoyable day ride, and one I'd recommend to anyone with or without kids.

While the town of Saint-Cirq-Lapopie is an attraction in itself, for us, the true beauty in this area was the river and the way in which it is so easy to escape into nature to explore the river valley via backroads and tracks.

This area of the Lot with its gorges and relatively quiet roads is simply spectacular. The official/signposted Lot Valley bike route runs as far as Cahors, just to the west of here, but there are plans to extend it. In any case, it's easy enough to just continue following the river as it heads east – this part of France is truly stunning and perfect for exploration by bike.