The V90 Véloroute Voie Verte de la Vallée de l'Isle goes from Moulin-Neuf, near Montpon-Ménestérol on the Dordogne/Gironde border, to Perigueux. The V90 will eventually link right through to Libourne in the Gironde department, but at the time of writing (April 2018) it stopped at the Dordogne border. Even so, the train station at Montpon, just east of Moulin-Neuf, links through to Perigueux, making a one-way ride possible (the TER trains take bikes - just buy your ticket and walk on). You can also get to Libourne and Bordeaux by train from Montpon.

The V90 can be combined with this link route from Pergiueux to Thiviers to connect with the Flow bike route back to the Atlantic Coast. This can create a near circular route. The V90 also links to the Lawrence of Arabia route at Montpon, Perigueux and overlaps at various other points.

Here is the elevation from the western end to Perigueux. 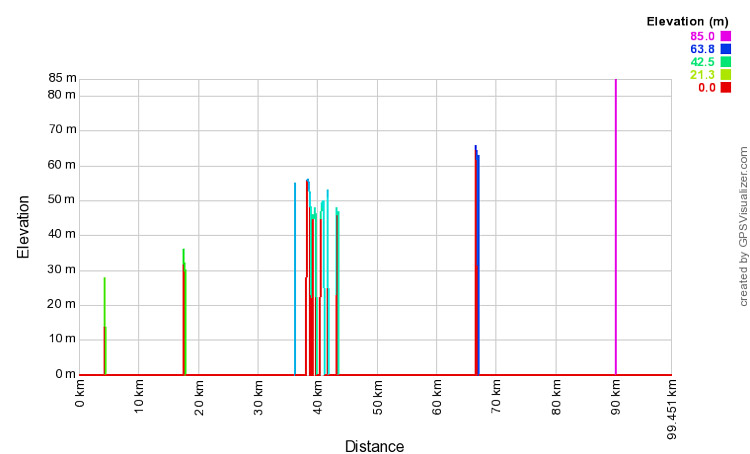