The Western Front Way is a cycling route as poignant, as powerful and as purposeful as any you are likely to ride, writes Lynette Eyb.

The Western Front Way is a long-distance route that follows the World War I line of No Man's Land from English Channel on the Belgian side of the French border, down through the battlefields of the Somme to the Swiss border.

The route was originally the idea of A.D. Gillespie, a yound soldier who after the Battle of Loos wrote home to suggest that a “beautiful road" be created along No Man's Land for "all nations to walk together in peace" after the war. He wrote it would be for visitors to "think and learn what war means from the silent witnesses on either side.”

I maintain there is no better way to conduct a war memorial trip than by bike. A bike allows you to move faster than on foot, but still in no way disturb the silence and the peace that has fallen.

The Western Front Way is an incredible journey of remembrance for anyone with an interest in Graat War history. All the major landmarks are here – from the Canadian memorial at Vimy Ridge, south of Lens, to Arras and Albert, and the spectacularly poignant Thiepval Memorial to the Missing and the cemeteries dotted around Beaumont-Hamel. The Australian National Memorial at Villers-Bretonneux is just off the route south-west of Albert, but easily accessble on local backroads or by loosely following the river from Bray-sur-Somme on the Somme Bike Route. 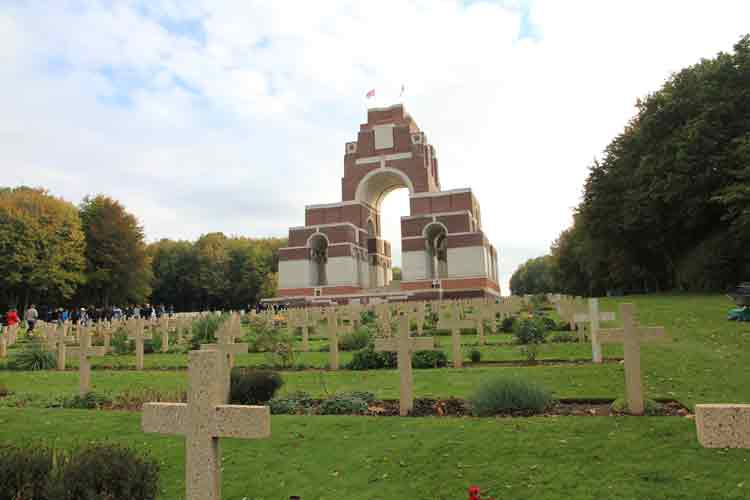 The Thiepval Memorial to the Missing. Photo by Samuel Crampon/Somme Tourisme

After the Somme, the Western Front Way continues down through the Champagne country, where peaceful, ordrerly lines of vines create a great deception. It's impossible to imagine how these fields were once full of blood and death and decay. Then it's on to Verdun, a place that amid such carnage is perhaps unmatched in French history for its loss and destruction.

The Battle of Verdun lasted 302 days – from February 21 to December 18, 1916 – and estimates put the casualty total at more the 377,200 French soldiers and 337,000 German. Some say those numbers are too conservative, with the real total well in excess of 1 million. Either way, neither figure takes into account local civilian casualties. The town of Fleury-devant-Douaumont alone changed hands some 16 times as both sides got bogged down in mud and were devastated by realities of war and the seemingly long, impossible road to victory ahead.

From Verdun the route charts the old No Man's Land frontier south to the Swiss border.

The Western Front Way is managed by a group of volunteers, working under the umbrella of a charity. They are signposting the route for walkers and cyclists with plaques of remembrance and in conjunction with local museums and tourism authorities. While for practical purposes the route as a set path, cyclists and walkers are encouraged to create their own detours to visit sites of personal significance or to uncover local stories of war and remembrance that were formed on battlefields farther afield.

The Western Front Way crosses with the Meuse Valley bike route at Verdun. If you wanted to, you could take the Meuse route back north and into the forests of the Ardennes to learn more about the battles that centred on that area. The last loss of World War One was in fact suffered here when the guns fell silent for the Armistace.

Running east to east is the Somme Valley Véloroute, which loosely follows the river. It crosses with the Western Front Way near Bray-sur-Somme and charts a path to the English Channel via Amiens. The two routes in fact run concurrently for a short while east of Bray-sur-Somme to a little south of Péronne.

For a slightly more recent but no less poignant remembrance ride, you can trace the D-Day beaches by bike on an excellent signposted network along the Normandy coast. Full details here. And see here for museums to add to your visitors' list. 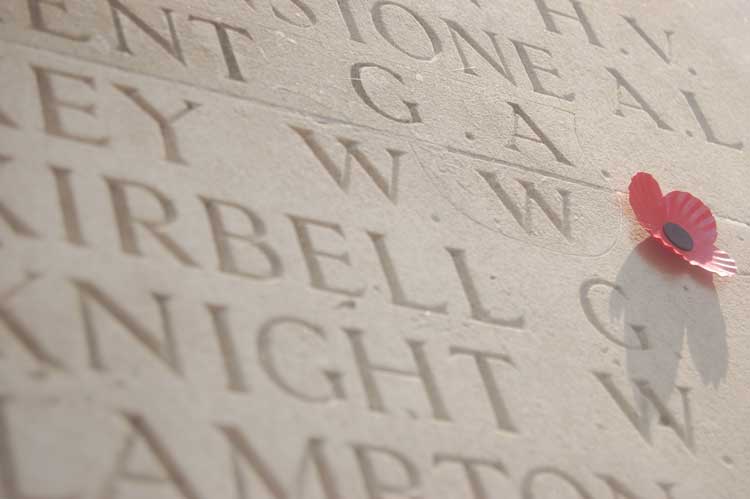 Some of the 72,337 names of missing British and South Africans etched on to the Thiepval Memorial. Photo by Samuel Crampon/Somme Tourisme